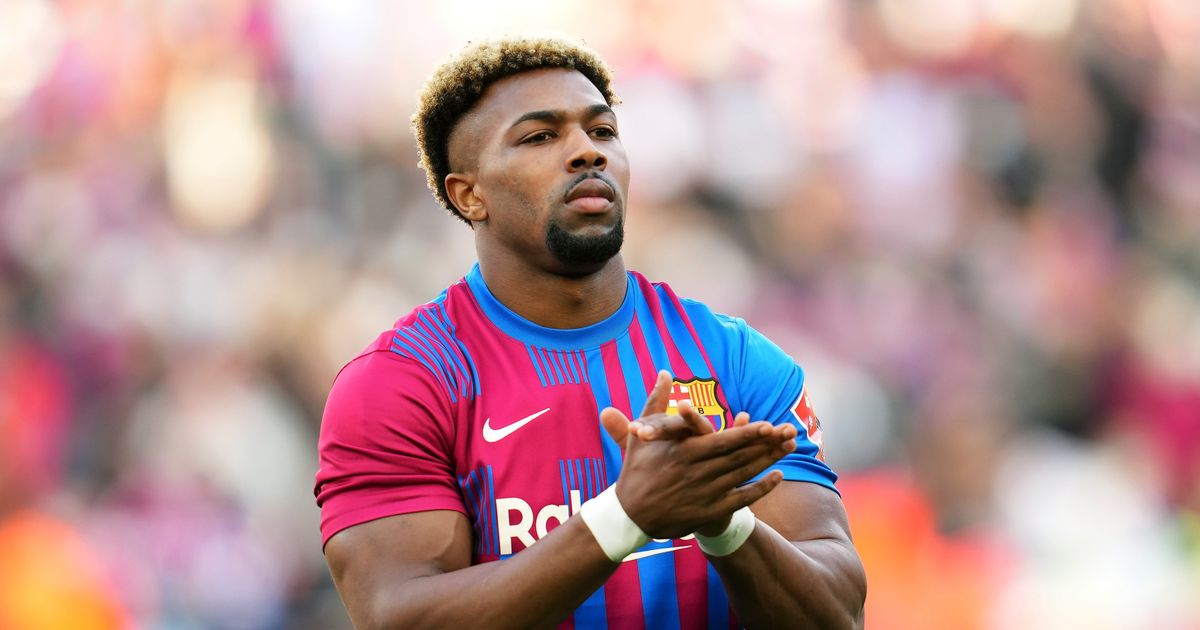 Bruno Lage backs Adama Traore to earn a permanent move to Barcelona from Wolves amid his impressive debut back in Spain.

Barca have loaned the 26-year-old from Wolves and have a £29million option to buy him in the summer, when he will have just one year left on his contract.

The Spain international made his first start back at his former club in their impressive 4-2 win over Atletico Madrid in La Liga on Sunday.

Traore, who made 154 appearances for Wolves and scored 11 goals, marked his first ever League start for Barca with an assist.

Playing on the right wing, Traore’s cross was headed in by Gavi to make it 2-1 as the hosts came from behind at the Nou Camp.

The star was later withdrawn and replaced by Pierre-Emerick Aubameyang with Barca on their way to victory to go fourth.

Traore was at Barcelona previously as a teenager having played four times for them in 2013 and 2014 but had never started a League game for them before.

He opted to return in January ahead of a potential move to Tottenham, who bid £15m.

Chiquinho,21, made his debut as a sub in the club’s FA Cup exit at home to Norwich.

And Lage admits the Sporting Lisbon academy graduate, who scored three times in the Primeira Liga side this season, is not yet ready to replace Traore.

Lage, speaking on Friday, assessed: “I believe Adama has everything to have success in his hometown and at his old club.

“I wish him all the best because everytime he was a good professional.

“Adama started very well the season and he should scored three or four goals.

“In between he had some games when he did not so well.

“But from the first day until the last day he worked very hard and he was very professional.

“I was very happy with him, especially in the last month with Pedro (Neto) out and Hwang out.

“He gave us a lot of impact when he jumped from the bench or started, it was very good.

“I was happy with him but in the end we also need to understand the club was talking with him to make a new contract for one year.

“They have plenty of time to reach an agreement with him but the player has his own ideas and the club find a way to protect themselves if Adama went to the end of the season with just one year left.

“Now I cannot ask Chiquinho after one week of work to do the same things that Adama was doing.

“Especially in the last month the impact Adama made in our three games coming on was very good.

“I cannot ask these type of things but Chiquinho is there if we need him.

“Chiquinho is a good player the club followed the last year.

“He can help now but is more for the future.

“He was doing well in Portugal, they asked me my opinion and the club decided to bring him in now.”

In this article:Barcelona, Featured, La Liga