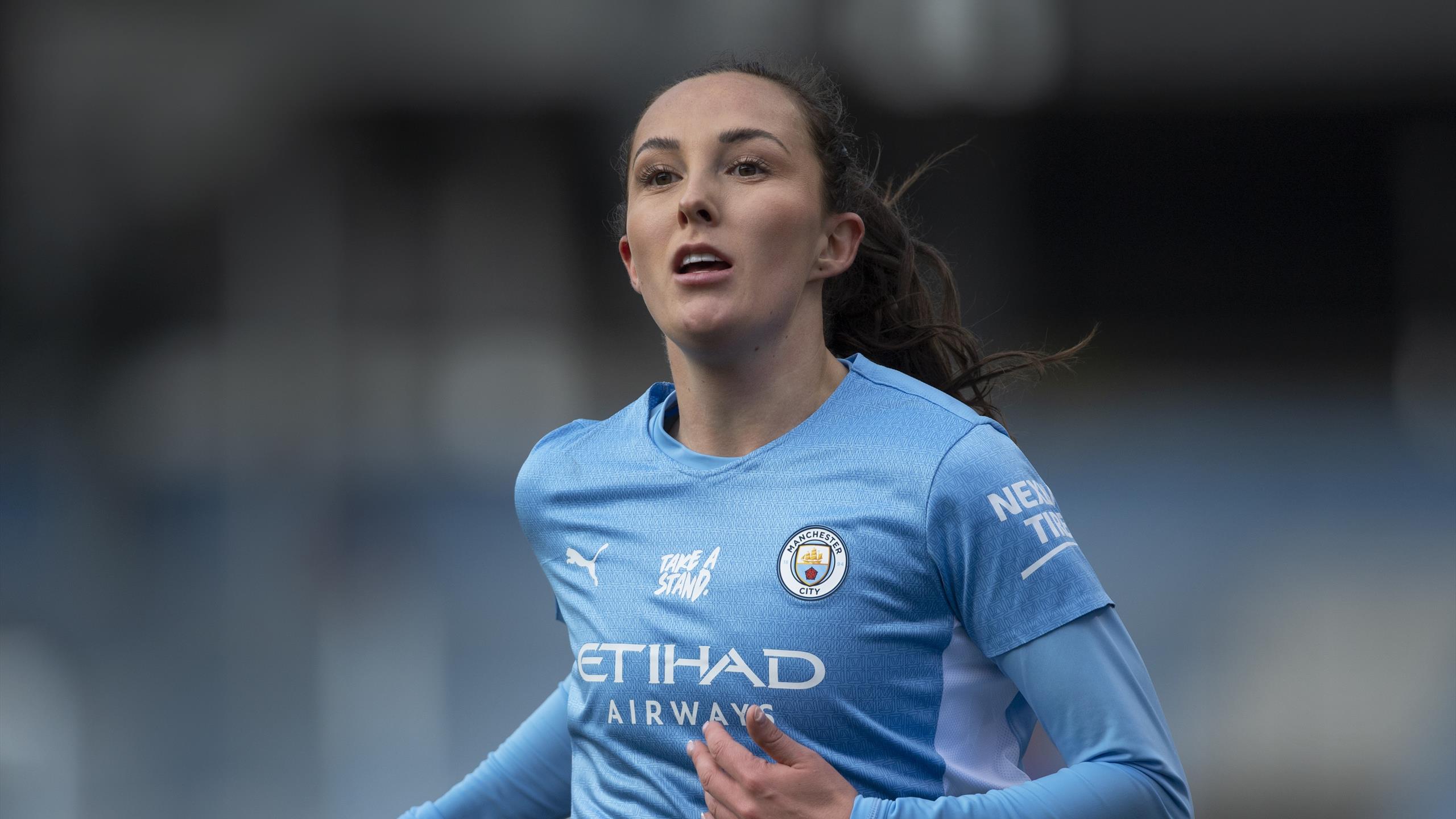 Manchester City left it late to triumph 1-0 over Manchester United at the Academy Stadium, thanks to Caroline Weir’s superb chipped finish.

Her effort was almost identical to the one that came in City’s 3-0 win in this fixture last season, and this victory moves them up to fifth – two points adrift of United in the Champions League places.

It was the perfect response to a 1-0 defeat away at Chelsea last week, with Weir providing a moment of magic in an otherwise cagey contest to secure three vital points for Gareth Taylor’s side.

The result was a blow for United’s title aspirations, with the Red Devils missing out on a chance to move within three points of Arsenal at the top of the table.

Meanwhile, Aston Villa recorded a crucial 2-0 win away at a struggling Everton side thanks to goals from Emily Gielnik and Ramona Petzelberger.

Carla Ward’s team sit ninth in the table with 16 points from 14 games, as the Villans bounced back from a 2-1 home loss to West Ham last week.

It was a fourth consecutive defeat for the Toffees, with Chris Roberts and Claire Ditchburn in interim charge following Jean-Luc Vasseur’s departure as boss at the start of this month. The Merseysiders sit 11th with 11 points from 13 games.