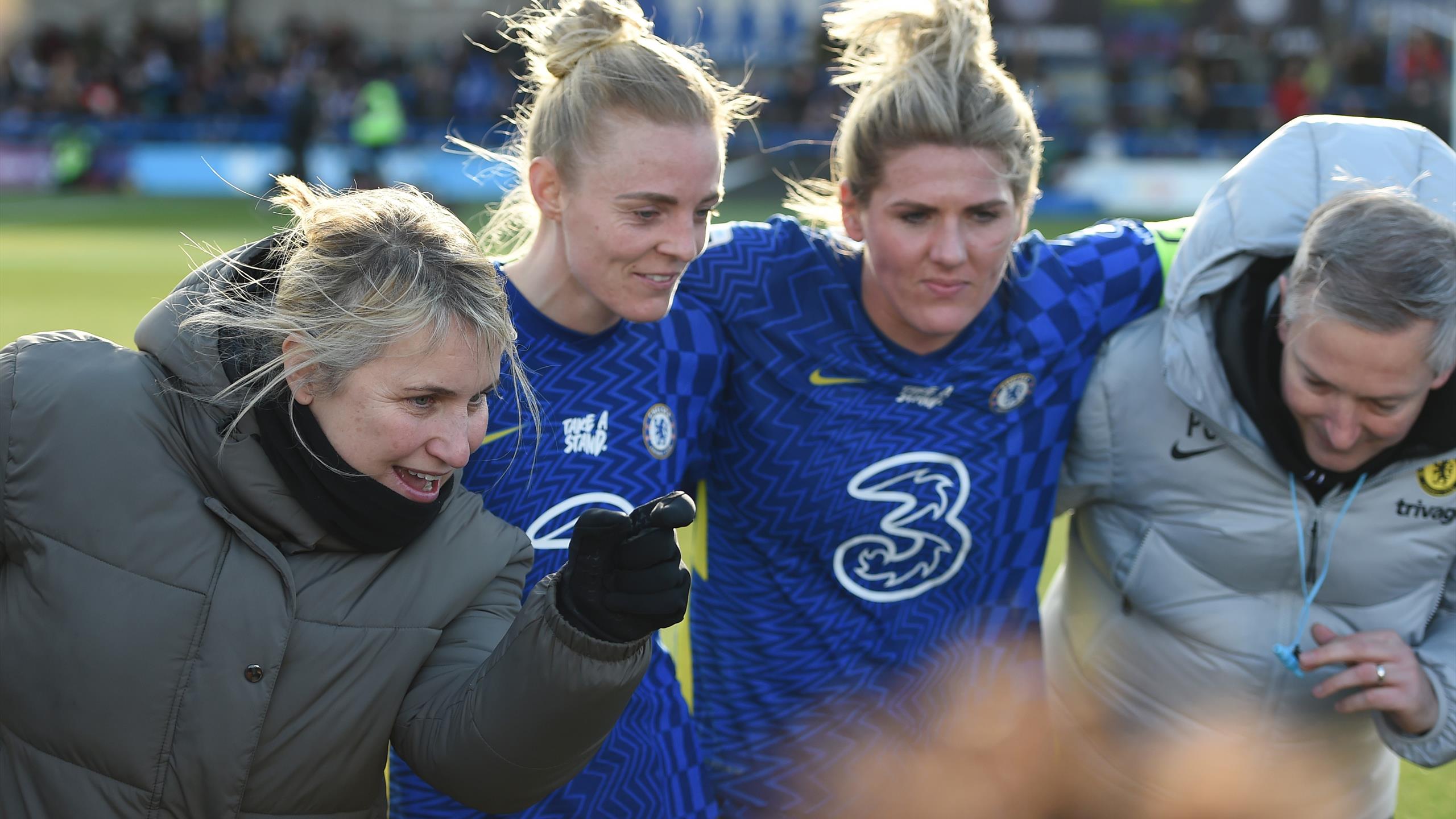 Chelsea boss Emma Hayes says she thinks her team are “in another stage of their evolution” as they bid to take the lead of the Women’s Super League on Friday night.

The Blues host league-leaders Arsenal at Kingsmeadow with the Gunners just two points in front at the top of the table.

A win would therefore give Hayes and her side the advantage going into the season run-in, especially as they will still have a game in hand.

‘She was exceptional’ – Hayes lauds ‘outrageous’ James after Chelsea debut

And she feels the encounter is coming at the right time for her group.

Talking to Sky Sports, she said: “My job is to put this team in a position to perform on Friday, that’s something they’re already doing really well.

“Everybody has played their part and contributed to where we’re at.

“I never think being at the top of our game is a permanent place, it’s cyclical, I think it’s game-to-game. But what I have realised is that we’ve been able to play without some of our top players in this recent period, who’ve produced performances for Chelsea over the years.

“And we’ve not only ground out results, but I think we’re finding another level to our play. So it’s a real testament to the strength in depth and shows what a fantastic squad we really do have.

“I think we found something else to us that reminds me that we’re in another stage of our evolution, our team’s going to another place.”

Hayes did however warn against letting the inevitable emotion of a London derby filter in her team’s performance.

She said: “I’ve always said I think London derbies play out much differently than other games. I don’t know what to expect on Friday, but I do know you’ve got two fantastic teams on show.

“It’s the same in any game where there’s rivalry, it plays on the emotion more than other games.

“Coaches would prefer less emotion in the game, but I know Arsenal are a team who’ve led from the front for the entire season and I know they’ll do everything they can to hang onto that.

“I won’t change as a manager, though. I don’t do anything different from week to week regardless of the opponent. I think that’s crucial. We can’t say ‘let’s get up for this one, and tone it down for the next one’.

“It’s all about consistent behaviours.”

Gunners head coach Jonas Eidevall also gave his thoughts to Sky in the lead-up to the encounter, accepting that the pressure is on his team but denying the game should be billed as a title-decider.

He said: “It fills us with a lot of belief going into Friday knowing everything is possible if we perform to our levels.

“It’s the most important game because it’s the next one. It’s three points in this game, like in any other in the league.

“We’re going to bring everything for it and, in the end, we will see how much it’s worth, winning the game on Friday.

“I’m a big fan of spending a lot of time on things you can control and that will affect your own performances.

“If you want to survive as a head coach, you have to be positive.

“I enjoy it. It makes me feel very alive and I look forward to Friday.”

Chelsea left sweating over injury to Mount in cup win