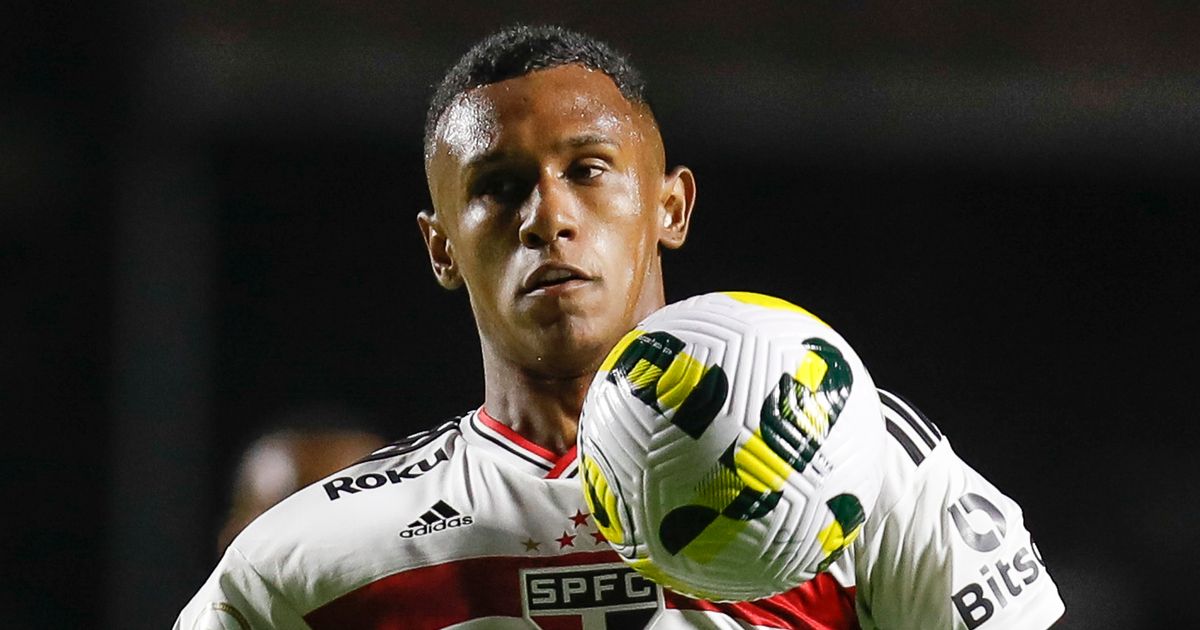 Marquinhos’ proposed move to Arsenal hangs in the balance (

The Gunners are believed to have agreed a £2.5million transfer with the Brazilian outfit and a transfer is expected to be announced in the coming days. The 19-year-old is said to have signed a contract at Arsenal and travelled to London to complete a medical.

Marquinhos, who can play down the middle or on the wing, is one of the most highly-rated youngsters in Brazilian football. He’s represented his country at youth level and played 41 senior games for Sao Paulo, scoring four goals and providing three assists.

Sao Paulo were initially hopeful of keeping Marquinhos on their books, agreeing a five-year contract with the talent in 2019. Yet a FIFA ruling means the deal will expire this summer and he’s free to sign for another club – which is set to be Arsenal.

But, according to Yahoo Sports in Brazil, Wolves had agreed a pre-contract agreement with Marquinhos. It’s claimed Wolves have approached a legal firm in Brazil to take action against the player for allegedly breaking the deal to join the Gunners. As reported by the Daily Mail, legal action against Arsenal and Sao Paulo are their other options. The Mail’s report adds that Marquinhos’ contract is due to end on July 12, with his new contract at Wolves set to start on July 14.

Sao Paulo remain confident Marquinhos will join Arsenal, despite the allegations. “Sao Paulo still hasn’t received the money from Arsenal, but it’s calm,” a source told Yahoo Sports in Brazil. “The agreement has legal guarantees and the player has already undergone medical examinations.”

Will Marquinhos be a success in England? Let us know in the comments below!

Mirror Football has contacted both Arsenal and Wolves for comment.

Marquinhos’ reported move to the Emirates has caused a bit of stir in Brazil. “This is absurd,” said World Cup winner Vampeta when asked about the transfer. “They’re going to lose Marquinhos to Arsenal for £2.5m.

“I don’t know if you remember that I used to say I watched Audax’s academy games, Marquinhos in the U15s, he used to already make the difference. I said here on the show, ‘There’s an U15 at Sao Paulo, Marquinhos’ – now he’s going to leave on a silver platter.”

Sao Paulo head coach Rogerio Ceni is also said to be furious about the club’s decision to allow Marquinhos to leave. The teenager was only sporadically used during the 2021-22 campaign but was reportedly set to play a starring role at Sao Paulo next season.

Arsenal are looking to improve their squad after failing to qualify for the Champions League. “On a recruitment standpoint I will always defer to Edu and Mikel but I know they have a blueprint of the type of player and specific positions that we need to reinforce heading into the summer,” wrote club chief Josh Kroenke in his programme notes.

“I’ll defer to them and support them in every way that we can in their pursuit of elevating the quality of the squad and also ensuring that we have the right mentality of player coming in. We only want players who are passionate about Arsenal Football Club.”