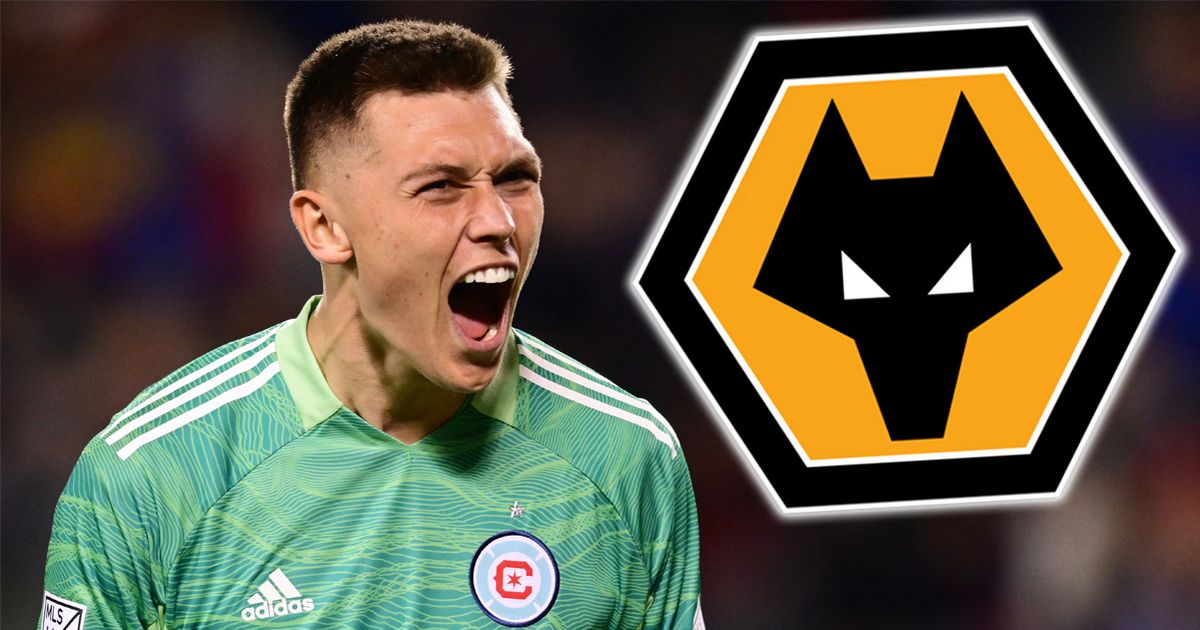 Wolverhampton Wanderers are said to be ahead the likes of Real Madrid, Bayern Munich and Chelsea in their pursuit for a teenage goalkeeper who has been impressing in America

Wolverhampton Wanderers are reportedly closing in on the £3million signing of Chicago Fire goalkeeper Gabriel Slonina.

The report from the Express and Star states that the 18-year-old is close to a move to Molineux, despite links with some of Europe’s heavyweights in Real Madrid, Bayern Munich and Chelsea, Wolves are the frontrunners to sign the goalkeeper.

While reports linking Slonina with a move to Europe have suggested that a fee of £10million would be enough to sign the teenager, who has played seven times for America’s youth sides. However, with the Major League Soccer campaign not finishing until October and the 2022 World Cup starting in November, the report suggests that any move for the goalkeeper is more likely to not be completed until the January transfer window, or even the summer of 2023.

The Old Gold currently have Jose Sa as their first choice goalkeeper at Molineux who has had an impressive first campaign in Wolverhampton, keeping 11 clean sheets in 37 Premier League appearances since his arrival from Olympiacos.

Slonina currently has 24 MLS appearances to his name across this season and last season, keeping nine clean sheets.

His five shutouts so far this season put him joint-third of the MLS’ clean sheet charts, only behind Sean Johnson (New York City FC) and Pedro Gallese (Orlando City).

CHICAGO, ILLINOIS – MARCH 19: Gabriel Slonina #1 of Chicago Fire makes a save in the second half against the Sporting Kansas City at Soldier Field on March 19, 2022 in Chicago, Illinois. (Photo by Quinn Harris/Getty Images)
(

Can Gabriel Slonina be a future first choice at Molineux? Have your say in the comments section.

Following the conclusion of the season, Neves admitted that while he would find it tough to leave Wolverhampton, the opportunity to play at a higher level may be too good to ignore.

“Everyone knows about what football is about, what our lives are about,” Neves said. “Our careers are really short, we need to take the opportunities we have. Of course, all of us have dreams and we need to live those dreams in a short space of time. Let’s see what happens. I cannot say too much about it.”

“If I go it would be really hard for me and my family. But, as I told you, we have dreams to live in a short space of time. And if anything happens, that’s why I was so emotional the last game at home because I don’t know how it’s going to be. If it was my last game it was really important.But I don’t know anything yet. So, for now, I’m just thinking of my holidays and the national team.”