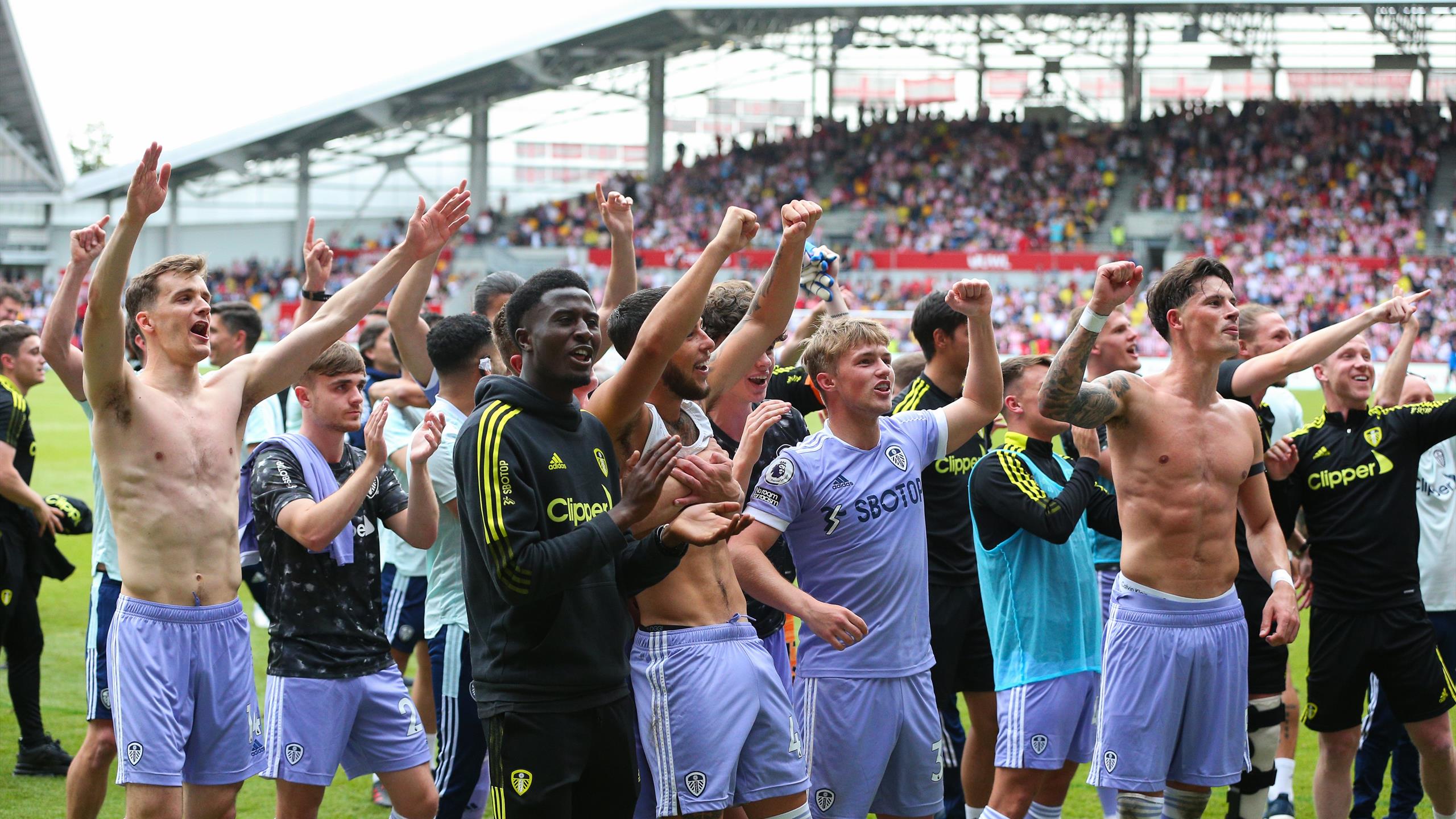 Newcastle’s early goal came in the 20th minute after Nathan Collins held his arm high while defending a corner. The handball was called after a VAR intervention, and the penalty was given.

Wilson stepped up and was able to hit the ball just to the left of Nick Pope, to solidify Newcastle’s finish in eleventh.

Wilson scored his second ten minutes into the second half, and despite Maxwel Cornet bringing one back, Burnley were unable to finish their season on a high. They go back to the Championship for the first time since the 2015/16 season.

Leeds United, who started the day as the team that were going down, managed to dig deep against Brentford in their 2-1 victory at the Brentford Stadium.

The visitors initially looked to be ahead, having taken the lead through Joe Gelhardt, however, the striker was just offside.

The second half saw them get Raphina much more involved in the match, which proved beneficial. He was involved in some early opportunities for his side, but his nerves of steel were on full display when Brentford keeper David Raya passed the ball right to him in the box. In an attempt to stop the chance, Raya tripped over Raphina, leading to the most apparent penalty you’ll see.

All eyes were on the Brazilian, but a calm, stuttering penalty into the top corner gave his side the lead.

Brentford equalised through a goal from Sergi Canos in the 78th minute, but the substitute was sent off moments later for a second yellow, giving Leeds an advantage.

They continued to push until the 94th minute, when Jack Harrison attempted a shot from outside the box, which took a deflection yet still managed to squeeze by the near post, sending Jesse Marsh, the coaching staff, the players, and the away fans into a frenzy. The goal not only ensured Leeds’ spot in the top flight next season, but it put the clubs’ tally of winning goals after the 90th minute up to four this season, the most in the Premier League.

Manchester United suffered a 1-0 loss against Crystal Palace, with Wilfried Zaha scoring the only goal of the match. It came from a Man United throw in, which landed to Bruno Fernandes. The Portugese booted the ball towards his goal, possibly in an attempt to clear, however it landed straight to Zaha, who used his trickery to get the ball away from the United backline and into the net.

Despite the loss, United still maintained their spot in sixth due to West Ham losing to Brighton. It initially looked like West Ham could push United down to the Conference League, as they scored first through Michail Antonio. However, goals from Joel Veltman, Pascal Gross, and Danny Welbeck secured the 3-1 victory, giving the Seaguls their first ever top-half finish in the Premier League.

In a mid-table dead rubber, Leicester City beat Southampton 4-1 with a goal apiece from James Maddison and Jamie Vardy, and a late Ayoze Perez brace. James Ward-Prowse scored from the spot for a 79th minute consolation for the Saints.

‘I actually like this!’ – Carragher praises Richarlison after being told to ‘wash mouth’