Who are the Premier League's serial subs?

The 35-year-old is used to playing cameo roles off the bench for Jurgen Klopp’s champions but his introduction in the 67th minute of Liverpool’s 1-0 win over Wolves was, in fact, his 158th appearance as a substitute in England’s top flight.

Milner equalled Crouch’s Premier League record in his 558th Premier League game and with nine games remaining this season will surely usurp the former England striker as the most subbed player. 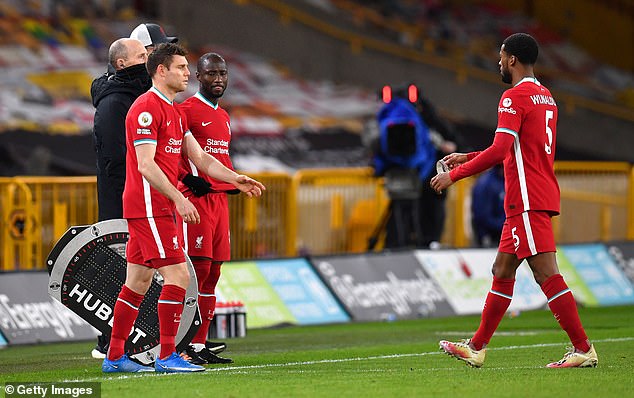 There are just three players, including Milner, who are among the Premier’s League top 10 serial substitutes that are still plying their trade in the top flight.

Striker Long, 34, who is on loan at championship outfit Bournemouth, is ranked fourth overall in the rankings, 10 appearances behind Crouch and Milner.

The Republic of Ireland international has been substituted 148 times from 331 matches and sits one appearance behind former Premier League journeyman Jermain Defoe.

Rangers striker Defoe, who played for West Ham, Tottenham, Portsmouth, Sunderland and Bournemouth in the Premier League, featured off the bench on 149 occasions from 496 top-flight appearances. 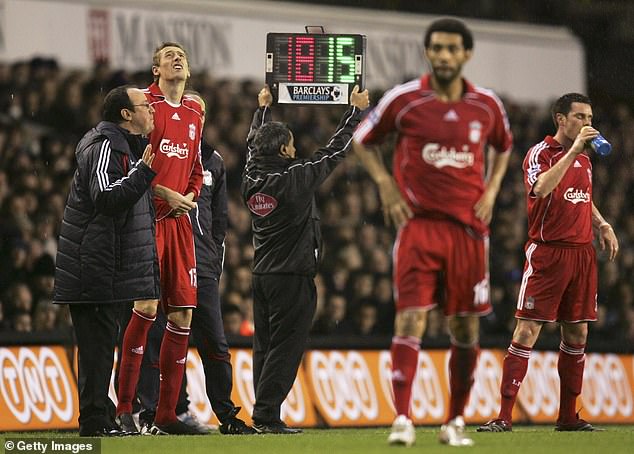 Winger Theo Walcott has made 123 substitute appearances in 362 games and therefore is ranked seventh overall. After bursting onto the scene as an 16-year-old at Southampton he joined Arsenal in 2006 as the top-rated teenager.

After spending 12 years at the Emirates he joined Everton and after falling down the pecking order returned to the Saints last year on loan. At 32, Walcott could mount a challenge to become the Premier League’s most subbed player.

Between himself and Long are former Newcastle striker Shola Ameobi and ex-Chelsea and West Ham forward Carlton Cole, who are ranked fifth and sixth respectively.

Ameobi spent 14 years at St James’ Park and endured a brief stint at Crystal Palace in the Premier League. He accumulated 142 sub appearances in 299 games across that period. While Cole, who also represented Villa and Charlton in England’s top flight, made 290 Premier League appearances, with 129 of those coming from off the bench. 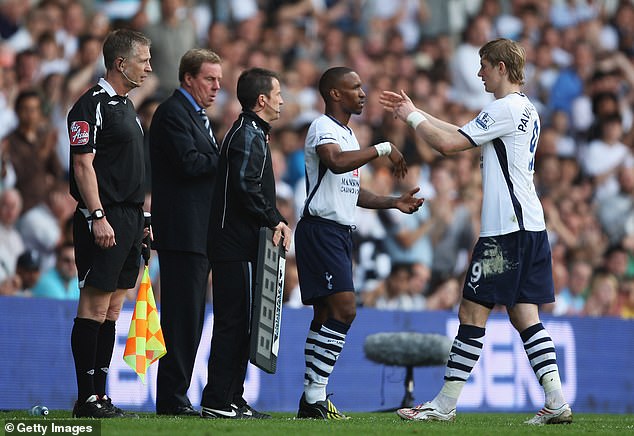 Jermain Defoe, is who still playing for Rangers in Scotland, often came off the bench

Former England midfielder Joe Cole sits in joint-seventh alongside Walcott after playing a role off the bench 123 times for West Ham, Chelsea, Liverpool and Aston Villa.

Now retired and working as pundit for BT Sport Cole’s career was hampered by injuries, resulting in 32.5 per cent of his games in the Premier League coming as a substitute.

Former Gunners striker Nwankwo Kanu is five substitute appearances behind Cole and therefore ranked ninth overall. The Nigerian played a total of 273 games in England’s top flight and was not in the starting XI 118 times. That means 43 per cent of his Premier League appearances came as a sub. 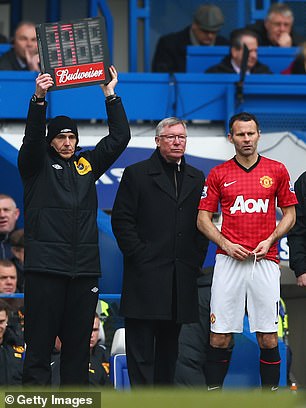 Ryan Giggs came off the bench 110 times for Manchester United

At Arsenal he was competing with the likes of Dennis Bergkamp, Thierry Henry and Sylvain Wiltord and moved on to West Brom and Portsmouth after five years in north London.

The Welsh winger was a pivotal player in United’s glory days in the Sir Alex Ferguson era and played a staggering 632 games in England’s top flight between 1992 and 2014. Therefore just 17 per cent of his appearances were as a sub.

Milner could become the Premier League’s most subbed player this season. Liverpool are next in action on April 4, away to Arsenal. He has been in the Premier League for a whopping 19 years and there are no signs of him hanging up his boots just yet.