The 19-year old has scored 15 goals this season and is also an option for Crystal Palace.

West Ham manager David Moyes has confirmed he is working within a limited budget this summer, with Slavia manager Jindrich Trpisovsky confirming that Sima is valued at a certain price which needs to be met. 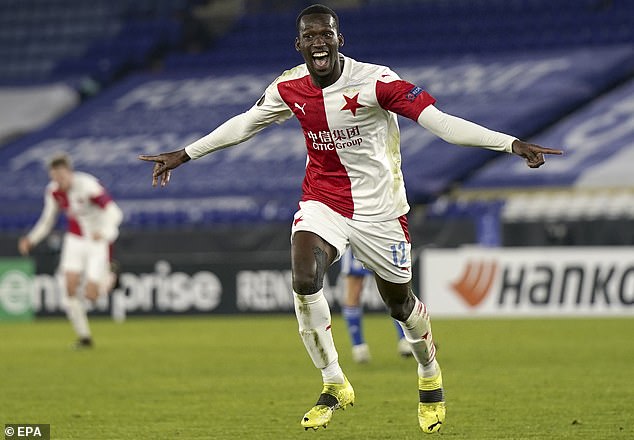 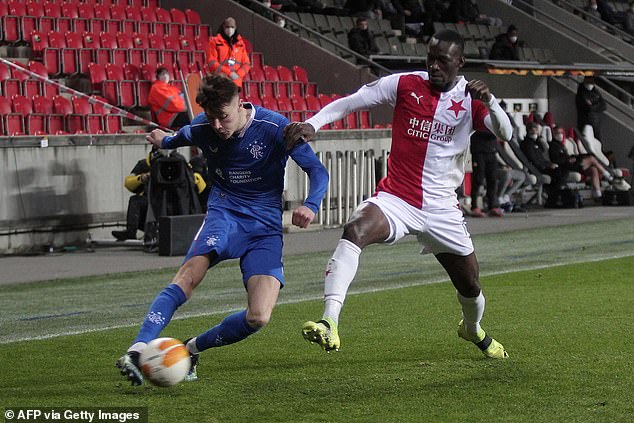 Trpisovsky said on Sunday: ‘There is interest in Abdallah Sima. There’s a set price at which he could leave.

‘We focus on managing the rest of the season with us. We talked about it with the boys from West Ham, where they have him very high on the list of possible reinforcements.’

West Ham are looking for a striker after Sebastian Haller left for Ajax in January, with the Hammers failing to sign a recognised number nine in response to the departure.

Michail Antonio has deputised up front but is injury-prone, while Jesse Lingard was brought in on loan from Manchester United but his long-term future is undecided. 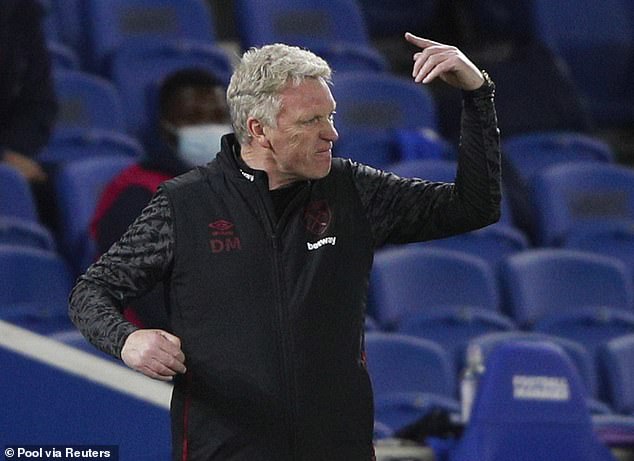 As well as 15 goals for Slavia this season – including a record of 11 strikes in 20 Czech top-flight league games – Sima has also added eight assists in all competitions.

The teenager netted four times in Slavia’s run to the Europa League quarter-finals, where they were knocked out by Arsenal 5-1 on aggregate. He scored away at Leicester in their 2-0 last-32 victory at the King Power Stadium in February.

Sima was initially on the books of French minnows Thonon Evian before being plucked by Czech third-tier side FC MAS Taborsko in 2020.

The forward moved to Slavia at the beginning of the current season with the intention to put him in the B team, but was fast-tracked into the first-team after a month.