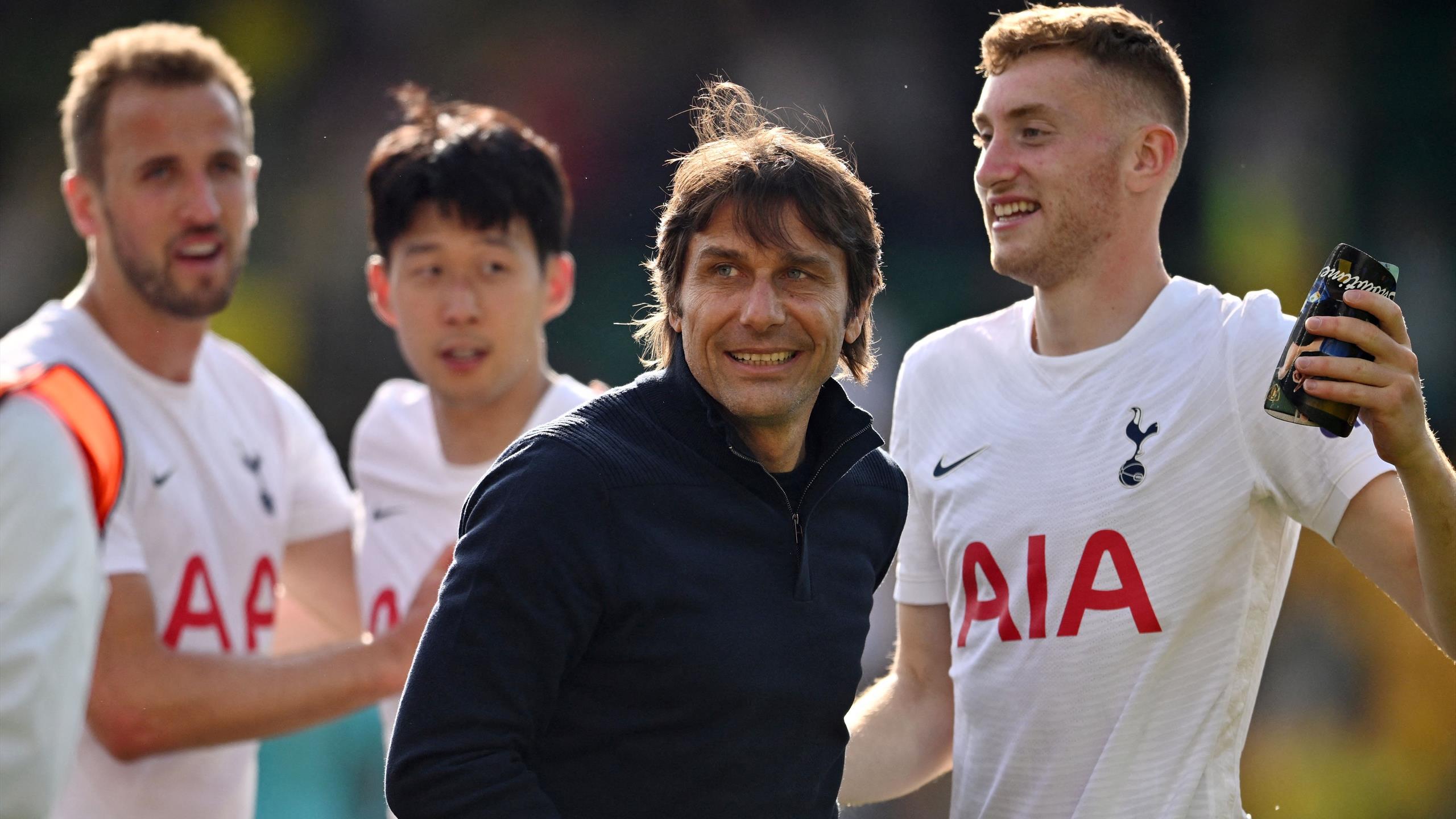 Tottenham manager Antonio Conte refused to confirm he would be in charge of the club at the start of next season.

Spurs secured a top-four finish with a 5-0 win at Norwich City on the last day of the season, made sweeter by Arsenal’s 5-1 victory against Everton not being enough to dislodge their rivals in fourth place.

When Conte arrived at Spurs to replace Nuno Espirito Santo, the club were ninth, and they now look one of the most improved sides of 2022. However Conte has often been reported to be at odds with the club hierarchy, bringing speculation that he could move on in the summer despite the success of finishing fourth.

Conte has a year left on his contract but he did not appear certain that he would honour it.

“I’m under contract until next summer. I signed for one year and seven months,” he said. “I enjoyed a lot my time at Tottenham because, I repeat, for me it was a big challenge.

“To come in during the season, for a coach like me, is not easy. It was a big challenge in a modern club with a fantastic stadium and training ground.

“For me this is a trophy and I’m very happy. Then we’ll see. I always said at the end of the season we’ll speak to the club and find the best solution for me and the club.

“In this moment it was very difficult to speak about this. I’m very tired. I was really focused to get this big achievement.

“Despite the fact I didn’t lift a trophy, for me it is a big achievement, for me in a short time and short period in a difficult situation I worked a lot with my players to bring this club to play in the Champions League.

“I want to consider this qualification like a trophy. In my mind, my heart and my head I know what we did in these seven months. Me, my staff and the players. I want to celebrate and we’ll have time to speak with the club about everything.

“Now there’s a lot of emotions in my mind and my heart, for me, for the club and for everybody.

“For this reason, it’ll be very good to rest for four or five days and then have a good meeting with the club to find the best possible solution.”

‘We on paper weakened it’ – Conte on Spurs business in January