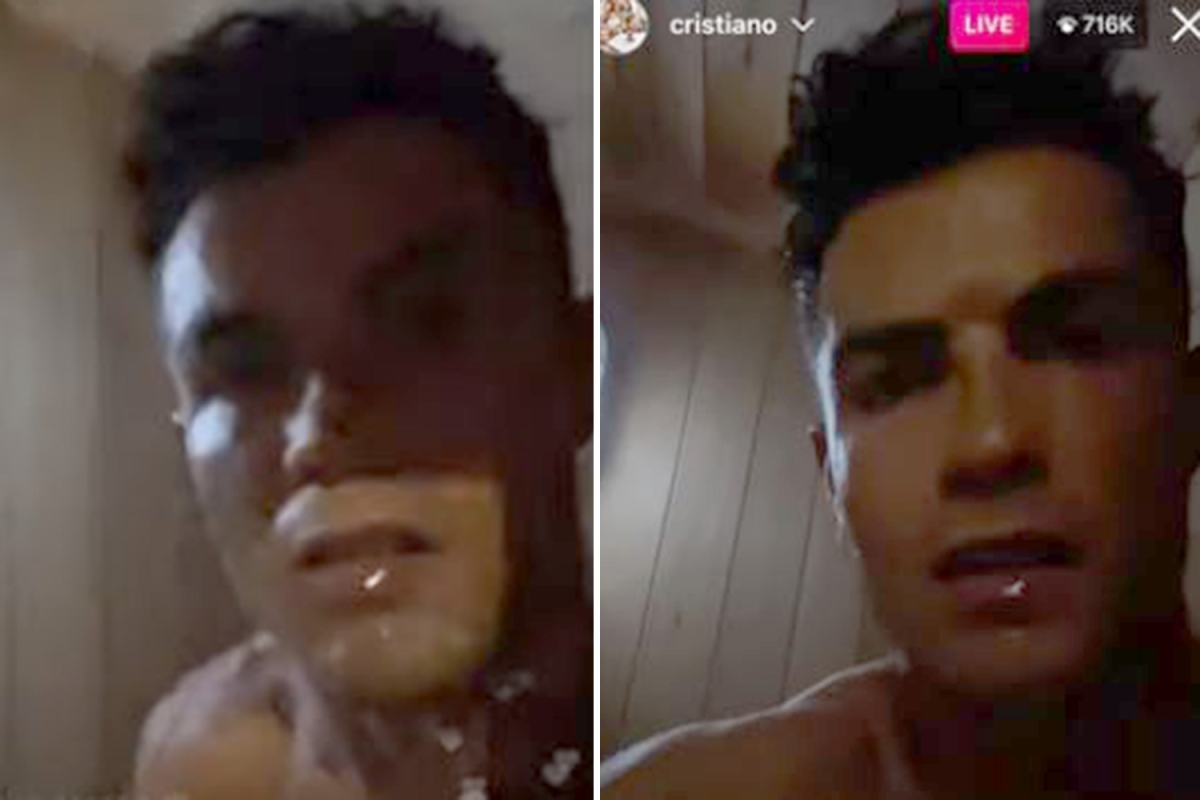 Fans spammed the chat with goat emojis as the 37-year-old stared into the camera saying nothing.

Ronaldo showed his 700,000 viewers some of his back garden as well as him pouring water onto sauna stones to produce more steam.

Whilst his former team-mate Rio Ferdinand commented: “What you doing bro.”

The random live stream has left fans wondering if Ronaldo accidentally clicked the wrong button on the social media app.

A United fan said on Twitter: “Ronaldo how 400 million followers on Instagram and he doesn’t even know how it works.”

An Arsenal fan who tuned in said: “why’s Ronaldo just baking off in a sauna in a shed not saying a single word on his Instagram live.”

Ronaldo hopping into a sauna isn’t anything new.

Evra said: “Cristiano, first of all, as a person and human being, is so generous, so nice and people don’t see that face. But he is a winner. He is addicted.

“For example, when we had training at 10am, Cristiano was already there for 8am. When we had finished training, he was still on the pitch practising.

“When he invited me for lunch… don’t ever go for lunch, because you are going to have one of the most boring lunches at Cristiano’s. It is salad, plain chicken and water. There isn’t even fizzy water.

“After that, we went into the garden, trained for a little bit, went swimming, went to the sauna and at one point I looked at him and said: ‘Bro, we have just finished a training session, why do we have to a second training session?’”