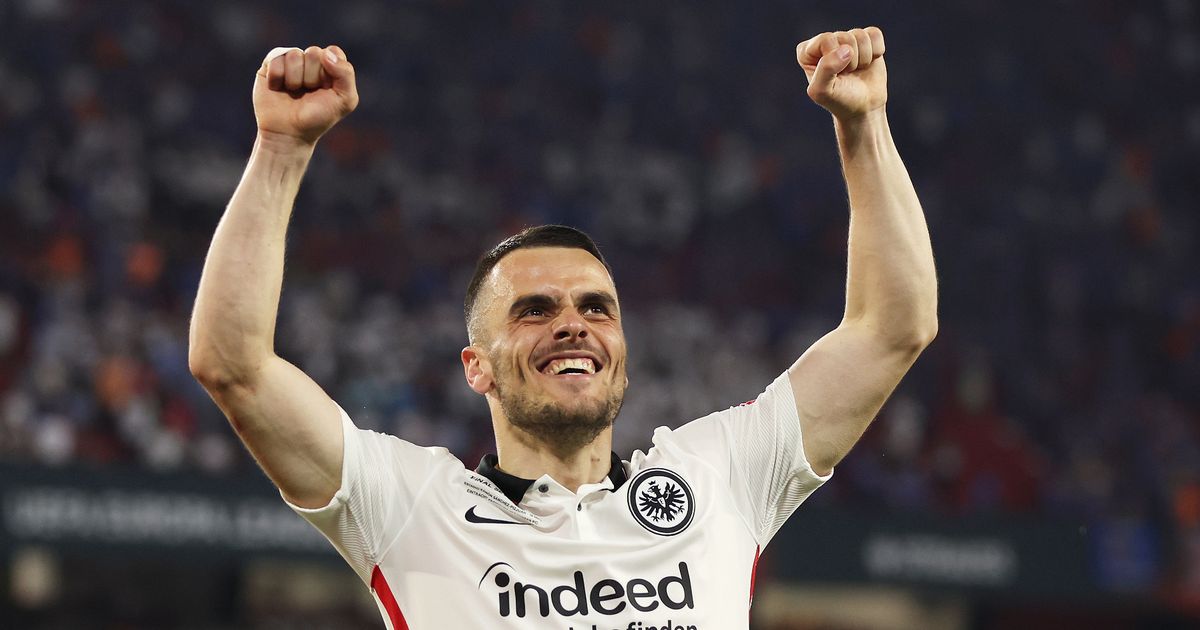 Tottenham boss Antonio Conte will hope to secure the club’s place in next season’s Champions League with a fourth-placed finish in the Premier League this weekend.

Spurs, who are a point ahead of north London rivals Arsenal in the table, head to already-relegated Norwich City in the final round of matches on Sunday while the Gunners are at home to struggling Everton.

Conte’s budget for new signings in the summer will depend on whether they are able to clinch a place in European football’s lucrative club competition and he may have to adjust his transfer plans accordingly. Spurs continue to be linked with a number of signings and Mirror Sport has rounded up the best of the transfer news and rumours.

What Kostic will cost

Nothing showcases a player like a major European final and the game between Eintracht Frankfurt and Rangers in Seville on Wednesday night was no exception.

Neither side stood out in 120 minutes of football but one player certainly did – and his contribution in the subsequent shoot-out would prove crucial. After one the best displays of the game, he held his nerve to score immediately after Aaron Ramsey’s miss to set up a German victory. Spurs had already been linked with a move for him and may now strengthen their squad by revisiting the potential deal.

Attacking left-back Filip Kostic is out of contract at the end of next season and his £12m transfer fee reflects that according to the Independent. With Sergio Reguilon suffering from a series of injuries and Matt Doherty also struggling to impress Conte when fit, Tottenham were considering making a move for the 29-year-old. Since then, Ryan Sessignon seems to have rediscovered the form which persuaded Tottenham to sign him from Fulham as a teenager in the first place.

HAVE YOUR SAY! Who should Spurs sell and buy in the summer? Let us know in the comments section

McGinn in the mix

John McGinn is on Tottenham’s radar as Conte looks to freshen his midfield options with a number of departures, according to the Daily Telegraph. Tanguy Ndombele will be hurried out of the door as quickly as possible, with Conte having no plans to include him in his first-team squad when he returns from his loan spell at Lyon.

Lyon are unlikely to pay the £60m they sold him for to take him back permanently, but Spurs are determined to get him off the wage bill as they look to build a new midfield. Pierre-Emile Hojbjerg and Harry Winks would also be allowed to leave, with Aston Villa’s McGinn seen as the perfect squad man to join players such as academy graduate Oliver Skipp to contend for places.

Reports in Portuguese newspaper Journal de Noticias suggests that one of Spurs’ first moves in the window will be to put in a bid for Sporting Lisbon’s Joao Palhinha to head off interest from Wolves. There has been interest from all over the continent but local reports say the player himself would prefer to play in the Premier League. Sporting have already resigned themselves to falling short of their original asking price of £60m and half that amount might be enough to get the deal over the line.