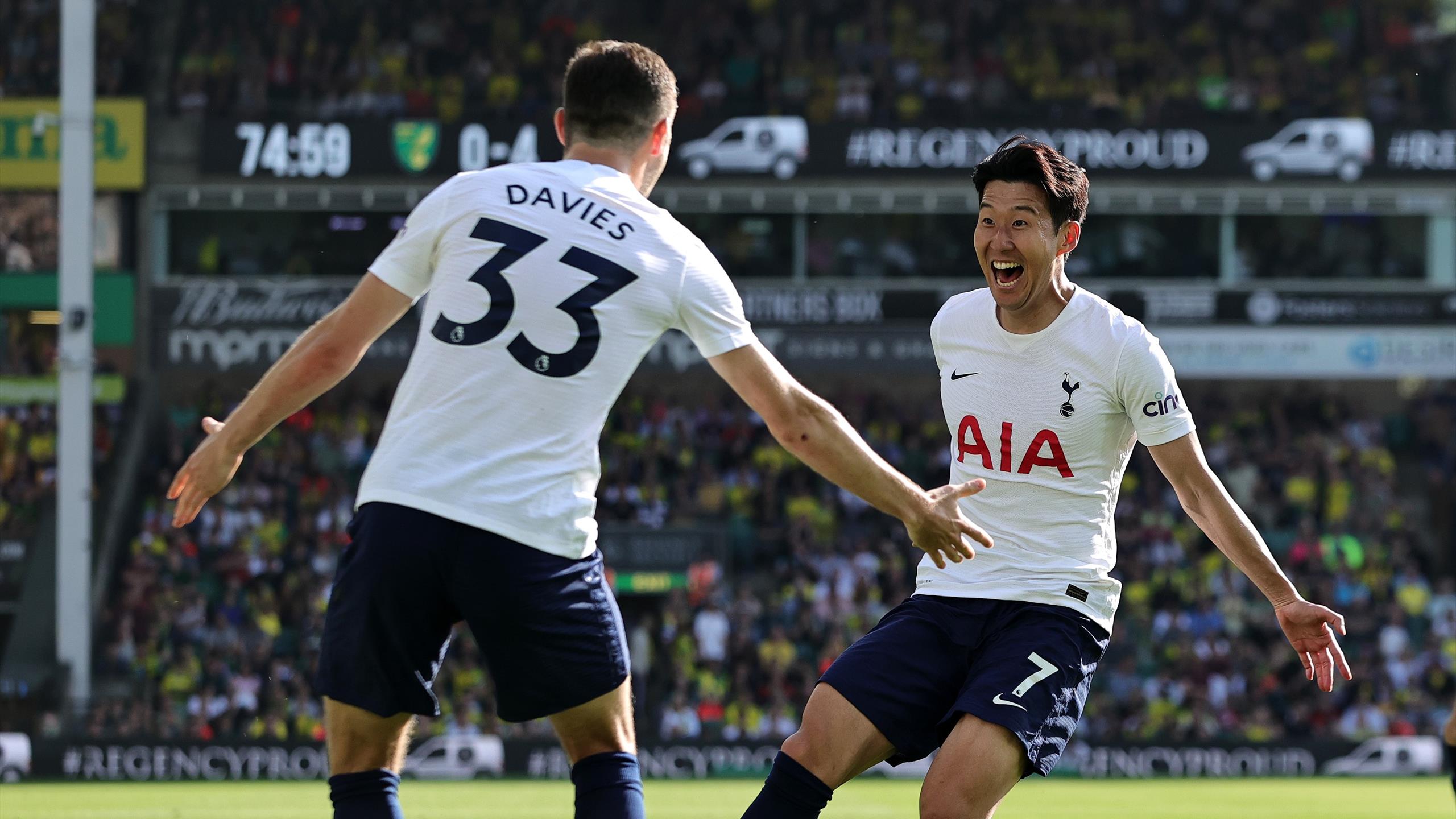 Needing only a draw to secure a top-four spot, regardless of the result gained by fifth-place Arsenal, the game was never in doubt from the moment Spurs went in front in the 16th minute.

Rodrigo Bentancur set up both the goals in the first half, initially latching onto a Pierre Hojberg long ball and squaring for Kulusevski to nudge home the opener, before intercepting Tim Krul’s pass out from the back and dinking a lovely cross into the box for Harry Kane to turn home with a diving header.

Kulusevski scored his second just after the hour mark coming in from the right flank to curl an unstoppable effort inside the far top corner, taking his personal tally to five goals and eight assits from 18 game, before Son got himself a share of the Premier League golden boot.

Prior to his goal, with no chance of them losing the game, Kulusevski tried to fashion a tap-in for Son but desperate defending from Max Aarons saved the Canaries, but it was a brief respite.

First Lucas Moura back-heeled the Korean through on goal where he slotted under Krul’s body and then the forward picked up a cleared free kick and curled an unstoppable effort home from 25 yards.

Norwich finish the campaign a point adrift of Watford and 16 away from fourth-bottom Leeds.

Conte the antidote to Spursy-ness – As much as Tottenham fans will always love Mauricio Pochettino and they enjoyed their best ever Premier League consistency and that great Champions League run, the capitulation at Stamford Bridge to the Eden Hazard-inspired Chelsea ending with them coming ‘third in a two-horse race’ is almost as memorable as the semi-final in Amsterdam. Such collapses are rarely seen with Antonio Conte sides and he has quickly put his stamp on this Tottenham side and given them a ruthless steeliness much aided by his fantastic transfer signings.

Rodrigo Bentancur (Tottenham) – Understandably his arrival at Tottenham has been overshadowed by the influence Sergio Romero and Dejan Kulusevski have had on the team, but the Uruguayan midfielder is a seriously good footballer and showed this in setting Spurs up for victory in the game. His technical ability stands comparison with the legendary Tottenham midfielders of yore as was perfectly illustrated by his two assists. First bringing down a looping ball coming out of the sky perfectly in stride before providing Kulusevski with a tap in and then the most delicate of first-time clips for Kane to head home.

16′ GOAL FOR SPURS! Kulusevski puts Tottenham in front. Hojberg played the ball over the top and Bentancur ran onto it and controlled beautifully before unselfishly squaring for Kuluseski to tap in.

32′ GOAL FOR SPURS! Kane scores with a diving header. This game is surely done now and even the most bed-wetting of Spurs fans can be confident they will not capitulate their advantage. An awful pass from Krul which was intercepted by Bentancur but a wonderful clip into the box to set up his captain for his second assist.

71′ GOAL FOR SPURS! Son has his goal and for now a share of the golden boot. Kane played a ball to Moura on the edge of the box and he backheeled to Son who slotted under Krul’s legs.

76′ GOAL FOR SPURS! Son is now leading the golden boot race. Moura put in the free kick which was cleared to the edge of the box where Son turned inside and curled an unstoppable effort home. 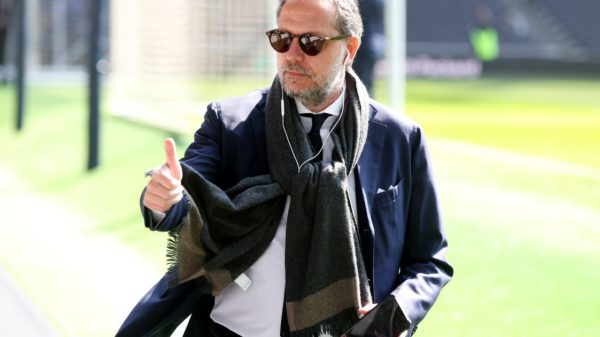