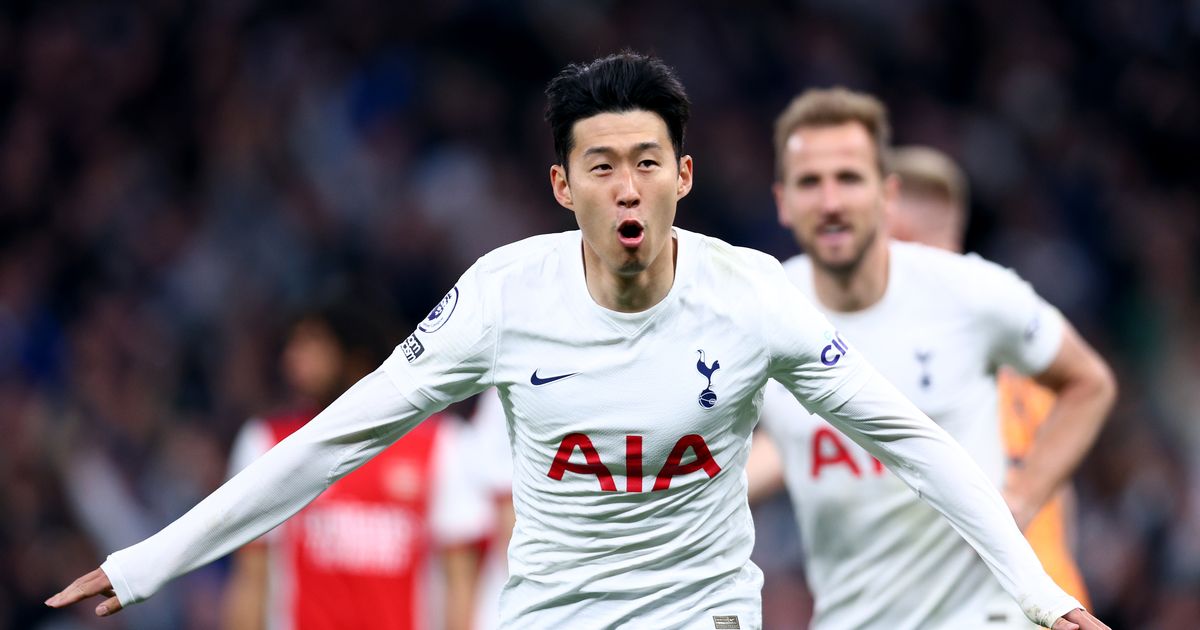 Ian Wright has said it is “strange” that Tottenham Hotspur’s Son Heung-min does not get linked with a move away from the club more often.

Son capped off an impressive season as he claimed the Premier League’s golden boot award after scoring twice in the 5-0 win over Norwich City, although he will share the award with Liverpool’s Mohamed Salah. And Wright shared his surprise that more clubs don’t try and bring in the South Korean following his impressive displays in a Spurs shirt.

It comes as Antonio Conte has drawn up a five-man shortlist for his £150million summer spending spree. And Eric Dier’s tongue-in-cheek comment to Tim Krul in Sunday’s final game of the season has been spotted.

Have your say! Who should Spurs sign this summer? Let us know what you think in the comments below

The South Korean has consistently impressed since arriving in north London in 2015. And BBC pundit Wright says Son “can do everything” as he shared his shock at the fact more clubs aren’t linked with Son. He added that the Spurs forward has become on of the “top players in this league” with his incredible form this season.

Spurs boss Antonio Conte has five names on his summer wishlist as he plans how to spend the £150million transfer kitty he’s been handed.

The club’s owners announced on Tuesday that they have invested £150million as they prepare to back Conte in the transfer market this summer. And the Italian wants to use the funds to bring in Gabriel Jesus, Christian Eriksen, Djed Spence, Filip Kostic and Fraser Forster.

Son went into the final game of the season trailing Liverpool’s Salah by one goal in the Golden Boot stakes, but the pair ended up sharing the award after the Reds man scored one and the Tottenham star netted a brace. Despite being hammered 5-0, Krul was in fine form as he pulled off a number of athletic saves in the first-half – leading to Dier’s cheeky comment.

Cameras caught the Spurs defender saying: “What’s Salah giving you?” But Krul didn’t seem to understand the question straight away.