Jose Mourinho has revealed he bizarrely calls his group of supporters the ‘Mourinistas’ before insisting he is still ‘one of the most important managers in the game’ during a virtual live event with fans in Singapore this week.

The Portuguese is currently enjoying some down time with his Tottenham players scattered across the globe on international duty.

Spurs are next in action against Newcastle on April 4 when they will pick up their unlikely bid to finish in the Champions League places. 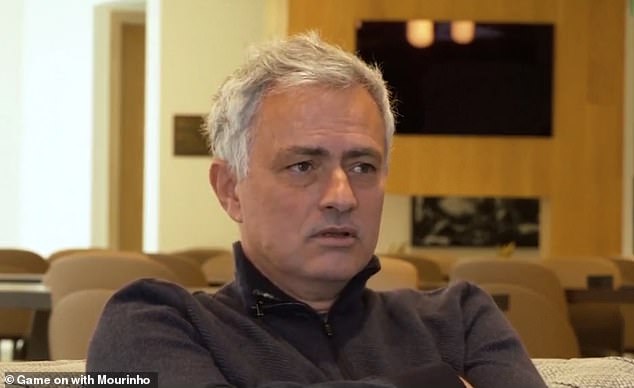 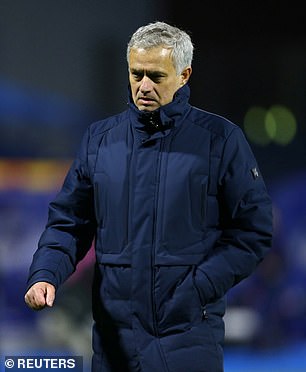 Mourinho’s job as Spurs boss is hanging by a thread after he presided over a north London derby defeat by Arsenal and then saw his team crash out of the Europa League in humiliating fashion at Dinamo Zagreb.

A victory over Aston Villa before the international break eased the pressure and has left Spurs three points off fourth-placed Chelsea.

But, as Sportsmail reported earlier this month, Mourinho’s job is on the line if he fails to finish in the Champions League places.

Mourinho took part in a virtual live event named ‘Game On with Mourinho’, organised by Spurs sponsor AIA, and took questions from fans in Singapore.

The 58-year-old claimed his band of supporters across the globe act as motivation when his team is struggling the pitch.

‘I never met them. I used to call them the Mourinistas because in Portugal we use these ‘inistas’ in the end of the name of the club that we love to express to supporters.

‘I have so many more Mourinistas around the world that I, I play for them.’

When later asked how he deals with criticism of his management style, Mourinho added: ‘I don’t think anybody is going to discuss rocket science with the guys from NASA, with everybody around the world.

‘They think they can discuss football with one of the most important managers in the game.

‘That’s the beauty of football. I got used to it. I appreciate that. So that’s fine for me.’

Mourinho took over as Spurs boss in 2019 and has a chance to lift his first piece of silverware with the club in the Carabao Cup final against Manchester City in April.

Whatever the result of that game, Mourinho is still under huge pressure to deliver top-level European football come the end of the season.

As well as recent results, there are also concerns that the Portuguese is fighting to remedy a fractured Tottenham dressing room amid fears of disharmony within the squad.

RB Leipzig’s Julian Nagelsmann and Brendan Rodgers of Leicester are believed to be two of the preferred candidates to take over if Mourinho is dismissed.