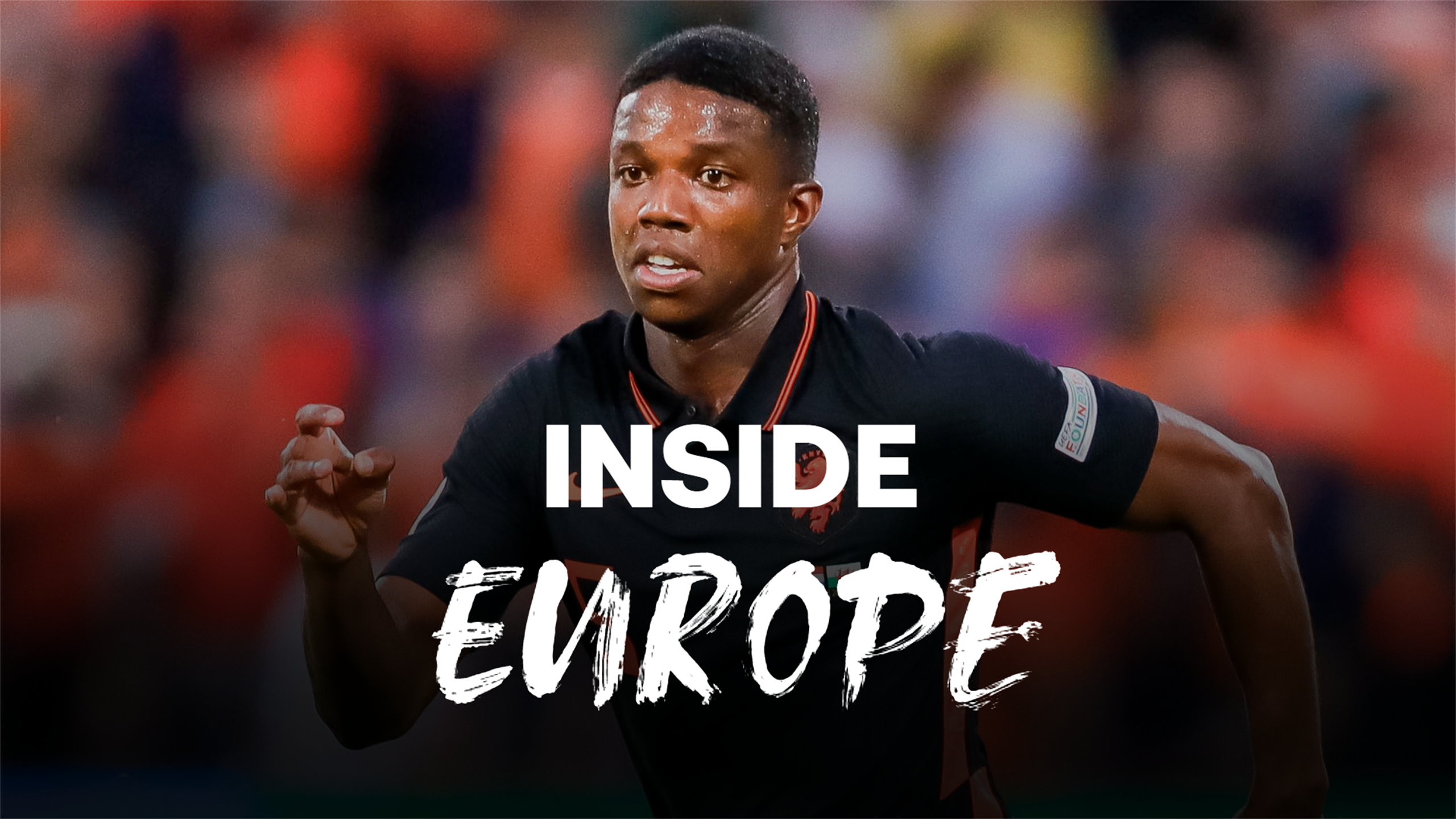 The Erik ten Hag revolution at Manchester United has begun with the newly-appointed Dutch manager wasting little time in trying to mould the Red Devils in his image.

With United reportedly close to sealing a deal for Barcelona’s Frenkie de Jong who previously worked with Ten Hag at Ajax, the new boss is also said to be keen on raiding his former club for defenders Lisandro Martinez and Jurrien Timber, as well as attacker Antony.

The Dutch and Eredivisie links don’t end there though, with latest reports suggesting that United are closing in on a move for Feyenoord left-back Tyrell Malacia.

The Netherlands international looked set to be on his way to Lyon before United swooped in late, and they are on the brink of completing a £13 million move for the 22-year-old full-back.

So what exactly will United be getting and how will he fit into ten Hag’s plans? Eurosport Netherlands’ Kevin van Nunen gives us an in-depth lowdown on the player…

What kind of player is Malacia? Is he an attacking or defensive full-back? What are his strengths?

Like all Dutch full-backs, Malacia is an attacking player. He’s the prototype really. He almost has to play in defence because you can’t play 11 attackers! Malacia is one of the puzzle-pieces a coach can use by directing him into midfield to cause problems for the opposition.

Malacia is also able to play a role in the build-up and is technically skilled. Former team-mate and striker Nicolai Jorgensen also once said that a young Malacia played balls “too hard” towards him because he didn’t know his body already possessed that much power!

At a young age in the Champions League (2017/2018 season) he stood out because of his aggressive type of play, being fierce and not being afraid to go after an opponent like Real Madrid’s Jose Callejon. His team-mates commented that he was strong, aggressive and reliable when in possession.

Despite providing four assists and scoring one goal in the Eredivisie, Malacia isn’t as dangerous in attack as someone like Noussair Mazraoui (now of Bayern Munich).

Are there any players you could compare him to?

Malacia isn’t as much of a character as Royston Drenthe, for example, but there are some similarities in that they both made an impression at Feyenoord before moving on. Malacia is possibly more of a gamble, however.

Individual comparisons can be difficult, but Feyenoord players don’t attract interest from the European elite that often, so the Drenthe example is probably the best one.

Malacia at least should be more savvy than Drenthe, which should give him a higher chance of succeeding at the highest level.

Are there any parts of his game that need work?

It’s nice to see Malacia play well for Feyenoord and they enjoyed some success in the Conference League, but it’s not the Champions League, nor even the Europa League. The same principle can be applied to the Eredivisie.

So it’s quite early for Malacia to make the big step to the Premier League, and see whether he can cope, especially when it comes to stamina, which is the one area that springs directly to my mind over where he can improve.

The Manchester United team needs renovation and Malacia feels more like the last piece of the puzzle (a nice to have) than the first (a must have).

Malacia is a good player, but how good is he really? I think at the moment almost nobody can say for sure. He has only played two full seasons for Feyenoord and in the first of these the club finished 30 points behind Ajax and almost missed out on European football. Of course you can’t blame Malacia for this, but is says something about the level he played at in Rotterdam.

Also, Daley Blind (Ajax) and Owen Wijndal (AZ Alkmaar) seem to have the upper hand as wing-backs in the national team. Under Van Gaal, Malacia now has several caps, but normally Van Gaal gives a lot of chances to young players. Up until recently, he didn’t give Malacia his big break.

Van Gaal did pay him compliments after a recent game with the national squad, so there must be potential there.

It’s been reported that Ten Hag has scouted him before, has ETH ever spoken about Malacia in public?

There were several reports in the Netherlands that Malacia was on Ajax’s radar. That was last summer and again early last season, but now they are on the hunt for a replacement for Nico Tagliafico.

So Malacia to Ajax never materialised. Why? Changing from Feyenoord to Ajax isn’t an easy thing to do and the former already lost a key player – Steven Berghuis – to their big rivals from Amsterdam.

It would be a bold move for Feyenoord to sell another player to Ajax and Berghuis received a difficult reception after leaving Rotterdam for Amsterdam. It could be Malacia that didn’t want to go down that route.

Berghuis – at 30 years old – was already a bit frustrated with Feyenoord’s lack of results and not winning titles, which is why he decided to leave. For Malacia at 22 years old he’s in a different situation.

But if Malacia and Ajax had really wanted, the chances are pretty high that he would have played under Ten Hag already last season. Instead, Feyenoord renewed Malacia’s contract and after the good run in the Conference League they can now set a high asking price for their youth product.

Ten Hag called him “a good player” on record during the summer of 2021 which is quite unusual, especially in Ten Hag terms when speaking about a player from another club, let alone a player from your biggest rivals in the middle of the summer transfer window.

Do you think his game would work in the Premier League? Would he be better in a back three or a back four?

Dutch teams rarely play in a back three, although Malacia is the type of wing-back who can play in midfield.

What’s good for Malacia is that Feyenoord coach Arne Slot and Ten Hag are very tactically astute. So if he executes their commands (like he went more centrally during Feyenoord’s European run last term) his game could work in the Premier League.

But can Malacia do it without the guidance? And do you pay for potential or quality?

In Malacia’s case, he still has to prove his qualities and Man Utd seems a rather difficult club at which to do so.

How much money would it take for you to accept eternal misery? – The Warm-Up