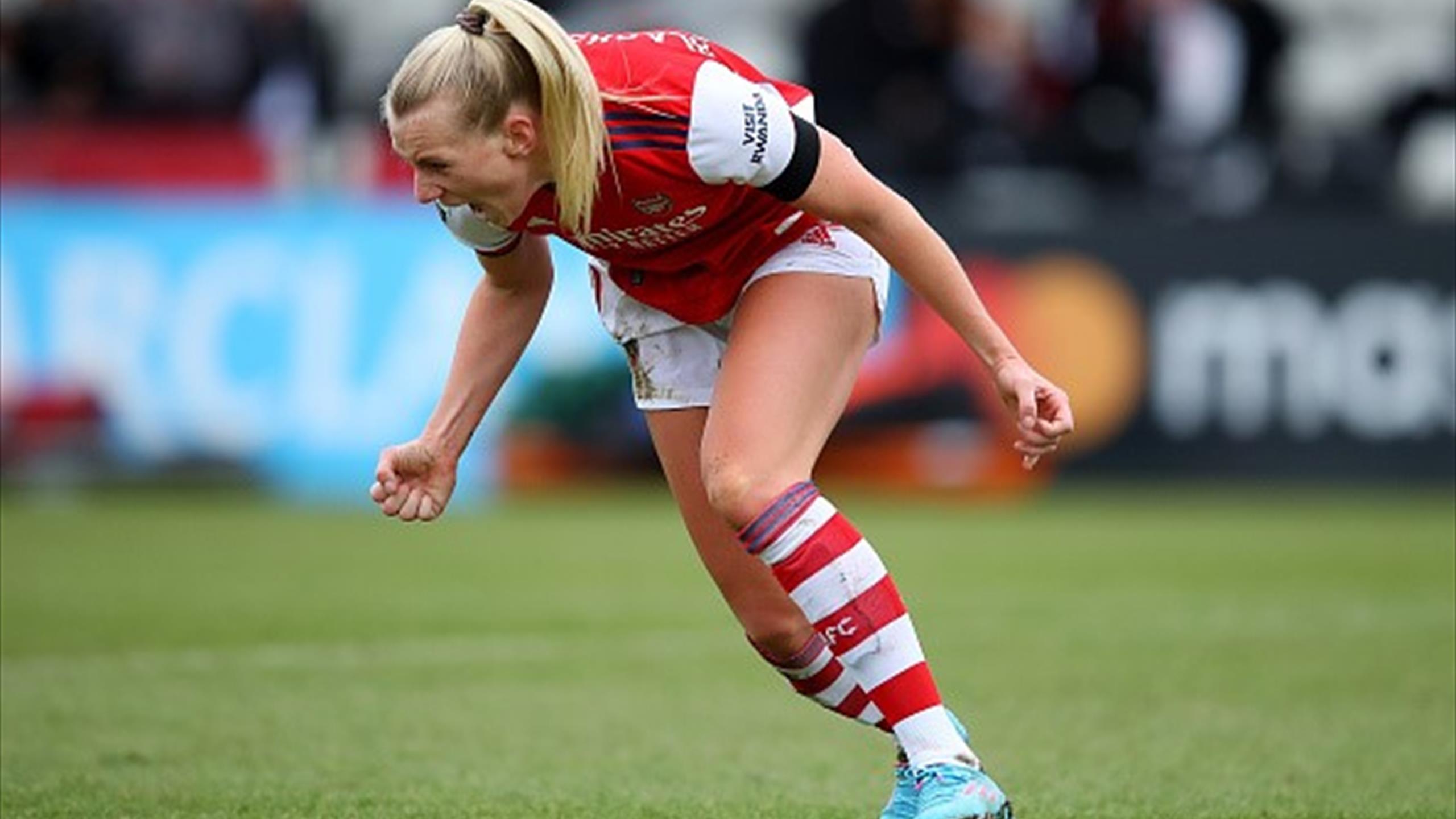 Arsenal remain at the top of the Women’s Super League after a 79th-minute goal from Stina Blackstenius earned them a point with fellow title challengers Manchester United.

Blackstenius netted her first goal in Arsenal colours with the clock ticking down, cancelling out Alessia Russo’s 10th-minute opener.

A comeback had looked unlikely when defender Katie McCabe was sent off for a second bookable offence just four minutes before Blackstenius’ equaliser.

United had raced into a deserved lead, with Russo heading home from Katie Zelem’s corner.

But Arsenal showed glimpses of their attacking threat when Vivianne Miedema’s strike was tipped onto the crossbar by goalkeeper Mary Earps, and the Netherlands international flashed another shot over minutes later. Tobin Heath also failed to hit the target from a dangerous position.

Russo proved just as effective in defence as she made a crucial intervention to deny Jen Beattie, as Arsenal continued to dictate play. Earps was required once more, making a fine save to repel Caitlin Foord.

Manchester United forward Ella Toone had the chance to wrap up the points for her side in the 70th minute but somehow missed the target with the goal gaping.

Five minutes later, Arsenal’s task was made more difficult when McCabe was sent off for a foul on Ona Batlle, less than 15 minutes after her first booking.

But the numerical disadvantage failed to deter their ambition and four minutes later Arsenal were level, Blacksteinuis linking up with Miedema before finishing with aplomb.

There were seven minutes added on at the end of a dramatic afternoon in London, but neither side could find a winner.

Arsenal remain top with 29 points, two ahead of United. The result plays into the hand of Chelsea, who are third with 25 points but have two games in hand over their rivals.