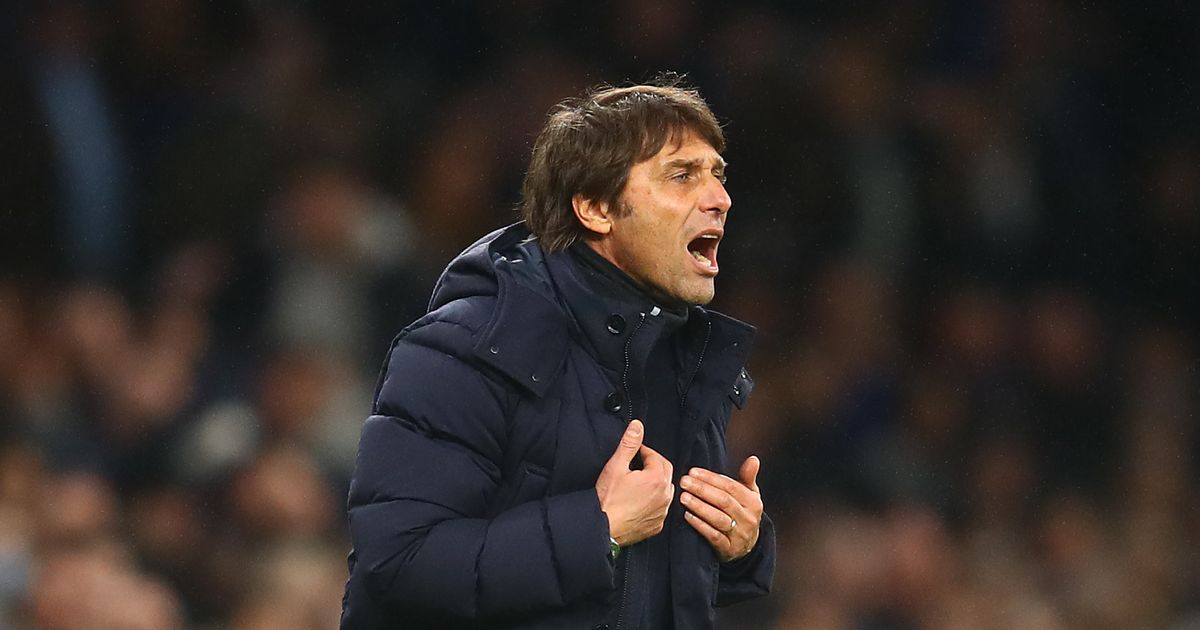 Conte prowled his technical area all evening as his Spurs side fell to a dramatic 3-2 home defeat by the Saints despite leading the contest twice.

The club uploaded a short video to their Instagram reel page that showed happy, upbeat music playing over footage of Conte petulantly silencing the Saints staff.

However, the clip quickly turns and a comedically slow and deadpan tune begins to play over a close-up shot of a rain-sodden Conte looking miserable after his side conceded the third and final goal of the game.

HAVE YOUR SAY! Was Conte wrong to shush the Southampton bench? Comment below

The light-hearted clip went down a storm with delighted Arsenal fans who were overjoyed with their rivals slip-up.

Replies from the Gunners faithful stemmed from ” Southampton Admin woke up and chose bantering Spurs”, to “Conte’s behaviour pitch-side is so embarrassing to watch.”

Tensions ran high from both the home and away dugouts all evening, but they reached boiling point in the build up to Spurs’ second goal.

Prior to Heung-Min Son converting from Lucas Moura’s delightful cross, Emerson Royal seemingly clattered into the back of Armando Broja who continued to lay stricken on the turf for minutes after Spurs had scored.

Saints boss Ralph Hasenhuttl was furious with the decision to let the goal stand and was eventually embroiled in a heated exchange with Conte, who also took aim at certain Southampton players.

Keen to let them know who was now in control of the tie, Conte proceeded to put his finger to his lips and tell both the Southampton manager and his players to be quiet – a move he would go on to regret.

The game was a turbulent one that saw goals galore, late VAR drama and a crossing masterclass from Southampton’s dead-ball specialist James Ward-Prowse.

Spurs opened the scoring via a Jan Bednarek own goal before Chelsea loanee Broja levelled things up at around the half hour mark.

What followed was an absolute onslaught of Southampton chances, the majority of which fell to the strike force of Broja and Che Adams both both failed to give their side the lead going into the break.

They may have feared the worst when Spurs regained the lead after Son put the hosts 2-1 up, but after the blow of the goal and the touchline tempers flaring the visitors regained their composure.

Two goals in two minutes from Mohamed Elyounoussi and Che Adams turned the tie on its head to hand Southampton a memorable three points.

Spurs thought they had salvaged a point when Steven Bergwijn tapped home from close range but VAR determined the Dutchman was just offisde.

After the contest, Conte demanded better from his troops.

“Not up and down, up and down. We have to improve. Also, in a team it is important to have players with experience to manage the situation during the game.”

In this article:Arsenal, Chelsea, Featured