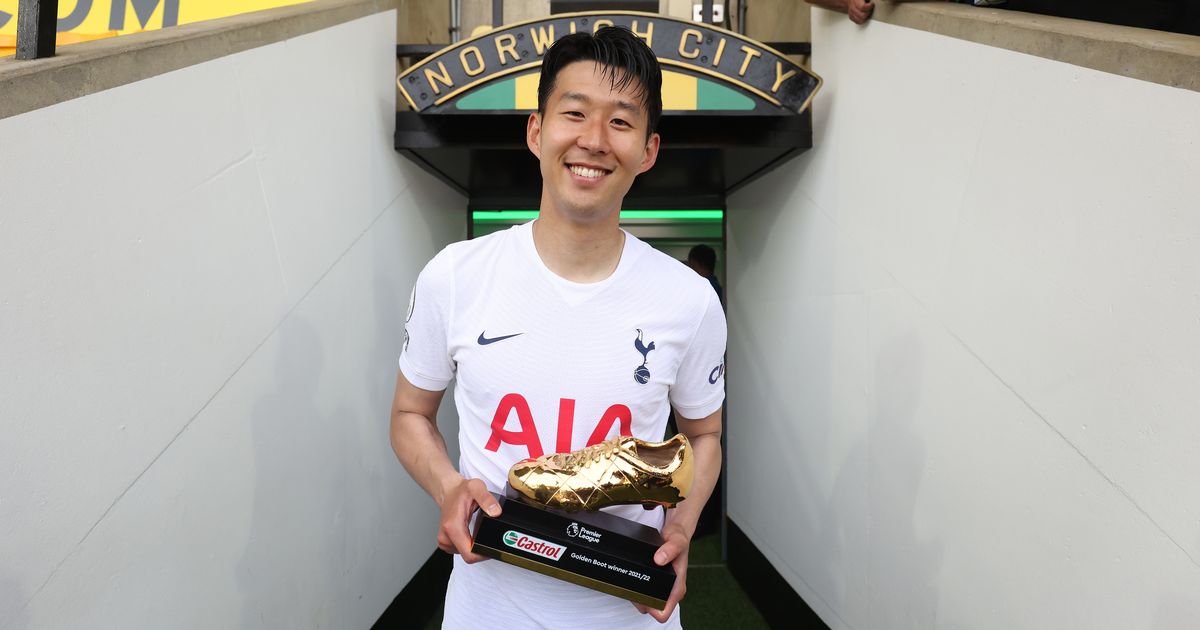 In an intriguing sub-plot to the top four race, Son was chasing Liverpool’s Mo Salah for the Golden Boot – and for a few minutes, it was his prize outright

Miracles were never supposed to be so easy – and as Tottenham sealed their fourth protocol, Son Heung-min seized a Golden Boot at Letsby Avenue.

Three months ago, after a grim defeat at Burnley left Spurs seven points adrift of Champions League orbit, head coach Antonio Conte warned they would need supernatural assistance to dine out at Europe’s top table again. But in north London, where finishing fourth is considered a trophy, it was Arsenal’s turn to hope for a miracle – and they never had a prayer.

And as the dispiriting news of Tottenham’s cakewalk filtered through to the Emirates, two-goal Son – joining Mohamed Salah at the top of the Premier League scoring charts – was the Gunners’ troll in the park. In fairness, he could not have wished for a more compliant defence to dissolve in his wake. Norwich were hopeless.

But if they turned this season into a West End stage show, it would have to be called the Spursy Boys. Only Tottenham could be eliminated from the Thursday Night Pub League in Europe and recover to qualify for the Champions League.

Only Spurs could lose four out of five against Chelsea, Southampton, Wolves and Burnley – with the only respite being a glorious heist at champions Manchester City. And only the Lilywhites could go into the final day of the season with a congenital fear of lasagne – but make it look a piece of cake.

Pierre-Emile Hojbjerg had already spooned a simple chance over the top before the early goal Spurs craved. The Dane’s long ball sent Rodrigo Bentancur galloping into a postcode of his own and the Uruguayan schemer’s cut-back left Dejan Kulusevski to apply the last rites.

But if Tottenham’s opener was all too easy, their second was an embarrassment to the Dog and Duck, let alone the Premier League. Norwich keeper Tim Krul has had a fine career, but his feeble clearance straight to Bentancur was a risible gift, and Harry Kane mopped up his 27th goal of the season in all competitions.

Kulusevski’s rasping finish into the top corner was the cue for the Canaries to curl up their toes, but the intrigue was not over. Apart from Tottenham’s parochial squabble over the garden fence for the keys to Champions League loot, Son’s race with Liverpool striker Salah for the Golden Boot went to the wire.

Here was a glorious invitation for the Korean to fill his boots, and for 70 minutes his chances came and went. But finally, when sub Lucas Moura’s delicious flick sent him clear, Son found the bottom corner to make it 4-0, and five minutes later he whipped a sublime 25-yarder beyond Krul to move briefly ahead of Salah on 23 goals.

Have Your Say! Where does Son rank among Spurs’ great forwards? Join the debate here.

Hoisted shoulder-high by his team-mates in front of the travelling fans, Son’s fairytale didn’t quite last the distance. Egyptian king Salah scored against Wolves to restore parity, but it was the only thing that went wrong for Conte’s miracle-workers. Wooden spoonists Norwich we can deal with in short measure. Next time they turn up to a gunfight, it would help if they didn’t bring water pistols.

As the mood turned increasingly sour, fans resorted to the national anthem of the damned – What A Load Of Rubbish – before calling for majority owner Delia Smith to fall on her cooking utensils, and for sporting director Stuart Webber to follow suit.