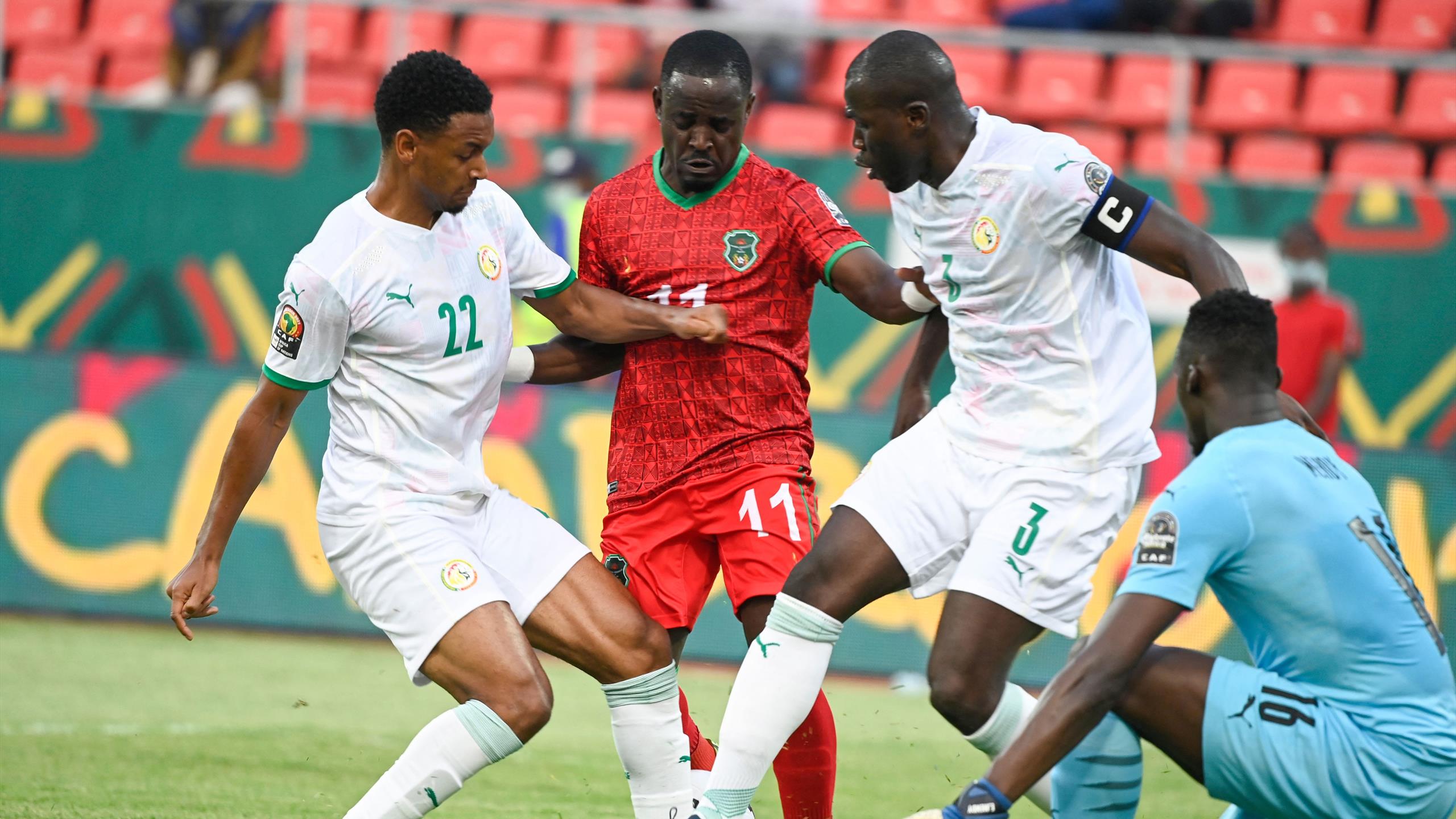 Senegal were left clinging on to top spot after a sluggish performance saw them held to a goalless draw by Malawi – who will be hoping they can progress as a best performing third placed team.

Malawi just needed a goal to change the whole outlook of the group, but they were left cursing VAR after having a very tight-looking penalty decision overturned in the second half.

After scoring just one goal in the group stage, Senegal won’t take a huge amount of confidence into the last-16, despite going through as table toppers of Group B.

Guinea are through in second spot despite being beaten 2-1 by bottom side Zimbabwe – who knew they were already out after losing their first two matches in Cameroon.

Knowledge Musona headed in the opener for Zimbabwe, before Kudakwashe Mahachi doubled their advantage just before half time.

Liverpool midfielder Naby Keita pulled a goal back with a fierce strike just after the break, but they were unable to find any further goals, giving Zimbabwe their first win at the tournament in sixteen years.

Guinea were left grateful for Malawi’s deadlock against Senegal, and were also left praising the intervention of VAR on a dramatic final round of fixtures.

As well as dramatic, it was a historic day in the competition after Rwandan-born Salima Rhadia Mukansanga became the first woman to referee a match at the Africa Cup of Nations.