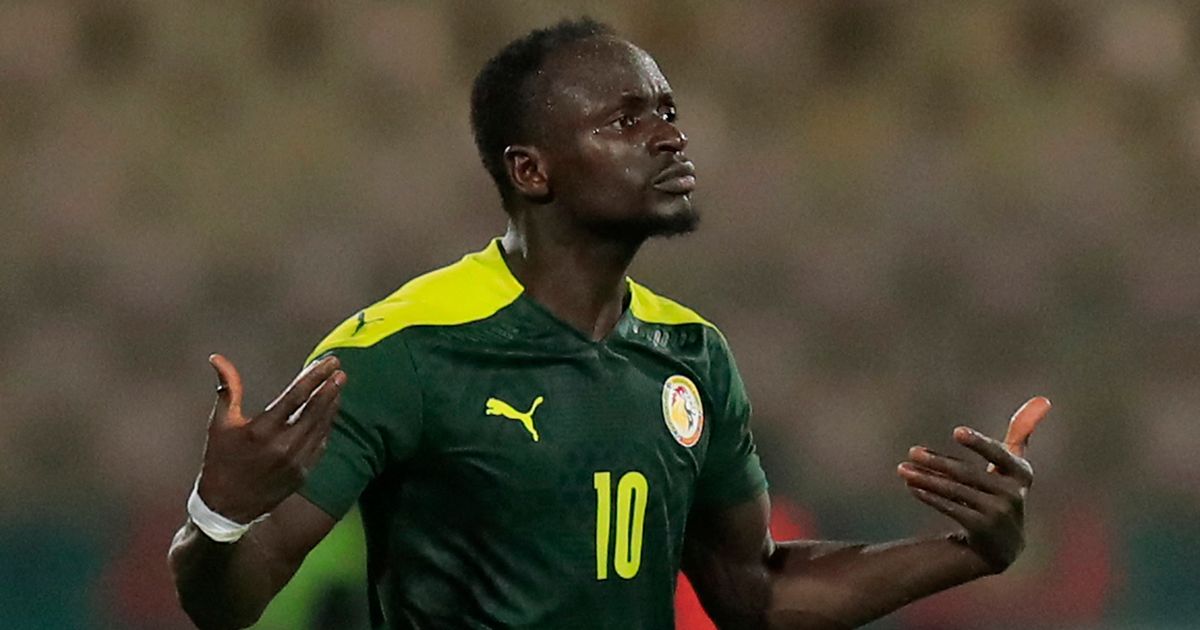 Sadio Mane’s Senegal have won their first ever Africa Cup of Nations title after beating Mohamed Salah’s Egypt on penalties in a thrilling encounter in Yaounde, Cameroon

The game remained goalless after 120 minutes of play before Sadio Mane scored the winning spot kick, with Liverpool team-mate Mohamed Salah not taking a penalty.

The result means Senegal are AFCON champions for the first time in their history. Egypt, meanwhile, remain on seven AFCON titles – a competition record.

Here, Mirror Football covers the main talking points on a historic evening at the Olembe Stadium.

Which team deserved to win the AFCON final? Let us know in the comments below!

Gabaski, Mohamed Salah and Sadio Mane shared some words before the early penalty was taken
(

Egypt made a shocking start to the game when Mohamed Abdelmonem fouled Saliou Ciss in the box with just a few minutes on the clock.

There was no doubting referee Victor Gomes’ decision to award a penalty and few were questioning Mane as he stepped up to shoot.

Mane, Salah and Egyptian goalkeeper Gabaski shared a few words before the spot kick, with the latter winning the mind games on this occasion.

Senegal’s talisman hammered his effort, but the stopper made himself big and produced a brilliant save to ensure it remained goalless.

Mane had the last laugh, however, scoring the winning penalty in the shootout.

The biggest sup-plot of the AFCON final was the contest between Liverpool icons Salah and Mane.

Both players are at the peak of their powers, have won countless honours and are adored by Liverpool fans across the globe.

Neither, though, had won an international honour before Sunday evening.

Salah was part of the Egypt team that suffered an agonising late defeat to Cameroon in Gabon five years ago, while Mane and Senegal lost the 2019 final to Algeria.

Salah can’t afford to be envious of Mane for long, however, as both players are expected to feature in Liverpool’s Premier League game against Leicester on Thursday.

“Do you want to referee?”

There was an amusing moment shortly before half-time, when referee Gomes appeared to offer Salah the chance to referee the game.

The Egypt captain was protesting over Hamdi Fathi’s yellow card and clearly said something to Gomes which the official didn’t appreciate.

Gomes put his whistle, pen and yellow card in his hands and appeared to ask Salah: “Do you want to referee?”

After the Liverpool icon refused to take charge of huge occasion, the referee appeared to point and say: “Then go away.”

Salah is perhaps the best footballer on the planet, yet he’s got a long way to go if he wants to officiate at international level.

Senegal have been blessed with some outstanding footballers in recent years. The likes of Demba Ba, Papa Bouba Diop and El Hadji Diouf spring to mind.

Senegal had previously lost the 2002 and 2019 AFCON finals. It was a completely different story for Egypt, who’d won seven previous editions of the prestigious competition.

The 2002 final defeat was particularly tough for Senegal to accept. They lost via a penalty shootout, with Aliou Cisse – their current manager – missing the final penalty.

It is perhaps fitting, then, that he was the man to lead Senegal to their maiden triumph.

Cisse has come under significant criticism since he was appointed manager in March 2015, yet his status as a legend of Senegalese football is now confirmed.

Heading into the tournament, many in England viewed it as a hindrance to the Premier League rather than Africa’s continental contest.

Jurgen Klopp was questioned by a journalist for describing the AFCON as a “little tournament”, while Ian Wright claimed coverage of it was “tinged with racism”.

“Is there ever a tournament more disrespected than the Africa Cup of Nations?” asked the Arsenal legend.

Seeing Mane realise Senegal’s triumph, though, it was clear the AFCON means just as much – if not more – than his Premier League and Champions League medals.

The English public may never understand why the AFCON matters, yet no one inside the Olembe Stadium on Sunday evening was doubting its importance.