The Belgian striker is enjoying life back at Chelsea after notching four goals in four games, but his past mistakes at Manchester United suggest a need for caution with the Belgian Romelu Lukaku has spoken at length about his delight at being back at Chelsea, a decade after arriving for his first spell at the club, and his free-scoring start to his second spell at Stamford Bridge reflects his feelings.

When he first rocked up to his new home in west London in 2011, Lukaku was a raw talent aged 18, signed as a long-term successor to Blues legend Didier Drogba.

His first 12 appearances for the Blues were nothing like what he had dreamt of during his formative years at Anderlecht, mostly coming from the bench and producing zero goals under Andre Villas-Boas.

But the beginning of his ‘second coming’ at Stamford Bridge shows just how far he has progressed. Even if it feels like he has been around for much longer, the striker is still only 28 and perhaps in the midst of his peak years.

Off the back of a club-record £98million move, Lukaku has hit the ground running at Chelsea, notching four goals in four appearances — including a goal on his debut against Arsenal.

That followed his recent achievement of winning his 100th cap with Belgium, scoring 67 goals in that time to make him by some distance his nation’s all-time record goalscorer. Incredibly, 45 of those goals have arrived in his last 40 caps — a scoring rate that not even the unbeatable Cristiano Ronaldo can match.

Indeed, he produced similar numbers at club level with Inter Milan before he joined Chelsea, which highlighted his return to prominence as one of Europe’s top strikers.

In his two seasons in Italy, Lukaku struck 64 goals in 95 games for the Nerazzurri, helping Inter clinch their first Scudetto since 2010/11 under Antonio Conte.

There were high hopes that Lukaku would produce that kind of form for Manchester United when he was signed from Everton for £75m four years ago. But the Belgian never truly settled at the club, losing his knack for goalscoring under Jose Mourinho and then falling out of favour under his successor Ole Gunnar Solskjaer.

It is fair to say this might have been expected. Lukaku was only 24 at the time when he signed for United and, while his record in front of goal was not to be sniffed at with 42 goals in 75 appearances, he was still finding his way at one of the biggest clubs in the world.

When asked about Lukaku’s troubles under his stewardship, Mourinho admitted that needed to develop some self-belief and aptly described the different stages of development in his career.

“These two years at Inter Milan have given him the stature and the self-confidence that he didn’t have before,” Mourinho told The Times.

“He became loved – a big love from the supporters, love from team-mates, great relations with the coach.

“He’s a big guy, physically so strong, but there is also a kid inside who needs that love, needs that support, needs to feel important.”

It is early days in his second spell at Chelsea, but there is no question he has won over the fans already with his clinical finishing, scoring four goals from six shots on target.

His effortless ability to hold off defenders when protecting the ball is reminiscent of the way Drogba and Diego Costa used to bully the opposition and strike fear into their bones. That in itself is an art.

The way he has quickly settled into life with his new club should come as no surprise, as it’s a regular feature in how Lukaku goes about starting life with a new club.

In his first loan spell at West Brom in 2012-13, the 19-year-old bagged two goals in his first four matches. At Everton, he improved that tally to four in four and repeated the same feat at Man United after making his debut in 2017.

He found his feet quickly at the San Siro, finding the net twice in his first four appearances and now has a goal every 90 minutes at Chelsea.

The fact he even went on to score 11 goals in his 10 games at United makes his collapse there all the more baffling. But it should serve as a warning that a goal drought can come at any time — one that Chelsea and Lukaku must be ready for.

At United, it was arguable that as Mourinho’s defensive tactics moved to the forefront, Lukaku was left more isolated in attack. And with it, his frustration grew as his team-mates failed to supply him with service.

That is not to suggest the Blues will follow the same pattern, but there was a worrying aspect about the lack of chances created for Lukaku, who headed home the winner in the slender 1-0 win over Zenit St Petersburg in the Champions League on Tuesday.

There is a feeling that, for all of Thomas Tuchel’s sensational work in filling the gaps in Chelsea’s leaky defence, they have been profligate in front of goal and their willingness to all out for Lukaku reflected that.

Now that they have a striker capable of scoring 20 goals a season, Tuchel must find a way to maximise his potency in front of goal.

That could mean pairing him with Kai Havertz and Mason Mount in attack, two players who are capable of carving out chances for the towering Belgian as well as themselves.

Or they could revert to Conte’s method in the 3-5-2, using Timo Werner as a perfect imitator of Lautaro Martinez, shadowing Lukaku as the man to latch onto his flick-ons or take defenders away with runs in behind the backline.

It is something that Mourinho never truly explored or even experimented with, while Solskjaer simply did not give him enough game time. The latter is unlikely to be a problem at Chelsea, what with the lack of competition up front and Lukaku’s growing popularity with the German head coach.

Tuchel is also wise enough and tactically aware that he may require more than one system to train his players in as the current model is effective but also rigid.

The Lukaku that found life difficult at Old Trafford is not the same man that turns up to Cobham everyday with a smile on his face.

He boasts a leaner figure, a better first touch and an awareness in the box that very few strikers have. With that in mind, his future at Chelsea appears to be more prosperous than his ill-fated spell in Manchester.

But they must have a Plan B ready should the goals start to dry up, just like they did at Old Trafford, or risk letting their hefty investment in the goal-laden Lukaku go to waste. 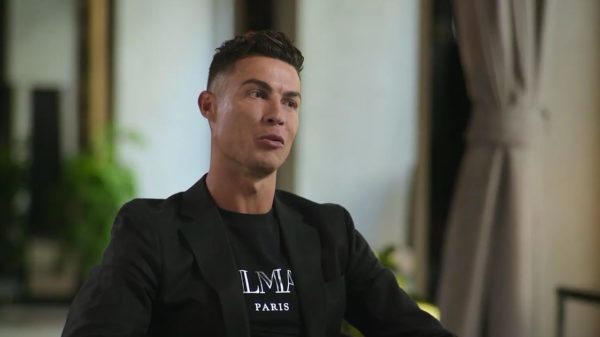