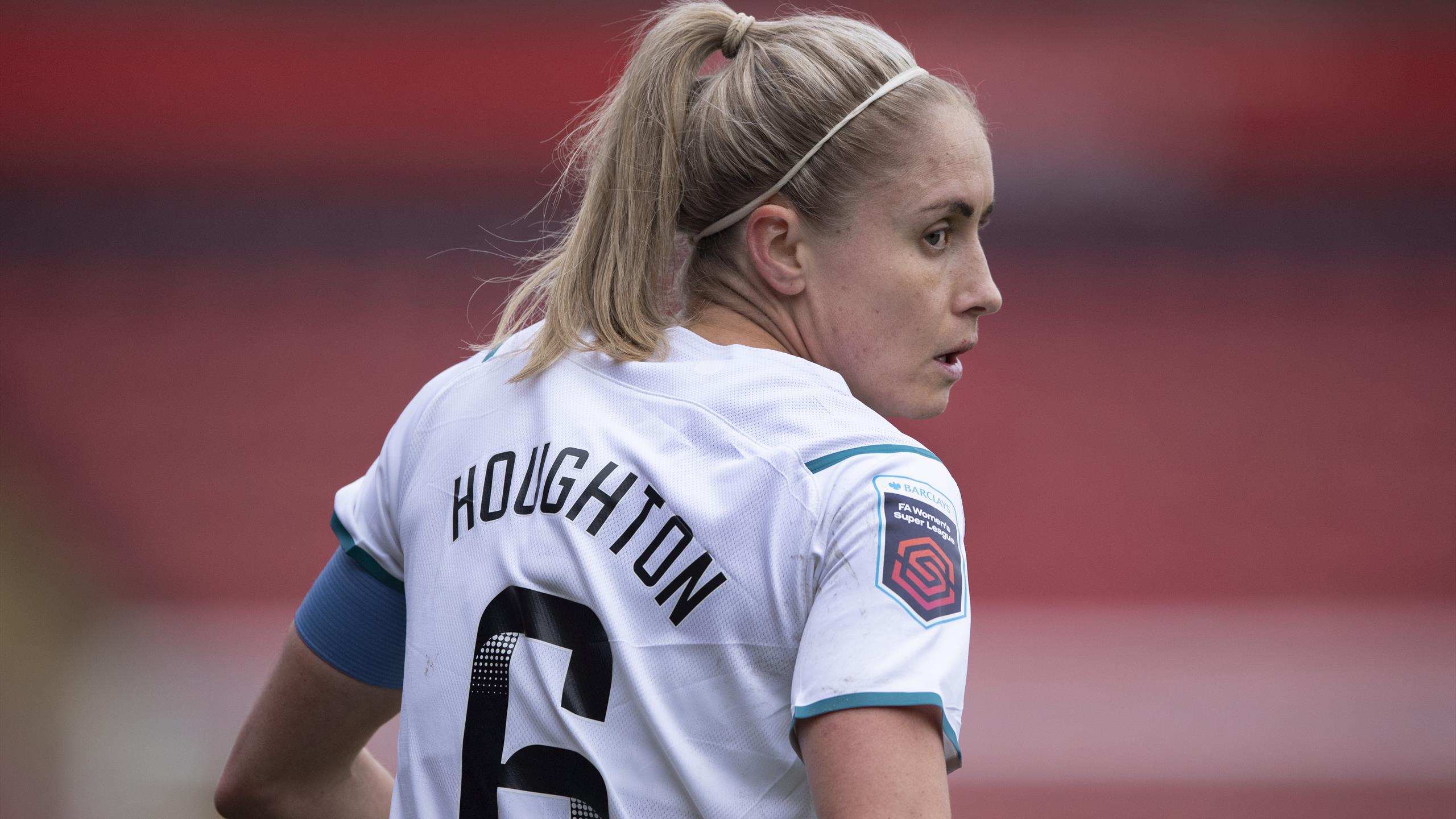 Lionesses manager Sarina Wiegman has admitted that it was “really disappointing” not to be able to include Steph Houghton in her England squad for the inaugural Arnold Clark Cup this month.

Following her squad announcement for the tournament, where England will face Germany, Canada and Spain in preparation for Euro 2022 in the summer, Wiegman was asked about Houghton’s absence and conceded that it was frustrating not to be able to select her captain.

“You’re always disappointed when you can’t bring in a player who you really want to bring in,” she said. “Beth England is not available either, but with Steph, it’s really disappointing because she has been out for a long time already.

“She came in September, then she had to leave. She did well when she came out of the winter break, she played well, but she still now needs a little bit more time to get fit again.

“So, yes, that was disappointing, for her in the first place but also for our team.”

Houghton struggled with an Achilles problem last year and, having battled her way back into contention for England’s World Cup qualifying games against North Macedonia and Luxembourg in September, suffered an injury in training which kept her out for four months.

While she managed to make a handful of appearances in the Women’s Super League in January, Manchester City boss Gareth Taylor confirmed last week that she had “had a bit of a setback with her Achilles” and she missed the 1-0 defeat to Chelsea on Sunday.

“Sometimes with the Achilles, you can get that type of injury but, hopefully, it’s not something to keep her out too much longer,” Taylor added.

Asked how Houghton is dealing with the disappointment of missing out on another England squad, Wiegman said: “She was really, really disappointed, of course, but you need to do smart things too. If you need more time to get fit, you have to take that time otherwise you’ll be out for a longer period.

“That’s what we don’t want, that’s what Manchester City don’t want and what she doesn’t want… she needs time and then, hopefully, she will recover.”

As for the tournament, Wiegman said: “I’m looking forward to playing against three world-class teams. It will be the perfect way to begin a big year, and we will get a lot of important information from training and the matches ahead of the Euros.

“The rhythm of three games in 10 days will also help us, offering more opportunity for rotation, to understand more about our squad and the way we want to play. I know the players will be excited to test themselves against strong opponents.

“This tournament can only help us on our way to being ready for the opening match of the Euros. That is what we are all working towards. It will also be special to go to three top stadiums in different parts of the country and I am sure the fans will give us great support once again.”

Every WSL player registered for the women’s Olympic football event