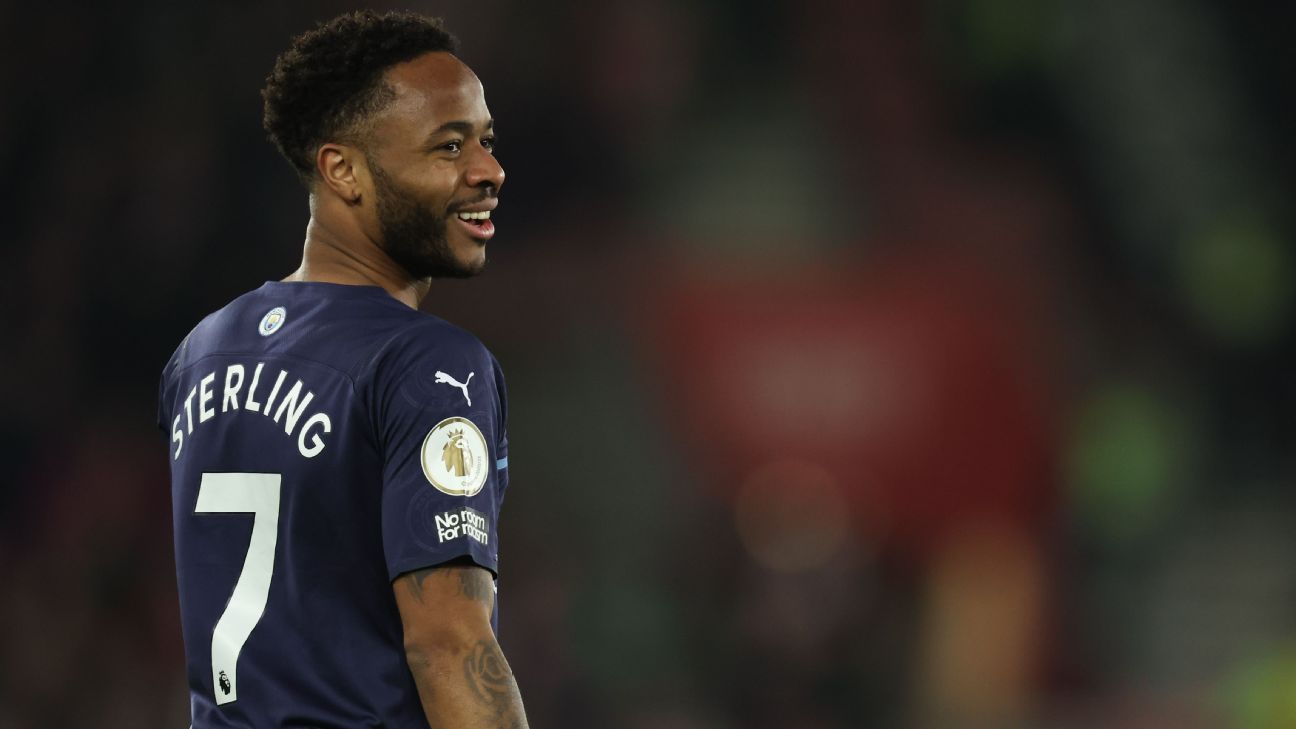 Sterling, 27, has yet to agree a new contract at City and has had some reservations over his place in the first-team this season. The England winger’s deal expires in a year and he could be available for around €60 million.

Real Madrid missed out on the €60m signing of Borussia Dortmund striker Erling Haaland to City and now their first-choice summer recruit Kylian Mbappe has decided to stay with Paris Saint-Germain.

Kylian Mbappe — a personal friend of the Monaco midfielder — has also asked Paris Saint-Germain to sign Tchouameni, but sources said that this week’s Champions League finalists were the favourites to land the 22-year-old.

ESPN reported in January that Madrid were tracking Tchouameni’s progress as they viewed the signing of a defensive midfielder as a priority.

Madrid have also received positive reports about Ajax’s Ryan Gravenberch — who is now a reported target for Bayern Munich — but sources told ESPN that Tchouameni was at the top of Madrid’s midfield wishlist for this summer.

– Sky Sports Deutschland have reported that Bayern Munich have made movements in recent days as they aim to bring in Liverpool forward Sadio Mane. It is also suggested that Kylian Mbappe staying at Paris Saint-Germain is a bonus for the Bavarians, as it means the Ligue 1 champions are unlikely to be able to afford a move for Mane.

– Manchester United are willing to spend €50m to bring in Villarreal defender Pau Torres, according to Marca. Erik Ten Hag wants a centre-back who is comfortable passing the ball, while the Yellow Submarine are braced to potentially lose some key players with Arnaut Danjuma and Pervis Estupinan also gaining interest.

– Having secured a Champions League spot for next season, Tottenham Hotspur are set to compete with bitter rivals Arsenal to sign Manchester City forward Gabriel Jesus, according to The Telegraph. The Telegraph’s report suggests that the Gunners have even spoken to the Brazilian’s agent, though that hasn’t stop Spurs from attempting to make the signing. Sources had previously told ESPN that Arsenal are weighing up their options after being told City will demand £55 million for Jesus’ transfer this summer.

– As Paulo Dybala prepares to leave Juventus upon the culmination of his contract, the Argentine has insisted to Sky Sports Italia that his next destination is still unknown, saying: “I still don’t know what I will do.” There has been reported interest from the likes of Internazionale and Tottenham among others.

– Atletico Madrid have joined Nice, Marseille and Lyon in showing interest in signing Lens right-wing-back Jonathan Clauss, according to Foot Mercato. Atleti’s right side is said to be a priority due after Kieran Trippier joined Newcastle United in January. With Sime Vrsaljko also set to depart, Los Colchoneros would rather not have to play Marcos Llorente out of position. Clauss’ transfer fee is said to be worth around €20m.

– With Ivan Perisic‘s contract coming to its culmination at the end of June, Internazionale have increased their wage offer in the hopes of persuading the Croatian to stay, reports Sky Sports Italia. There has been interest from Juventus and clubs in the Premier League but Inter are now offering €5m plus bonuses that are fairly easy to reach.