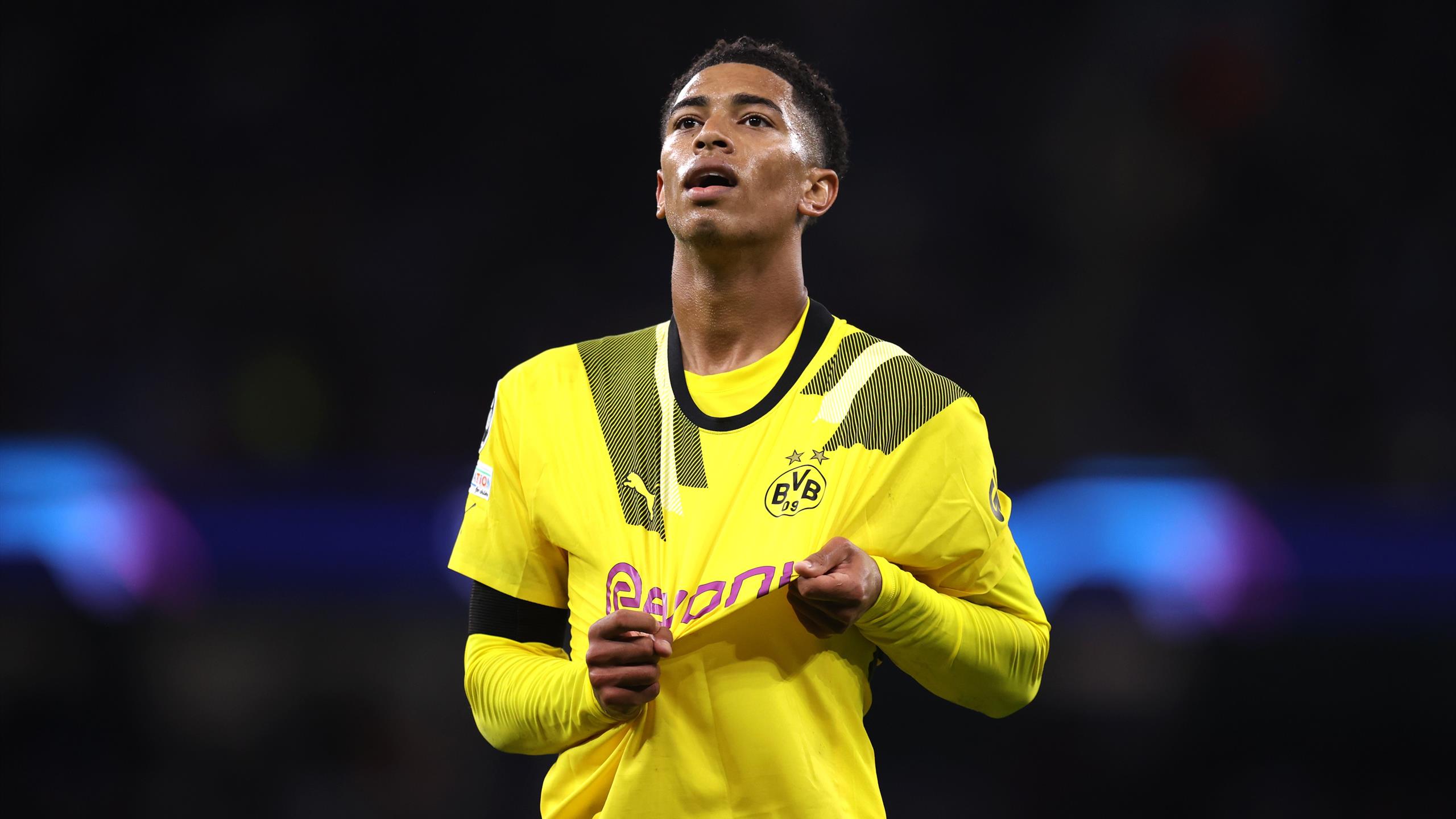 Jude Bellingham is angling towards a move to Real Madrid next summer, Marca reports. The Spanish outlet claims the England midfielder is showing signs he is eager to join the Champions League winners, having reportedly listened to Los Blancos when not renewing his Borussia Dortmund contract and also ignoring offers from the Premier League. Liverpool have been heavily linked with the midfielder too, but Marca report with confidence that Real will land their No 1 target at the end of the season, by which point Luka Modric and Toni Kroos’ contracts will have expired – unless the extend their deals further.

Paper Round’s view: Real’s interest in Bellingham is nothing new, but Marca’s confidence is at least intriguing, especially given the increased necessity around Liverpool’s need to strengthen their own midfield. Of course, Bellingham has at least a decade left at the top, making two moves more than possible, if he wants.

Barcelona would be keen on swapping Memphis Depay for Liverpool’s Roberto Firmino, Sport in Spain reports. It is claimed the swap would favour both clubs, and could even go ahead in January given Firmino and Depay’s contracts are expiring at the end of the season.

Paper Round’s view: It is difficult to see Liverpool going for Depay, even if they may be resigned to losing Firmino. For that very reason, a swap deal looks off the cards, but hey – just you never know.

Juventus have opened talks in their pursuit of Christian Pulisic, the Mail reports. With the American having started just one Premier League game so far for Chelsea, the winger is willing to leave after four seasons at Stamford Bridge. Pulisic is said to have had a bad relationship with former head coach Thomas Tuchel, but it still keen to look elsewhere despite Graham Potter replacing the German. Juve are said to be interested in Pulisic, too, and could make a £31m offer for him in January.

Paper Round’s view: There have been flashes of brilliance from Pulisic at Chelsea but nothing really consistent enough for him to hold down a starting spot, with injuries hampering him at times as well. No doubt the quality is there, but perhaps this is a match that won’t quite work out. Nevertheless, Potter will get a few months with him at the very least, so let’s see where he stands in the Chelsea ranks come December and January.

Newcastle United have become the latest Premier League club linked with Mykhaylo Mudryk, with the i reporting the Magpies’ interest in the Shakhtar Donetsk winger dubbed the ‘Ukrainian Neymar. With a pricetag just south of £50m, Newcastle could look to make a move for Mudryk, although they potentially face competition from Arsenal, Liverpool, Everton and perhaps even Brentford.

Paper Round’s view: When you’re dubbed the ‘Ukrainian Neymar’ then you’re going to make headlines, and also turn a few heads. Lighting up the Champions League helps too, mind, and Mudryk has done just that. Expect more clubs to join the queue.

Real Madrid may give up Mbappe chase for good – Paper Round