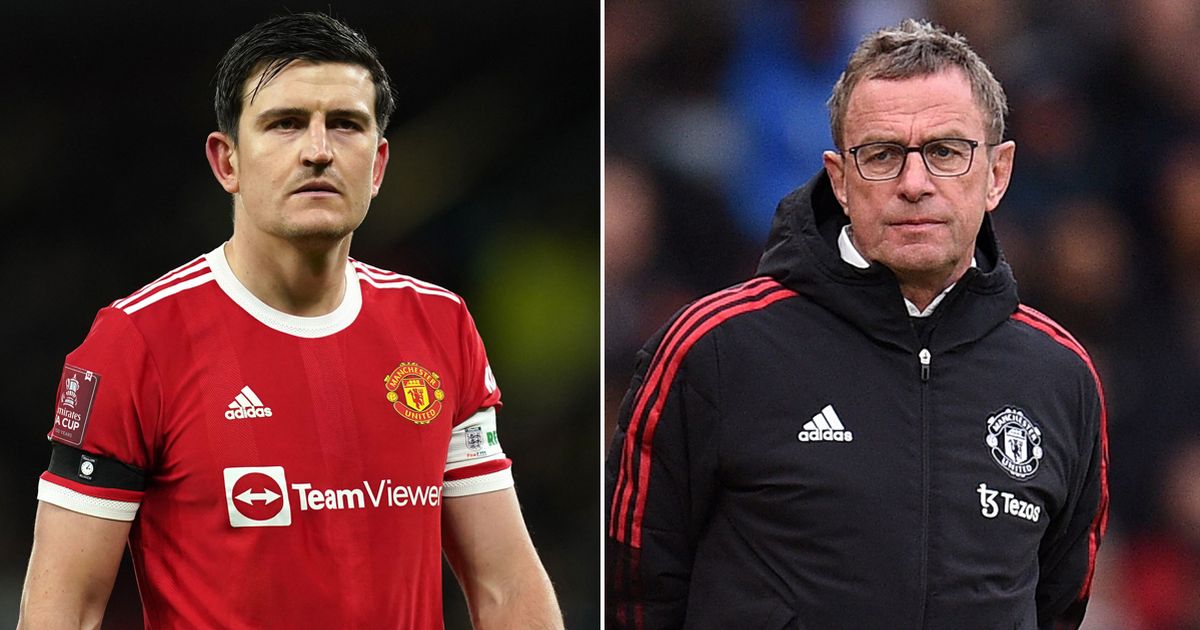 Ralf Rangnick’s recent public vote of confidence in Manchester United skipper Harry Maguire clearly had very little impact if Saturday’s showing is anything to go by.

The United captain has come in for some intense criticism in recent weeks after some dismal individual form has coincided with a particularly bleak run for the Red Devils as a club.

United sit fifth in the Premier League table, level on 40 points with fourth-placed West Ham after 24 games played but have both Arsenal and Tottenham breathing down their necks in the race for Champions League qualification.

The north London duo are just one point behind Rangnick’s men and have played two and three games less respectively.

HAVE YOUR SAY! Should Rangnick drop Maguire? Comment below

Given the high stakes and close competition, every single Premier League point counts and United have dropped an alarming amount in recent weeks.

Before the visit of Southampton, United made the trip to Turf Moor to take on bottom-placed Burnley in a contest that saw Maguire bamboozled by a neat turn from Clarets new-boy Wout Weghorst which led to a crucial equaliser after Paul Pogba’s opener.

The former Leicester City man was the first to admit Jay Rodriguez’s goal “was a disappointing goal on our behalf to concede.”

Maguire’s responsibility in conceding the goal was not lost on fans and pundits alike who brought up his astronomical £80million price-tag and tendency to make a mistake at crucial times.

It was this response that led United’s interim manager to leap to the centre-back’s defence.

“Harry was injured for two-and-a-half weeks,” Rangnick explained, as he tried to excuse the poor performance at Turf Moor last week.

“He had a good game against West Ham and I’m sure he can perform at the same kind of level against Southampton.”

Unfortunately for Rangnick, Maguire’s display for the visit of the Saints was far closer to his nightmare at Burnley than his showing against the Hammers.

The 28-year-old took up his usual position as United surrendered their lead to share the spoils after a third consecutive 1-1 draw.

Maguire has been a mainstay in United’s backline this season, bar a brief spell on the side-lines with injury and has therefore been on the pitch for some forgettable fixtures.

While his efforts against Southampton were hardly the worst individual display you’ll see this season, they represented all that is wrong with United this term.

Slow, lethargic and reactive rather than being front-footed, Southampton striker Armando Broja gave the England international a torrid time all afternoon.

Such was Broja’s dominance, Maguire seemed reluctant to try and get touch tight to the forward by the end of the game – something Rangnick appeared to allude to in his post-match remarks.

“We told the players they needed to be aggressive [at half time] but in the end it is different to perform like that on the pitch,” explained the German.

Rangnick’s half-time message failed to translate to the players and United now find themselves in a precarious position in the table.

With the visit of an in-form Brighton – unbeaten in five, coming up next – Rangnick has a decision to make as to whether he risks another out of form showing from Maguire.