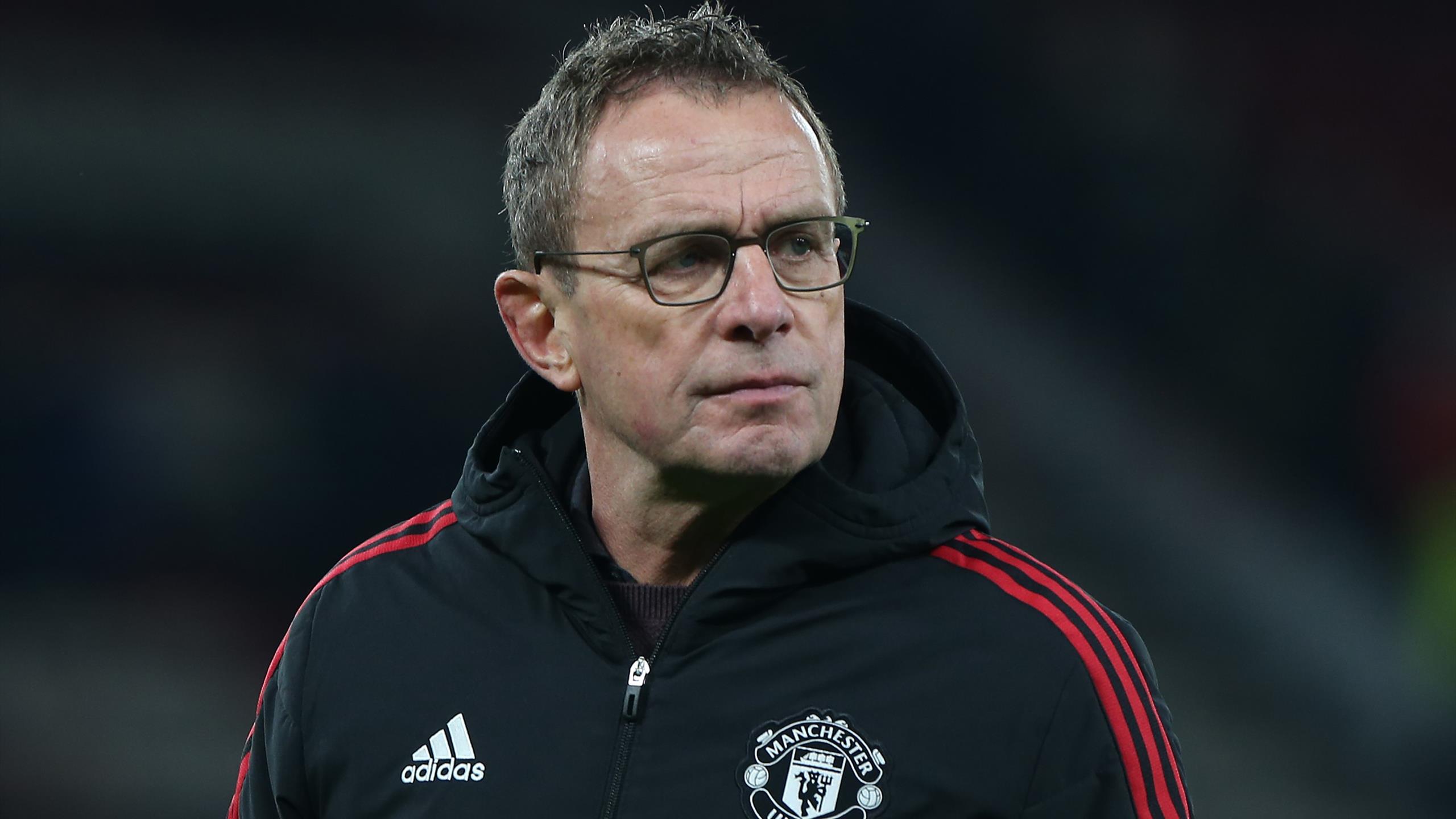 Manchester United interim manager Ralf Rangnick has urged his players to stop airing their grievances online and talk to him instead.

Jesse Lingard and Anthony Martial have both taken to social media recently to contradict comments made by their German boss.

Lingard wrote on Twitter that his “headspace is clear” after Rangnick said the player had been given a few days off to “clear his mind” following the disappointment of not getting a move in the January transfer window.

Rangnick: No rift between me and Lingard

And Martial took to Instagram to deny a suggestion by Rangnick that he had refused to play for the club before joining Sevilla on loan.

Asked ahead of Tuesday night’s trip to Burnley if he would prefer players talk directly to him about their issues, Rangnick said: “It’s always better. I never ever read or communicate by those social media accounts.

“I don’t exist there and wouldn’t have time to do that, so therefore it’s always better and I always communicate with the players directly. I did that with Anthony and Jesse, but maybe I’m from a different kind of generation.

“I know in both cases what I said to the players and what happened so, for me, there’s no reason to discuss this anymore.”

United are in a battle for fourth place in the Premier League. They are currently in fourth, one point above West Ham and two above Arsenal and Tottenham.

Even though they are 19 points off the pace set by leaders Manchester City, Rangnick doesn’t think United’s squad needs major surgery to challenge for trophies again.

“I don’t think so. Overall, the development of the team and its performances in the last couple of weeks have improved,” he said.

“There are two points of criticism that we have to face regarding the Middlesbrough defeat [in the FA Cup]. One: we wasted too many clear-cut chances – we had 22 shots inside the box, 10 were massive opportunities, and we should easily have been 3-0 up at half-time. It should have been 6-1 or 6-2 by the end.

“And the other one is 10 seconds before we conceded, it was a perfect counter-pressing situation inside their half, we took time away from them but not the ball and eight seconds later we were outnumbered in our box.

“Those are the two things I fault the team with. But we invested a week into the gameplan and many of the things we worked on were shown against Middlesbrough.”

‘My headspace is clear’ – Jesse Lingard