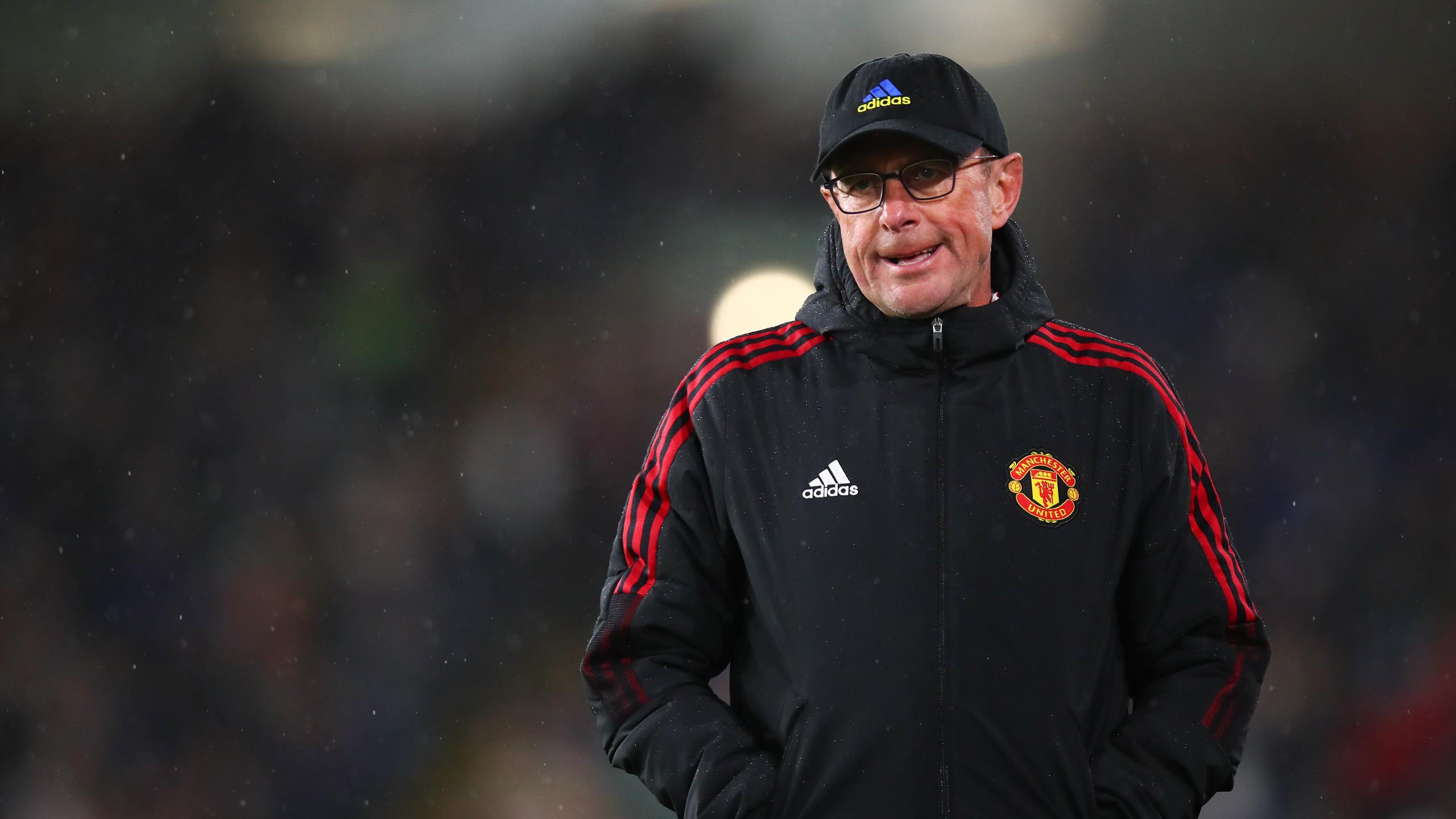 Manchester United manager Ralf Rangnick has downplayed reports that players are unhappy with his training methods and urged the squad to stick to his gameplan.

Rangnick brushed away a report that some players have complained that his training drills are ‘old-fashioned’ and that he regularly delegates sessions to American assistant manager Chris Armas, who has supposedly been likened by the players to Ted Lasso, the fictional coach from the popular Apple+ comedy. Armas has been head coach of the New York Red Bulls and Toronto FC in the MLS but had never had a coaching job in Europe before being appointed by Rangnick.

“I have nothing to say. I haven’t read any newspapers, and don’t know about those articles. The way the team has developed is obvious tactically, and this is due to the work we’ve been doing in training. Both on the pitch but also when we do the video analysis with them,” Rangnick told a press conference ahead of Saturday’s home game against Southampton.

“It’s important the players have also realised that development in the last couple of weeks in and out of possession of the ball. If we concede a goal, against Middlesbrough, it was after 60 minutes, and Burnley was 50 minutes, we should stick to the gameplan and not lose shape or composure.”

Rangnick took over as interim manager for the rest of the 2021/22 season after Ole Gunnar Solskjaer was sacked in November but so far hasn’t been able to give the club a major lift. United were knocked out of the FA Cup on penalties by Middlesbrough and have won just two of their five Premier League games in 2022. A 1-1 draw against last-placed Burnley on Tuesday left United in sixth place, having played a game more than Arsenal in fifth.

They have been more defensively solid than under Solskjaer, but Rangnick admitted that his attack hasn’t been effective enough — with star forward Cristiano Ronaldo going without a goal in his last five matches.

“It’s not only about him (Ronaldo). He should score more goals, it’s obvious, we are creating chances but just didn’t score enough goals,” Rangnick said. “It’s not just an issue with Cristiano, it’s an issue with other players, we don’t score enough goals. If you bear in mind how many chances we create, it needs to improve in the coming weeks. In the first half against Burnley, it was very close to the gameplan we spoke about before the game and now it’s about rewarding ourselves with the results we deserve.”

De Gea: Someone has put a curse on Man Utd