‘Pressure is the rising cost of energy prices’ not the race for the WSL title, says Chelsea boss Hayes 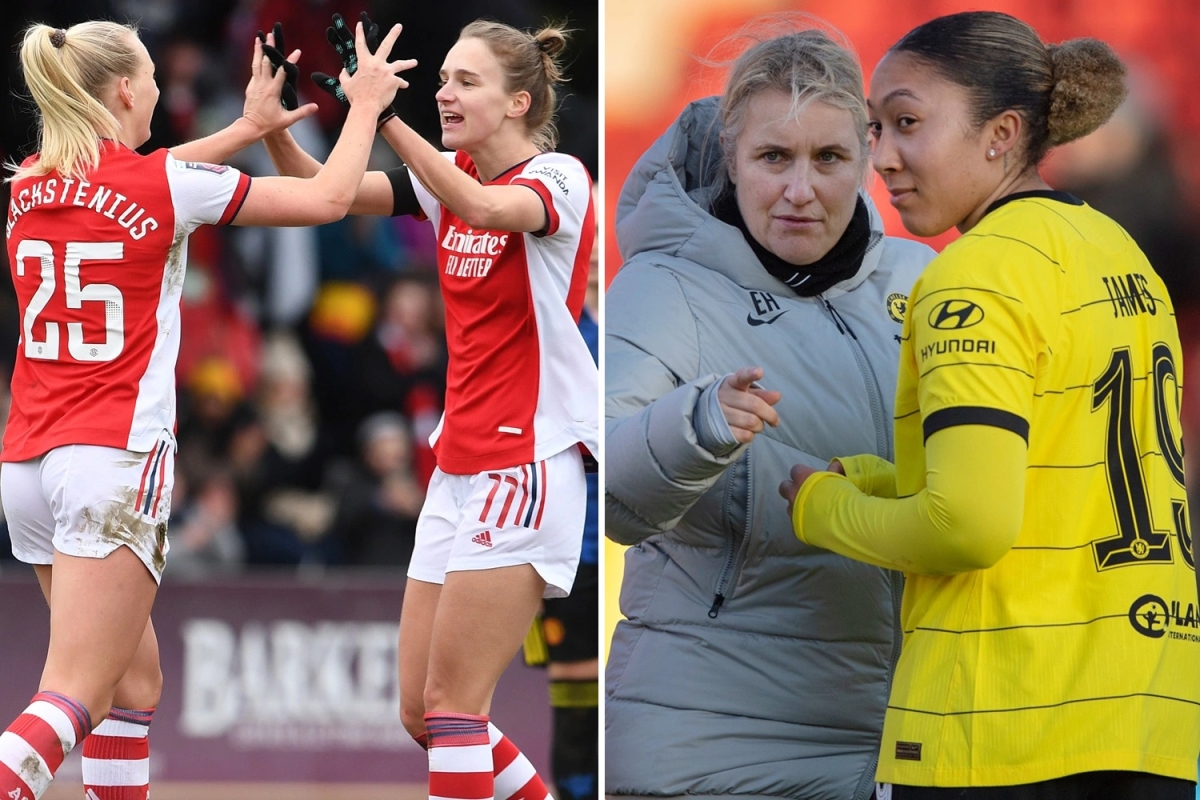 EMMA HAYES brushed off suggestions of Chelsea feeling title race heat ahead of their duel with frontrunners Arsenal.

And the Blues chief believes Manchester United, Tottenham and Reading could be potential dark horses for the WSL crown.

The Friday match at Kingsmeadow will be the third time the rivals have clashed this term, with Chelsea having triumphed in their last encounter – the 2021 FA Cup final.

The champs, who have Ji So-yun back from Asia Cup duty, hope to avenge their season-opening loss to Arsenal, with the Gunners eager to open up a five-point gap at the summit.

But Hayes dismissed the idea of the game being a title decider and believes there could be more major moments ahead.

The Chelsea chief, 44, said: “The twists and turns will go the whole way regardless of outcome. It’s not a game Arsenal need to win.

“A draw or even a loss in either direction is not necessarily season-defining.

“Both teams know it’s a derby game, but there’s a way to go and it’s still too early to call which way the title will go.”

The hosts will be without skipper Magda Eriksson with the Sweden centre-back working her back to fitness from injury.

A home win would see the title-holders move into pole position with a game in hand, but a slim lead of one point.

And Hayes insists Chelsea are not feeling the pressure of chasing their fifth WSL crown.

Hayes added: “Pressure is the rising costs of energy prices for people or people having to find money at times when things are tight.

“This is not pressure; this is great fun. It’s entertainment and yes, it’s competitive.

“I’m confident in the way we’re playing. I just want to see consistency in our performance.”

No one wants situations where it’s just a two-horse race and while I’m not a betting person, this (race) is far from over.

This season’s title and top three races have emerged as one of the most dramatic the WSL has seen in recent years.

Just three points separate Man United – who occupy a Champions League spot – from Reading who are fifth and one place below Tottenham.

The Royals are also eight points behind the Gunners and have played one game less than the leaders.

And draw at Kingsmeadow could see Tottenham reduce Arsenal’s lead to four points should they defeat Birmingham City on Sunday.

Hayes added: “What an amazing season both teams (Man United and Tottenham) have had and I don’t think you can count Reading out with a game in hand.

“It’s very difficult to call what an outcome or result will be, but this is what we want for the league.

“No one wants situations where it’s just a two-horse race, and while I’m not a betting person this (race) is far from over.”

And the Gunners centre-back reckons the Gunners are perceived as ‘underdogs’ for the title despite them leading their rivals for most of this season.

Speaking to Ian Wright on his Wrighty’s House podcast, the England ace said: “The first time we played (Chelsea) in that first fixture of the season, we shocked them all.

“At the top of the table, we’re still disregarded, and I don’t think they (our rivals) look at us as real contenders.

“But I’m happy to take that underdog status to win those games because if our quality shows, we’ll be growing.”