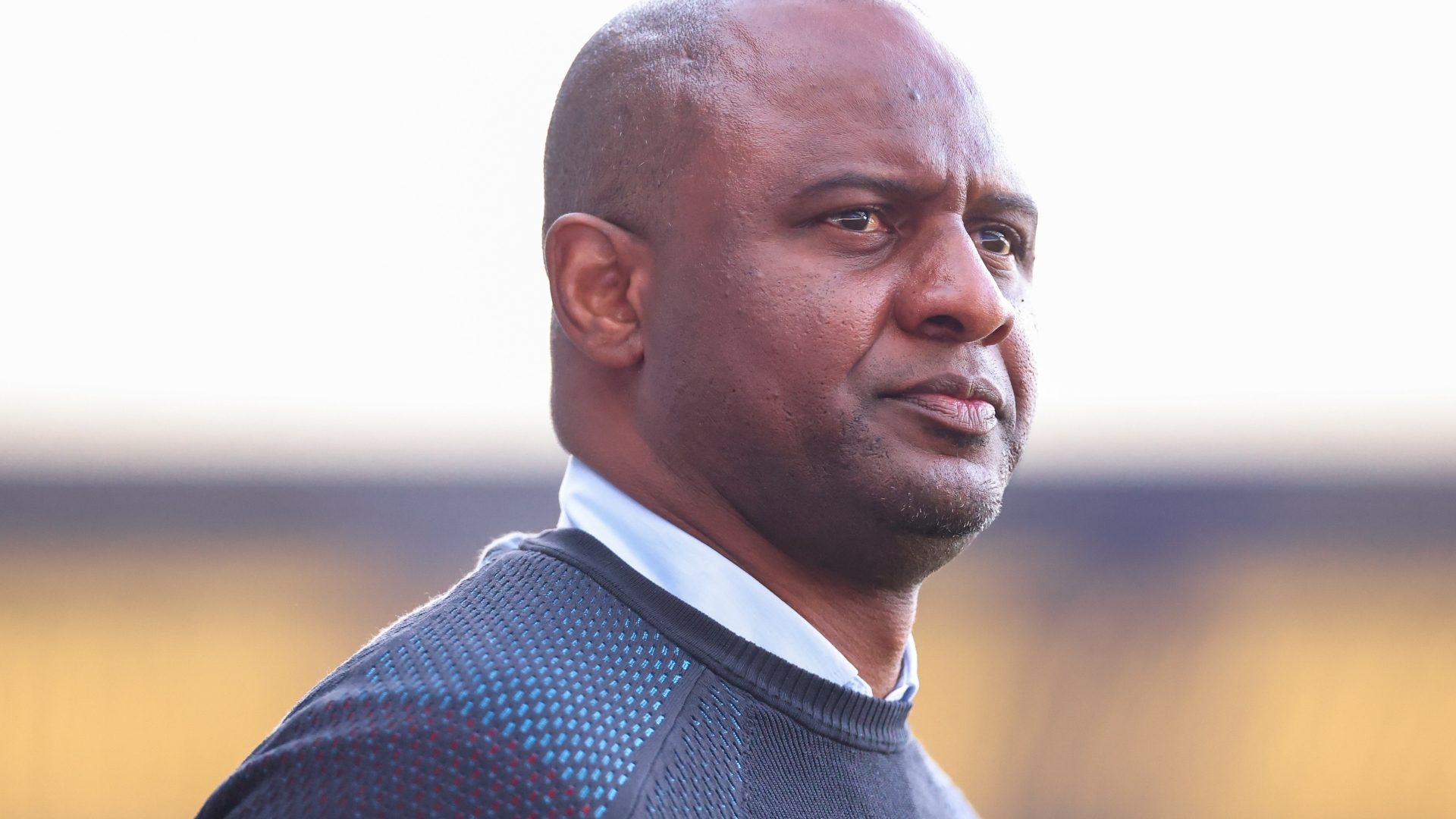 CRYSTAL PALACE boss Patrick Vieira could face a three-game back for ‘violent conduct’ after his altercation with an Everton pitch invader.

The FA have launched a two-pronged probe into the disgraceful scenes that marred Everton’s survival comeback against Crystal Palace.

Wembley beaks have demanded explanations from the Goodison side over the TWO pitch invasions at the end of the win that ensured they will stay in the top flight for a 69th straight season.

But FA disciplinary chiefs will also contact Palace boss Vieira after he appeared to kick an Everton fan who goaded him as he walked across the pitch towards the visiting dressing room.

In a separate development, the FA has also instigated a similar investigation into the post-match scenes after Port Vale’s League Two shoot-out win Swindon.

And it comes as England’s top football cop slammed the “totally unacceptable” scenes which have shamed the game again this week.

Vieira’s reactions could see him in the FA doghouse with a potential three-game ban for “violent conduct”.

It is expected, though, that the former Arsenal midfielder is more likely to receive a warning with an acceptance that he was legitimately on the pitch – unlike those around him – and was acting in self-defence.

The probe into Everton is more likely to result in a heavy fine although a partial or full ground closure is not off limits if a disciplinary commission is set up after the initial investigation.

Commissions have unlimited powers but the FA does not believe in points deductions for events that are not related to “footballing” breaches.

Everton are likely to be asked to justify why they did nothing to prevent the post-match scenes after play was held up for the invasion which followed Dominic Calvert-Lewin’s late winner.

Similar scenes at Vale Park, where the Swindon players were surrounded on the pitch, with reports of some of them receiving injuries, have also forced an urgent FA inquiry.

Two incidents come on the back of the awful events at the City Ground on Monday when Sheffield United’s Billy Sharp was decked and left bleeding by a home supporter, subsequently jailed for 24 weeks.

Ch Con Roberts said: “It has been alarming to see a rise in the number of fans entering the pitch during matches over the past couple of weeks.

“This has at times resulted in assaults and altercations with players, managers and club staff – which is totally unacceptable.

“The pitch is the players’ place of work and like everyone else, they should be able to feel safe.

“I know emotions are running high when clubs are getting promoted or avoiding relegation.

“But having large numbers of fans rushing on to the pitch at the end of the game is a safety risk for everyone, and I would urge all fans to remain in their seats and celebrate in the correct way.

“It is the responsibility of clubs to ensure that fans can view matches in safety and we will continue to work with clubs to see what can be done to help prevent these incidents in future.”