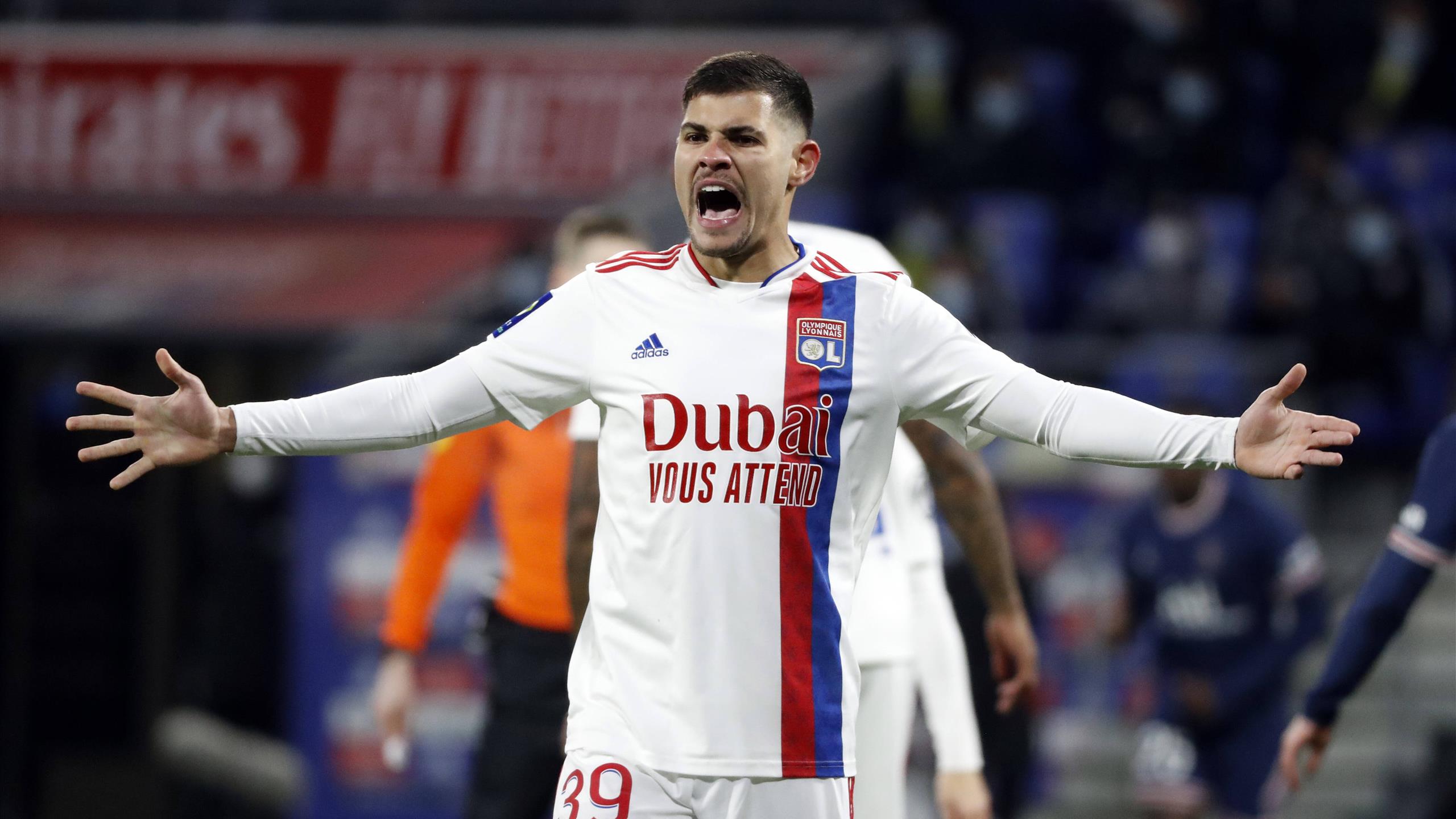 Newcastle United are trying to rush through the remaining possible deals left on the table in the January transfer window, with the Mail saying that Bruno Guimaraes is an option. The 24-year-old Brazilian international can operate as a holding midfielder, and Eddie Howe is keen to bolster his squad after they made the signings of Kieran Trippier and Chris Wood already.

Ronaldo threatens to quit Man Utd this summer – Paper Round

Paper Round’s view: Guimaraes is 24 and would cost around £30 million given Lyon’s financial problems. He is also wanted by Juventus and Arsenal, who have not moved for him in this window and it gives them the chance to add a player who otherwise might have joined a major European side – but it still is not necessarily enough to keep the club out of the Championship.

Spanish newspaper Marca reports that Ajax defender Nicolas Tagliafico has halted talks with all other interested sides as he chases a move to Barcelona. Napoli, Marseille, Aston Villa and Chelsea were also linked but the 29-year-old left-sided defender wants to make sure he can move to Spain, hoping that a compromise agreement can be struck with the current Dutch champions.

Paper Round’s view: Tagliafico will be hoping that Ajax are willing to compromise to allow the deal to happen and he has put in a few years of reliable service in the Netherlands. At 29 he probably has one chance left to sign up for a major team and challenge for major honours, so it is understandable he wants the club to grant him the option to work with Xavi Hernandez in Catalonia.

Crystal Palace are the latest side to be linked with a loan move for Manchester United midfielder Donny van de Beek. The 24-year-old has had few chances under Ralf Rangnick, and previous manager Ole Gunnar Solskjaer was not interested in him either. The Telegraph newspaper reports that the south London club could bring him to Selhurst Park for the remainder of the season.

Paper Round’s view: Van de Beek has had a rotten couple of years and if he does not get out of the club in the next week then he will have to write off two whole seasons, which threaten to kill his career. A move to Palace might not be very glamorous but they have performed well so far this season and it would afford him the opportunity to finally gain experience of the English top flight ahead of the Qatar World Cup.

Paper Round’s view: Saliba’s move to Arsenal did little for his career but time spent at Marseille has helped him mature and start to make the most of his potential. After seeing his way to the first team at The Emirates blocked under Mikel Arteta, it makes sense that he makes sure that he gets plenty of time on the pitch now so as not to lose momentum with his career.