Mo Salah, Raheem Sterling and the players who've won the most penalties in past 6 years 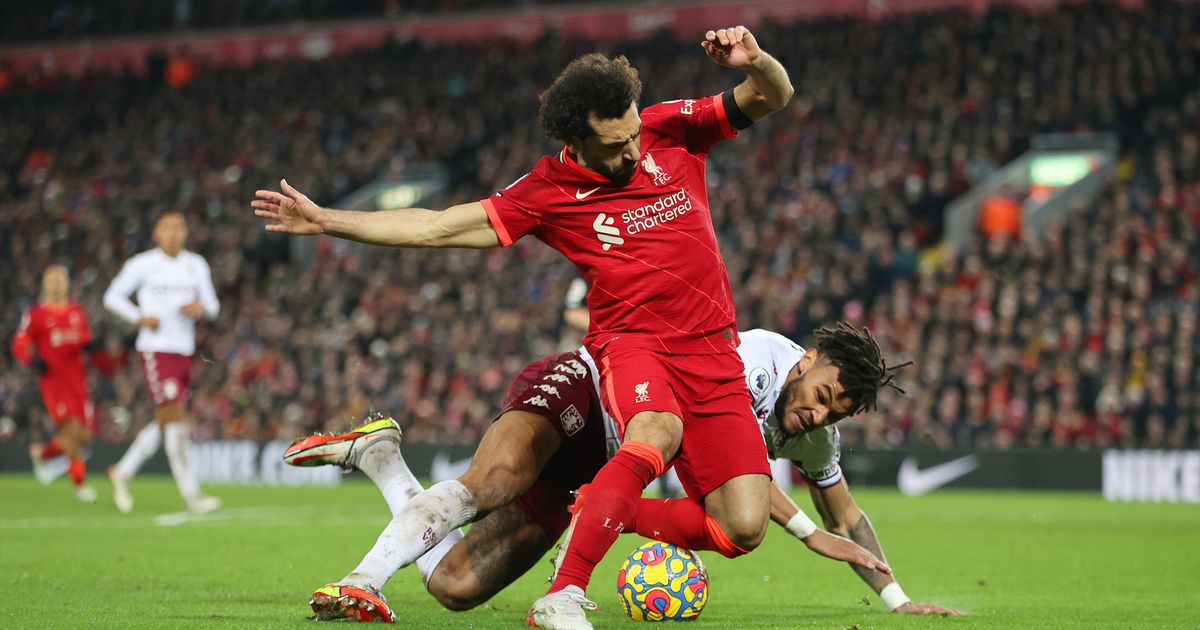 Mohamed Salah and Raheem Sterling are often accused of going down too easily, but statistics prove that the pair are amongst those fouled the most inside the penalty area

It has been revealed that several Premier League stars are amongst those who have won the most penalties over the course of the past six seasons of those in the top five European leagues.

Players going down easily and trying to con the referee into making a decision is a weekly talking point in the English top-flight, and even the introduction of VAR hasn’t entirely eliminated the ‘ugly side’ of football. But a report from FBRep has shown that it is the same few players that are regularly being fouled in the penalty area.

There are several ‘usual suspects’ in the list of top nine players to have won penalties, though stars like Cristiano Ronaldo aren’t as high up the leaderboard as one would expect. The Manchester United star is joint-ninth with nine penalties won since the start of the 2016/17 campaign.

The dominance of the Premier League continues into the eighth spot, with Arsenal ’s Alexandre Lacazette and Chelsea ’s Timo Werner both winning 10 penalties each. They share the spot with former Liverpool star Luis Suarez.

Watford ’s Ismaila Sarr sits in seventh, with 11 penalties. PSG’s Neymar is often frowned upon for his theatrics but he shares the spot with the Senegalese winger, as well as with Spanish forward Santi Mina.

Three of the top five in the list are also from the Premier League. Crystal Palace ’s Wilfried Zaha and Liverpool’s Salah – both with a reputation for going down easily – somewhat prove they are often fouled by sharing fourth by winning 14 penalties each. Italy international Ciro Immobile has won one more than that aforementioned duo, with Kylian Mbappe taking the second spot with 16 penalties won.

Manchester City ’s Raheem Sterling tops the list overall, he has won 18 penalties over the course of the last six seasons so far. The England international’s blistering pace will certainly be a factor in this, whilst the sheer amount of chances that Pep Guardiola’s side creates and how often they spend in their opposition’s penalty box must also be heavily considered.