Mikel Arteta responds to Pierre-Emerick Aubameyang criticism at Arsenal, saying he is the 'solution, not the problem'

Mikel Arteta has defended the way he handled Pierre-Emerick Aubamyang’s exit from Arsenal, saying he was “the solution, 100 per cent”.

Aubameyang left on a free transfer to join Barcelona in the January transfer window after falling out of favour with Arteta.

Aubameyang was stripped of the captaincy in December after a disciplinary breach and did not play for the club again.

After joining Barca on Deadline Day last month the striker said his only “problem” was with Arsenal manager Arteta.

“That’s his opinion, that’s what he said and you have to respect that,” said Arteta on Wednesday.

“I’m extremely grateful for what Auba has done and his contribution. The way I see myself in that relationship is the solution, not the problem.

“I’ve been the solution, 100 per cent. I can look in the eye of anybody. The intention all the time is the best and not for me, it’s for the club and the team.

“It ended up the best possible way for everyone I think. This is part of football. You have to make a decision that the best thing to do was let him move on and now he plays for Barcelona.”

Arteta also confirmed that Alexandre Lacazette will be the club’s captain until the end of the season.

Lacazette is one of only two recognised strikers, along with Eddie Nketiah, left in the Arsenal squad following Aubameyang’s exit. Arsenal also let Folarin Balogun join Middlesbrough on loan in January.

“We did what we believed was the right thing to do,” said Arteta.

“The squad composition and contracts were catching up, be fair with players who haven’t had a lot of minutes. We had a clear plan of what we can do but then it has to be doable.

“Edu [sporting director] and his team have done a great job. We are very clear we only want the best people and the best players at this club. When we are in a rush and the reasons to get a player on board are not the right ones we didn’t do it.

“The most important thing is that we’re all on the same page, focused with the right belief and go game by game to get the level of performance that we need to win as much as possible.”

Arsenal have failed to win a game this year, losing three of their last five matches in all competitions. They have also not scored in their last four games.

“For different reasons we didn’t get the results,” said Arteta.

“The performance against [Manchester] City and Burnley were very different. We played three games out of five with 10 men. If we continue to do that in the next 17 games our chances will be really low. We also had a lot of injuries and Covid as well.”

Arsenal are next in action on Thursday when they travel to Wolves in the Premier League. 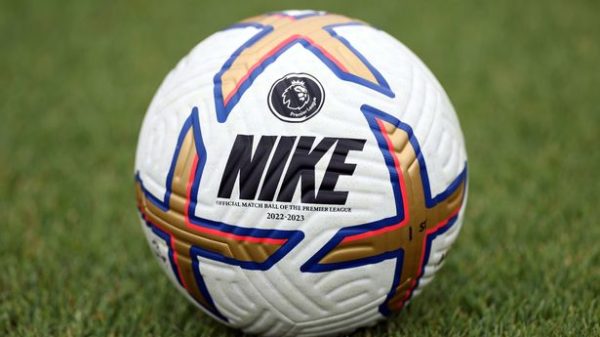