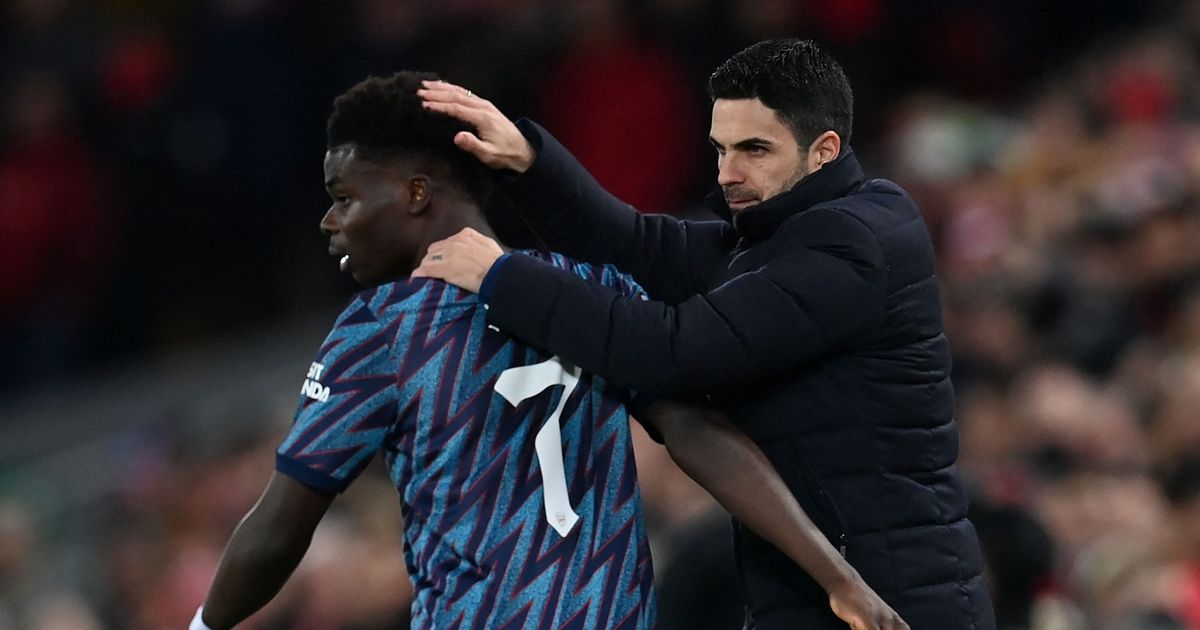 Bukayo Saka has been one of Arsenal’s star performers this season, but manager Mikel Arteta will be well aware of the challenge ahead if he wants to keep hold of the England international

Arsenal star Bukayo Saka has put his Euro 2020 disappointment behind him to continue delivering for the Gunners, but continued interest in the youngster is putting extra pressure on Gunners boss Mikel Arteta.

Arteta has put his trust in the 20-year-old, and Saka has stepped up at a time when former captain Pierre-Emerick Aubameyang was offloaded and other more senior players have been below-par.

Saka has seven goals in all competitions this season – already equalling his best ever return – with six goals and four assists in 21 Premier League appearances, and Arsenal are keen to reward him with a new contract in a bid to keep him on board.

It has been unsurprising to see the England international’s form attract interest from some of Europe’s best clubs, and Arteta will know what’s needed to keep hold of the London-born talent.

Is Arsenal the best place for Bukayo Saka to kick on? Have your say in the comments section

Saka has scored his first competitive goals for England this season to go along with his club exploits, netting in the World Cup qualifiers against Andorra (twice) and San Marino.

His displays for club and country have brought interest from Manchester City and Liverpool, with ESPN reporting that both clubs will battle it out for the youngster if Arsenal fail to make the Champions League.

The performances of Saka and his teammates have ensured Arsenal are very much in the mix for a top-four finish, but the size of the task ahead will not be lost on Arteta.

Arsenal currently sit sixth in the Premier League, though they have games in hand on the two teams above them.

Saka’s goals have come against teams from both ends of the table, with the midfielder netting in a North London Derby victory over Tottenham in September and opening the scoring in a New Year’s Day defeat to league leaders Manchester City.

Arsenal have not been higher than fourth in the table this season, but with just four points between Manchester United in fourth and Wolverhampton Wanderers in eighth there is everything to play for.

Arteta failed to add a striker in January
(

Arteta will need Saka and his teammates to keep up their high level in the second half of the season if Arsenal are to turn a strong start into a top-four finish, with the future of young talents like their number seven at stake.

The Gunners let Aubameyang and Sead Kolasinac leave permanently in January, while there were loan exits for the likes of Folarin Balogun and Ainsley Maitland-Niles, but no new forward was added despite efforts to bring in new faces.

Dusan Vlahovic ended up joining Juventus despite interest from Arteta’s side, while moves failed to materialise for fellow targets Alexander Isak and Dominic Calvert-Lewin.

American defender Auston Trusty and teenage defender Lino Sousa were the only January signings for the London club, with Trusty returning to Colorado Rapids on loan until the summer.