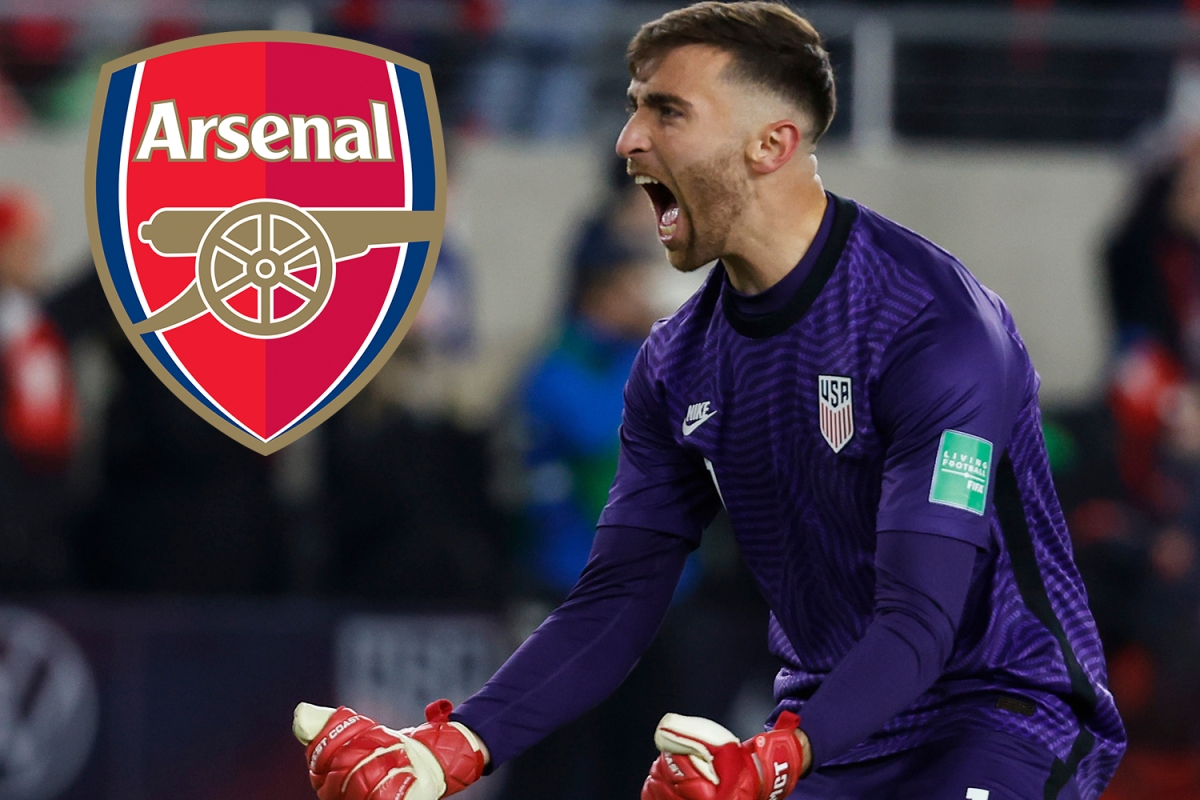 NEW ENGLAND REVOLUTION have confirmed that goalkeeper Matt Turner will link up with Arsenal in the summer.

The Gunners have been heavily linked with a move for the 27-year-old after submitting an offer to sign him in January.

An official announcement had been expected with the North London outfit completing paperwork to bring him to England earlier this week.

And now the MLS side have announced that Taylor will depart the club for the Premier League later this year.

In a statement released on their website, the club said: “The New England Revolution have agreed to terms for goalkeeper Matt Turner to join Arsenal of the English Premier League in a summer transfer for an undisclosed fee pending completion of a medical.

“Turner, the 2021 Allstate MLS Goalkeeper of the Year, is expected to join Arsenal in late June 2022.”

The USA international will remain with the Revs for half of the MLS season and their Concacaf Champions League campaign.

It is believed that Arsenal have forked out around £7.5million including add-ons for the New Jersey native.

Turner will compete for the No1 jersey with fan favourite Aaron Ramsdale next term.

His arrival at Arsenal will likely see Bernd Leno leave the Emirates, with Newcastle a potential option for the German.

The ex-Richmond Kickers loanee has earned rave reviews in America where he helped New England win the Supporters’ Shield in 2021.

He has also starred on international stage where his dazzling displays saw USA claim the Concacaf Gold Cup in August, with the player named as the tournament’s best goalkeeper

Berhalter remarked: “It’s just an amazing story and it’s all down to him, his work ethic, his belief in himself and his never-give-up attitude.

“It’s a great story and Matt is a great guy, a great teammate and we’re lucky to have him.

“Tonight was an example of where he did everything that he had to do. He was calm in all situations.

“Wasn’t tested much but was there when we needed him and he looked like a player that’s going to Arsenal, for sure.”