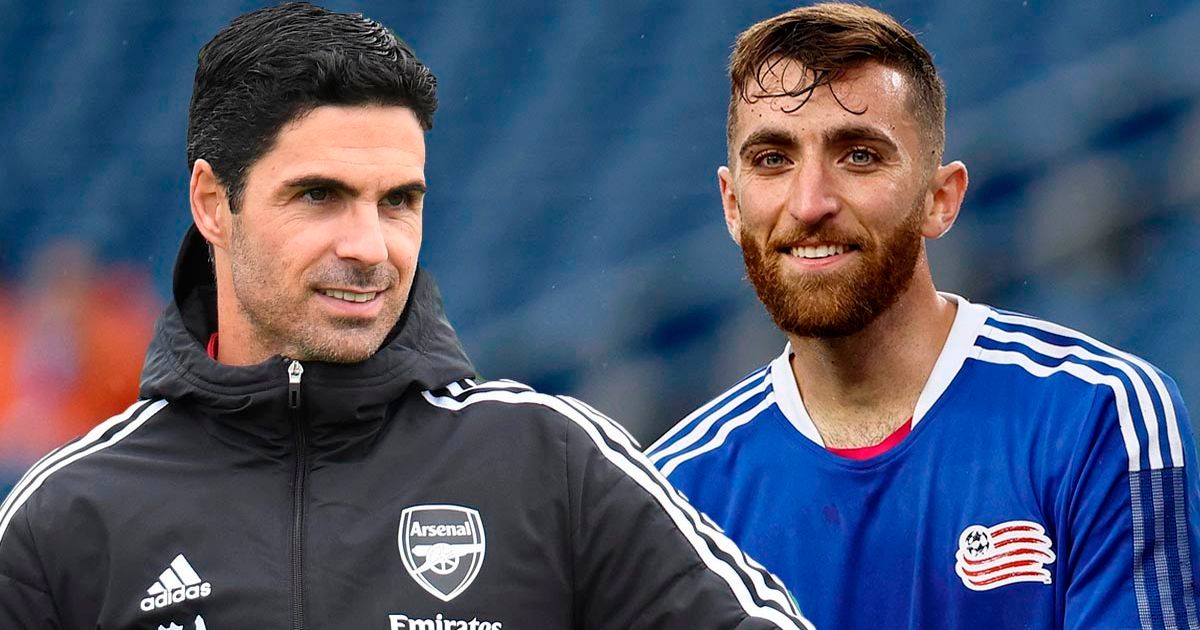 American stopper Matt Turner, who is the reigning MLS Goalkeeper of the Year, is set to join Premier League side Arsenal as their second-choice goalkeeper in a £5.8m deal

Arsenal are close to completing a £5.8million deal for goalkeeper Matt Turner.

The 27-year-old American is not a household name in England but has a fine CV, helping current side New England Revolution win the MLS Supporters’ Shield last year and taking over as the USA’s No.1 in the past 12 months.

Turner was also named the MVP in the prestigious MLS All-Star game in 2021 and is the competition’s reigning Goalkeeper of the Year.

At international level, he’s picked up 14 senior caps and was part of the US squad that lifted the Gold Cup – Central America’s equivalent to the Euros – last year.

And Turner has a tremendous reference from USA head coach Gregg Berhalter, who’s hailed the stopper’s “amazing” rise, after only making his international debut last year and with just four years of MLS experience under his belt.

How much do you know about Matt Turner? Let us know in the comments below!

“It’s just an amazing story and it’s all down to him, his work ethic, his belief in himself and his never-give-up attitude,” said Berhalter after the USA’s victory against El Salvador on Thursday.

“It’s a great story and Matt is a great guy, a great teammate and we’re lucky to have him. Tonight was an example of where he did everything that he had to do.

“He was calm in all situations. Wasn’t tested much but was there when we needed him and he looked like a player that’s going to Arsenal, for sure.”

That will be music to the ears of Arteta, with Turner expected to become Arsenal’s second-choice goalkeeper, providing cover for England international Aaron Ramsdale, 23.

Their current No.2 is Bernd Leno, although he is now expected to leave the Emirates in pursuit of regular first-team football ahead of this year’s World Cup in Qatar, having been unhappy with Arteta’s decision to dump him after Ramsdale’s arrival.

The German’s former team Bayer Leverkusen and Premier League strugglers Newcastle are interested in signing Leno in the coming days.

“He’ll be desperate to leave the club,” said Arsenal legend Alan Smith when asked about Leno’s future last October. “He is an experienced keeper. He won’t want to be a No2 for any longer than he needs to be.

“But he can’t go knocking on the manager’s door because Ramsdale has done so well. He is a big personality and he has pulled off some great saves.

“For Bernd Leno, there will be plenty of clubs after him, if he becomes a man available.”

“It may not be in January, but it’s hard for a goalkeeper who’s been first choice to suddenly not be any more, and it’s obvious that he isn’t.”