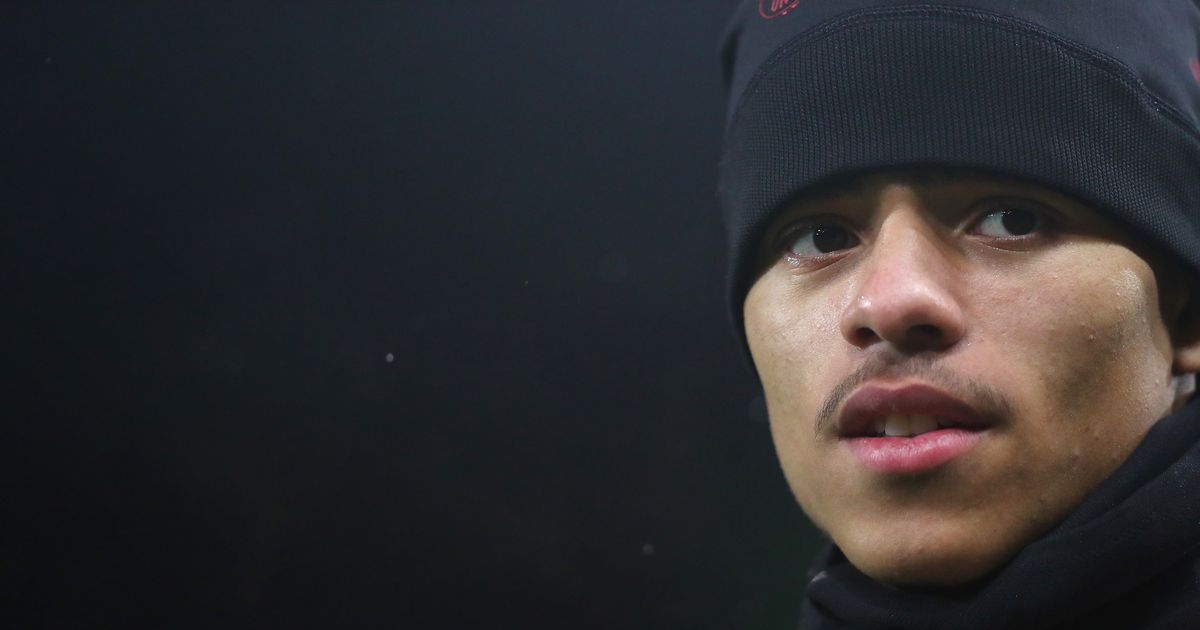 Mason Greenwood was arrested and released on bail this week on suspicion of rape, assault, sexual assault and threats to kill – with his club Manchester United facing Middlesbrough in the FA Cup on Friday night

Manchester United’s FA Cup tie against Middlesbrough at Old Trafford will be played against the backdrop of one of toughest weeks the club has endured in recent memory.

Mason Greenwood’s arrest on suspicion of rape, assault, sexual assault and threats to kill sent shockwaves through the football world, but particularly at United.

Greenwood, who has been released on bail pending further investigations, was heralded as one of the biggest talents to come through United’s Academy in recent years.

A generational talent, lauded at 18 as the best finisher at the club by former boss Ole Gunnar Solskjaer, now finds himself suspended by United until further notice.

United interim boss Ralf Rangnick admitted the episode involving Greenwood had been difficult to deal with, but urged his players to put it out of their minds going forward.

For now, though, United must forget all about the 20-year-old forward and focus on the task in hand – namely ending their five-year wait to lift a trophy.

The Europa League triumph of 2017 under Jose Mourinho was the last time United won anything, with the FA Cup realistically their only chance of silverware this season.

Although United are in the last 16 of the Champions League, where they will face Atletico Madrid later this month, few would tip them to go all the way and lift the trophy.

And with the Premier League title well out of reach, the FA Cup has suddenly assumed huge significance for United as they aim to win a trophy and kickstart an era of success.

If United’s preparations were not already hampered by the controversy surrounding Greenwood and his absence, they were further compromised with Rangnick’s claim that Jesse Lingard had asked for time off to “clear his mind” after failing to get a deadline day move away from United.

Man Utd have suspended Mason Greenwood after the allegations

Lingard countered Rangnick hours later on Twitter, insisting his mind was clear and that the club had advised him to take some time off for “personal reasons”, contradicting his manager’s earlier claim.

It was the second time in recent weeks Rangnick and a player have conducted a public spat, after Anthony Martial – now on loan at Sevilla – contested his manager’s claim he had refused to travel to Aston Villa for last month’s 2-2 draw in the league.

Against that backdrop, tonight’s game is huge for United and Rangnick. Lose and their season is reduced to a desperate scramble for the remaining Champions League spot, in what is now a five-way battle with West Ham, Arsenal, Tottenham and Wolves.

Win and they can build on the momentum of two successive Premier League wins and end a horrible week on a positive note. Now more than ever, United need to get back to winning ways and to stay on course to end that uncharacteristic trophy drought.

*If you are suffering from domestic abuse, you can seek help and support by calling Refuge on their 24-hour hotline on 0808 2000 247 or visit nationaldahelpline.org.uk