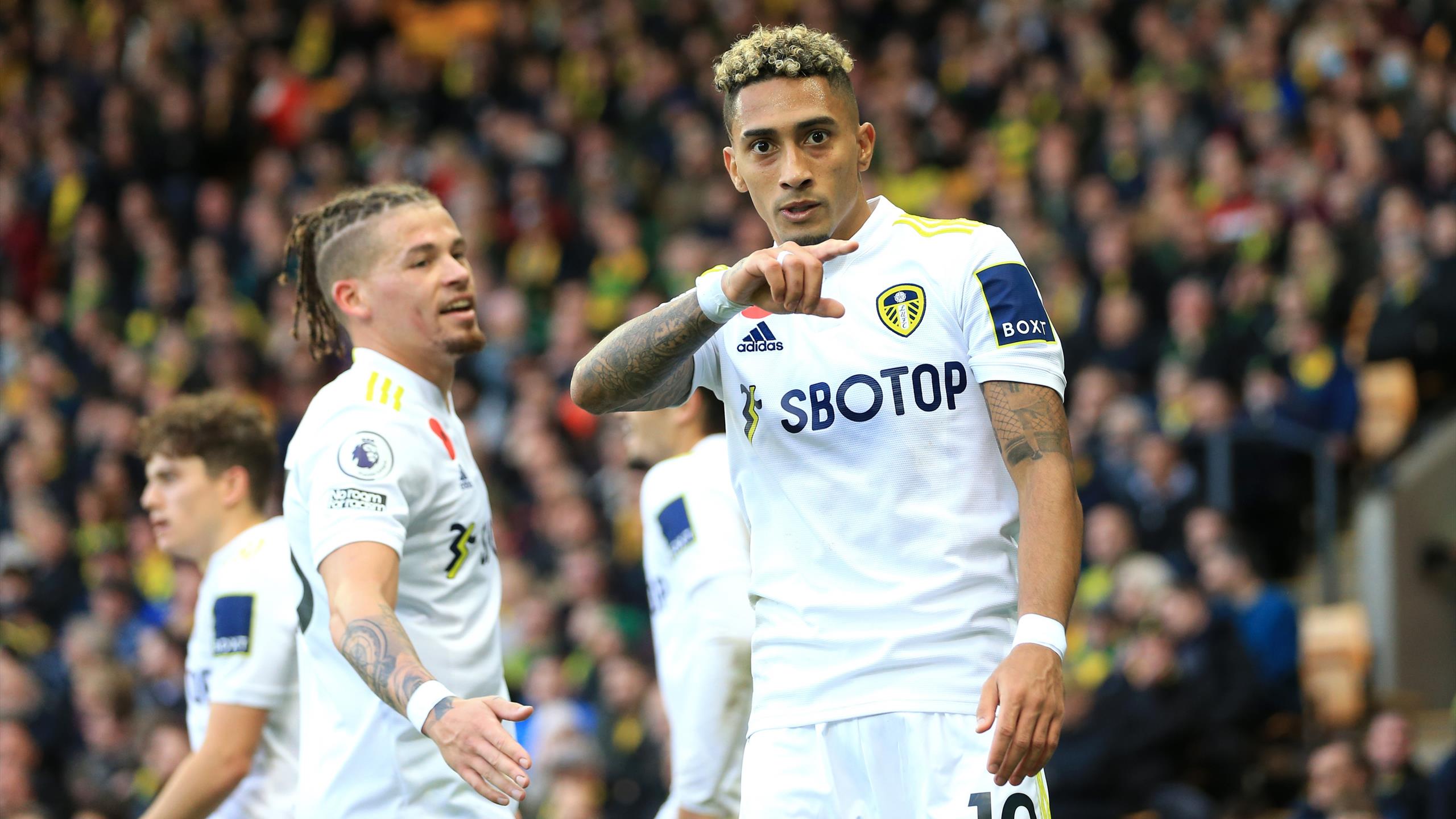 United in the hunt for Raphinha

The Mirror reports on Manchester United’s incoming new manager Erik ten Hag and his plans for the summer. The Dutchman wants to sign a central striker and reinforce other positions, but if he can’t find a new forward to play through the middle then he would want a left-sided winger. 25-year-old Brazilian Raphinha would be a target especially if Leeds go down, but it would be hard to overcome the teams’ rivalry.

Paper Round’s view: Raphinha has impressed over the last couple of years in the Premier League but the fact remains that he is part of a side that is struggling to avoid relegation. At 25 his time has come to move on to test himself further up the league, and it poses a tough challenge for Marcus Rashford, as he has fallen down the pecking order at Old Trafford this season.

Arsenal close in on Marquinhos

Arsenal are set to make their first signing of the summer transfer window, according to The Sun. The 19-year-old winger Marquinhos plays for Sao Paolo and the Londoners have negotiated a £3 million fee for the player. He is expected to sign a deal that will run until 2027, and there had been interest from other clubs, including Premier League side Wolves and La Liga outfit Atletico Madrid.

Paper Round’s view: Arsenal could be playing Champions League football next season and if Mikel Arteta is able to continue his decent work with the team, then they could go far in the tournament. That would mean the club need an enlarged squad, and with Eddie Nketiah and Alexandre Lacazette set to follow Pierre-Emerick Aubameyang out of the club, they need more attacking players.

Burnley are looking to appoint Vincent Kompany at the end of the season, with the club hoping to secure their Premier League status at the final round of the campaign. The former Manchester City captain has done a reasonable job at Belgian side Anderlecht but is open to returning to the North West of England as manager, according to the Daily Mail.

Paper Round’s view: Bringing Kompany back to the Premier League would be a sensible option for Burnley as they look to overhaul their squad after they grew a tad stale under Sean Dyche in recent seasons. But regardless of being in the Championship or the Premier League, they will need to be carefl of the dangers posed by bringing in a manager with no serious experience of management in a top division.

Chelsea defender Antonio Rudiger has explained his reason for quitting the club – they did not follow up on a contract negotiation for months. The 29-year-old German international has a contract that is up at the end of the summer and he is free to negotiate a deal with a foreign club already, and a domestic club at the end of the season. He is expected to join Real Madrid but there is no confirmation.

Paper Round’s view: Rudiger has been largely reliable for the past two years for Chelsea and they have found themselves in a huge crisis when it comes to their defenders. There is a chance that Andreas Christensen will leave in the summer as well, and Thiago Silva can not go on for much longer. For Real they will be able to start the new season with another excellent player.