Manchester United boss Ralf Rangnick: A draw against Burnley is not enough after excellent first half 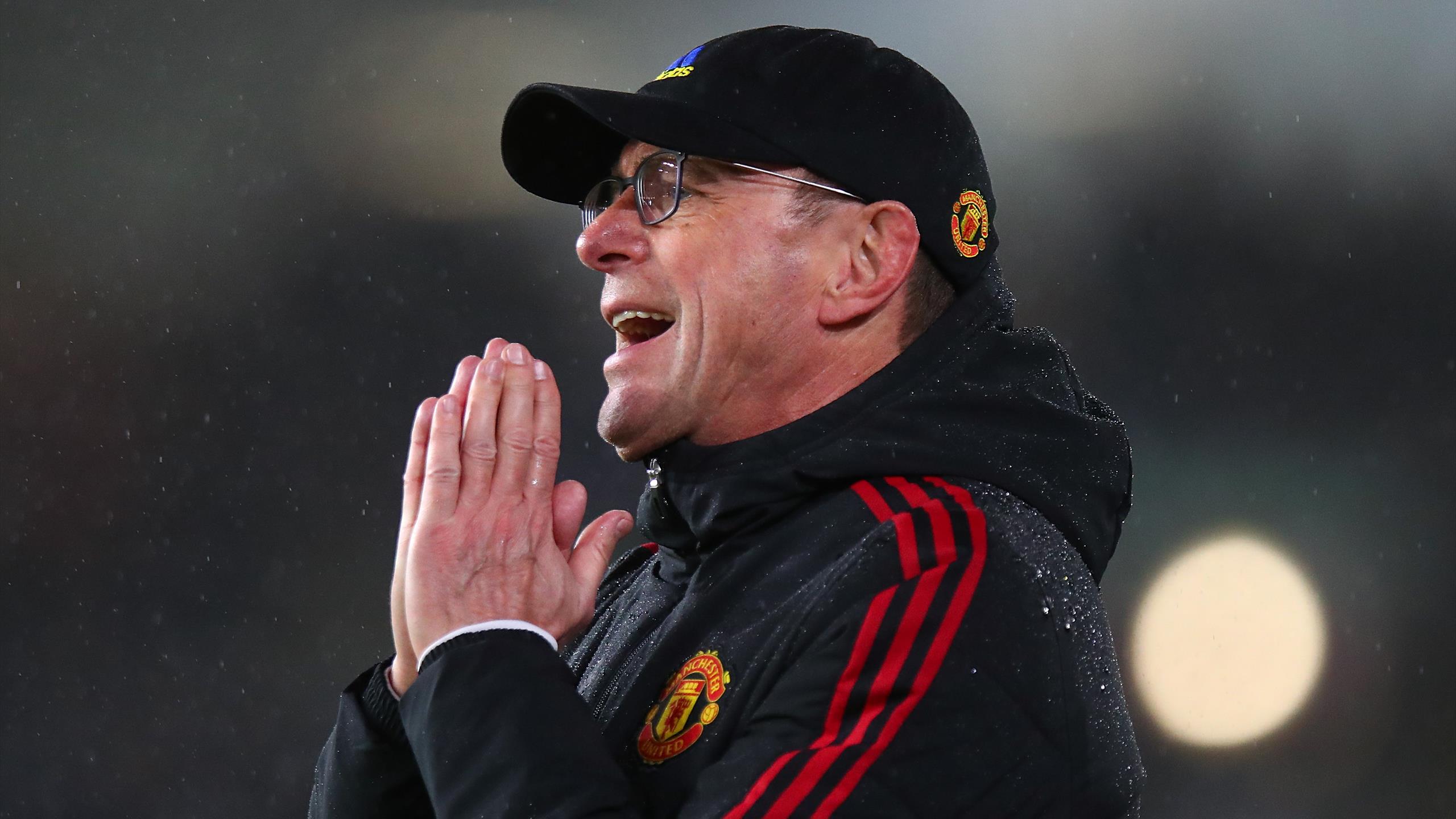 Manchester United boss Ralf Rangnick praised his players but said a draw would ‘not be enough’ after failing to beat Burnley.

United had started well with a disallowed effort from Raphael Varane, and then Paul Pogba scored his first goal for the club in a year as he made his way back from a thigh injury.

Despite the strong start from the club, Jay Rodriguez scored soon after the restart for the home side and they were able to claim a point after a difficult start.

The draw sees United slip to fifth, a point below West Ham in fourth but with a game in hand, though if Arsenal win their three games in hand on West Ham and two on United, they would leapfrog both of them.

Rangnick has enjoyed a mediocre start to his career as interim boss with United, and he may find himself out of the running for the permanent job if he does not secure Champions League football next season.

However the German was pleased with the performance, pointing to three goals, even if two were disallowed.

“We scored three goals! That is different to Friday. The second one that was disallowed, the linesman flagged foul but 10 seconds after that incident. This was a very soft decision I must say,” he said after the match.

“Again we played an excellent first half. We controlled and dominated the game. We scored the three goals but two were disallowed.

“In the second half we were not aggressive enough. It was clear they would come out and be aggressive. The way we allowed them to score, we didn’t defend the whole situation.”

While he was pleased with the performance, Rangnick acknowledged that a point was not enough.

“A frustrating night for us because we should have won that game comfortably,” he continued.