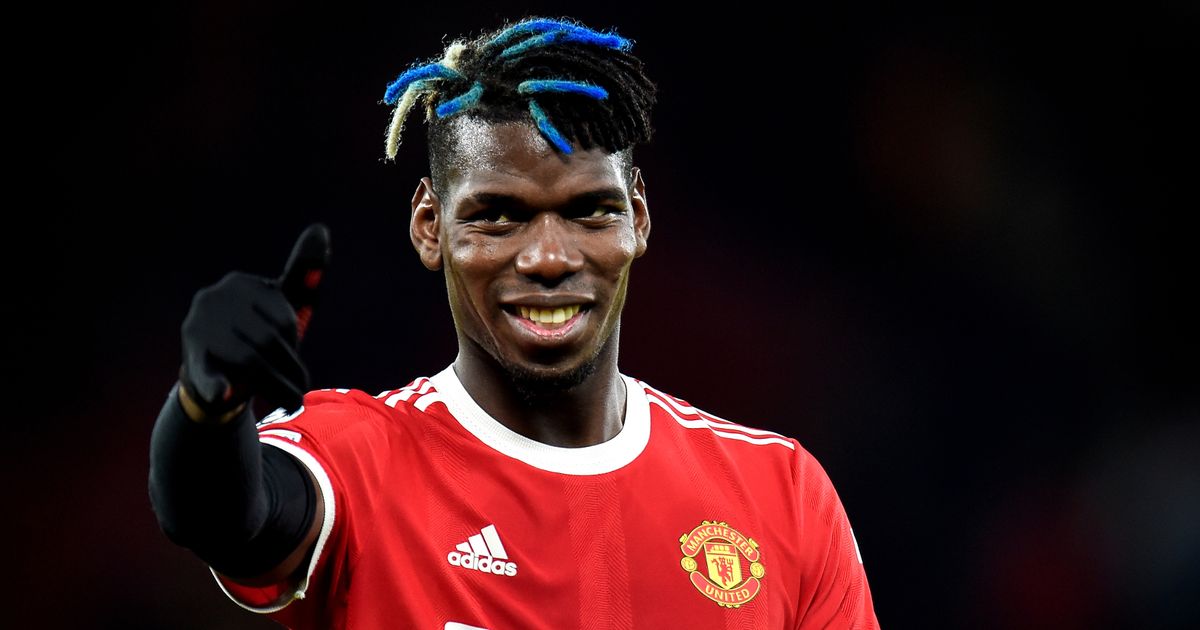 The January transfer window is only three days away from closing and Manchester United are yet to make any additions to their squad.

Ralf Rangnick was expected to be entrusted with funds to spend this month but so far it’s been a case of more outs than ins at Old Trafford.

Want-away winger Anthony Martial joined Sevilla on loan for the remainder of the season while Amad Diallo is another who has departed, linking up with Rangers on a temporary basis.

The Red Devils have been linked with several top talents, but it appears as though any more movement in Manchester this month could see several other squad members joining the exodus.

As we enter the final few days of the transfer window, Mirror Football brings you up-to-speed with all the latest transfer gossip coming out of Old Trafford.

United’s interim manager Rangnick has all but confirmed Paul Pogba is set to depart the club on a free transfer for a second time when his contract expires in the summer.

The German’s recently revealing comments suggested the Frenchman remains part of his plans for the second half of the season in an effort to seemingly aid his exit.

However, while the 28-year-old has been hotly tipped to seal a dream move to Real Madrid, it appears a move back to his homeland may be on the card instead.

According to L’Equipe, Paris Saint-Germain have made Pogba their priority for the summer and will push to beat Madrid to his signature.

The Ligue 1 giants appear set to lose Kylian Mbappe when his own contract expires at the end of the season and could well be replacing one French superstar with another.

HAVE YOUR SAY! Who should Manchester United look to sign in the final few days of the transfer window? Comment below.

Jesse Lingard wants to leave United on loan this month
(

The collapse of Jesse Lingard’s proposed loan to Newcastle is reportedly rooted in the fact United are “petrified” of seeing the midfielder thrive elsewhere, as exclusively reported by Mirror Football.

Sources close to the player also suggest United’s treatment of Lingard has not gone down well with his team-mates, like Marcus Rashford, with the pair currently training together in Dubai during the mid-season break.

Lingard appeared set to join Premier League strugglers Newcastle until the end of the season but the deal has effectively broken down because of United’s insistence on a £12million survival payment if he helps the Toon stay up.

The 29-year-old is out of contract in the summer and tipped to depart Old Trafford for good after finding minutes hard-to-come-by this season despite the Manchester club’s insistence that he had a future following his fruitful loan spell at West Ham.

It remains to be seen if the Red Devils will allow him to leave before Monday’s deadline, but a deal is appearing increasingly unlikely.

Crystal Palace are continuing with their push to sign Donny van de Beek on loan from United.

According to in-the-know transfer expert Fabrizio Romano, talks continued between the Eagles and the Dutchman on Friday with Palace manager Patrick Vieira pushing to complete a deal soon.

Latest discussions between the two parties are said to include the terms of salary coverage and a six-month loan fee for the remainder of the season, though a deal will not include an option to buy.

Van de Beek has become increasingly frustrated with a lack of playing time at Old Trafford, failing to make a Premier League start so far in a mere eight league outings this season.

The chances of a deal being struck appear to have been additionally boosted by Vieira’s former Arsenal teammate Dennis Bergkamp – father to Van de Beek’s girlfriend Estelle – intervened to encourage the deal.