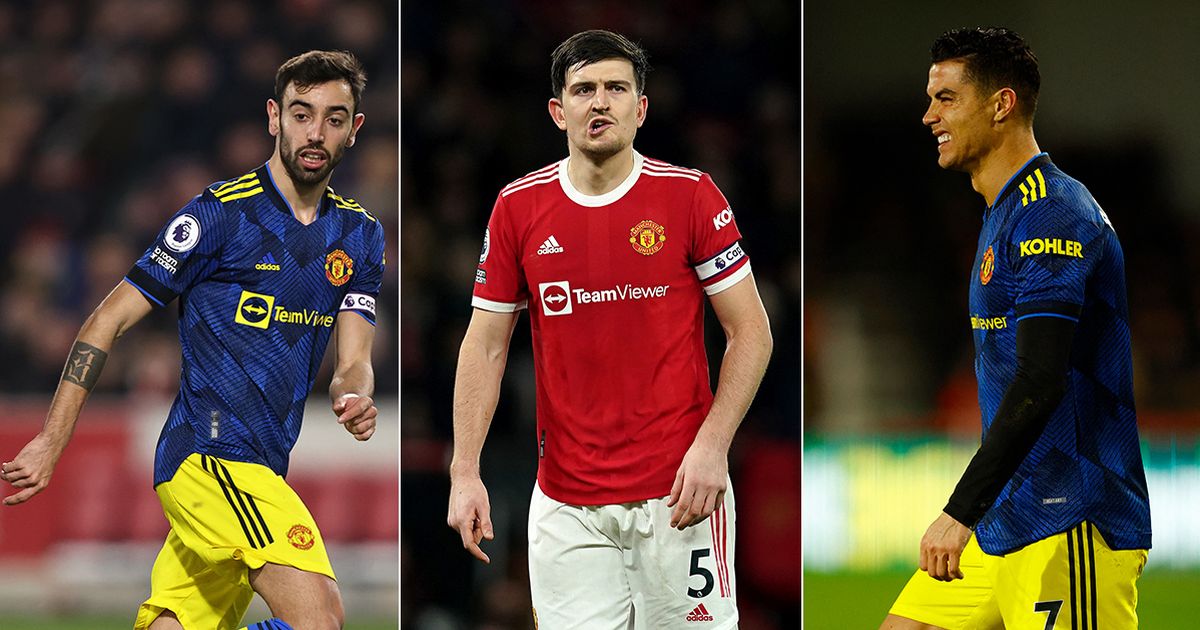 Manchester United cannot afford to drop points against West Ham if they want to qualify for next season’s Champions League.

Ralf Rangnick’s side welcome the Hammers to Old Trafford on Saturday afternoon, knowing only a victory will help their cause.

Man Utd are currently seventh in the Premier League, two points behind West Ham in fourth with a game in hand.

Victory would propel the Red Devils into the Champions League spots, although defeat could – quite literally – be a hammer blow to their European hopes.

Fellow top-four rivals Arsenal and Tottenham aren’t in action again until Sunday afternoon, when they take on Burnley and Chelsea respectively.

Who should Ralf Rangnick start against West Ham? Let us know in the comments below!

Man Utd manager Rangnick won’t have a lot of defensive options on the table with two key centre-backs unavailable.

Eric Bailly is still competing in the Africa Cup of Nations with the Ivory Coast and Victor Lindelof will miss Saturday’s game following a break-in at his family home.

“I spoke with him at length on our flight back home from London and also this morning,” said Rangnick when asked what happened to Lindelof and his family in his pre-match press conference.

“We spoke for 20 or 25 minutes, he told me what actually happened, that this was a traumatic event, especially for his wife and three year old son.

“He said to me right now he needs to stay at home, he doesn’t want to leave his wife and family on their own, which I can fully understand, being a father of two children myself.

“We agreed he will not be on duty tomorrow for the game.”

Captain Harry Maguire, who was on the bench for the team’s last two Premier League games against Aston Villa and Brentford, is expected to be recalled.

Raphael Varane is almost certain to keep his place alongside Maguire at centre-back, while Diogo Dalot and Alex Telles will play at right-back and left-back respectively.

Aaron Wan-Bissaka remains ill and Luke Shaw has still not recovered from a hamstring injury sustained in training. David de Gea certain to start in goal.

“Offensively, he has a lot of assets, he did well for somebody who can deliver crosses from the wing, he can take on players one on one situations,” said Rangnick when asked about Dalot.

“There are quite a few other full-backs in other clubs where it is the same. Quite a few of those full-backs formerly played at right or left-wingers.

Mason Greenwood will be hoping to keep his place after scoring against Brentford
(
Advertisement. Scroll to continue reading.

“Therefore so far with developments I’ve had while I’m here with Diogo and Telles, I’m happy. They get more game-time now because Luke is injured and Aaron is still ill.”

Scott McTominay and Fred are set to continue their partnership in central midfield, while Mason Greenwood is likely to keep his place after his goal against Brentford in midweek.

The same goes for Anthony Elanga – and Bruno Fernandes will be expecting to start behind his Portuguese compatriot Cristiano Ronaldo.

Jadon Sancho, meanwhile, is unlikely to play after suffering a family bereavement. “He didn’t train yesterday because he asked us to not train,” confirmed Rangnick on Friday.

“He attended a funeral on Wednesday, it still affected him quite a lot, he is expected back to training this afternoon at three o’clock, but right now I’m not sure if he will be available for the game tomorrow.

“It was an important member of the family, somebody he was close to all his life. I have to wait and see, speak to him before training and after training and take the decision.”