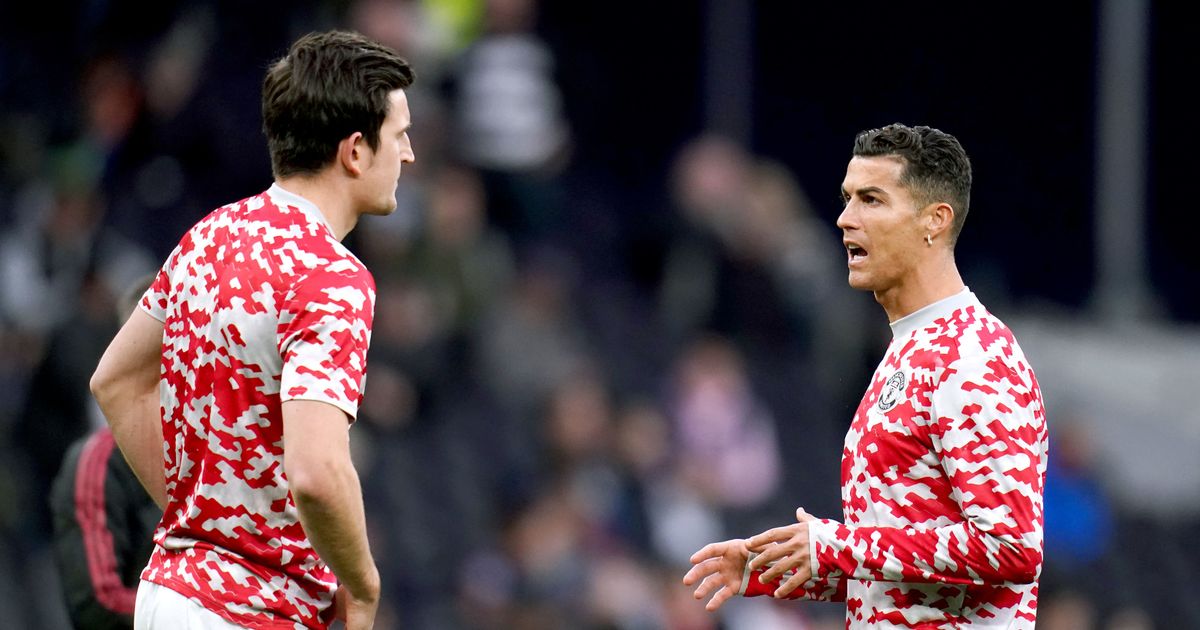 As new manager Erik ten Hag prepares for his first season as Manchester United manager, there have been suggestions the Premier League side could change their captain

Cristiano Ronaldo could end up succeeding Harry Maguire as Manchester United captain as the Red Devils assess the situation ahead of their first season under Erik ten Hag.

England centre-back Maguire has worn the armband for United since the departure of Ashley Young, but the £80m man came in for criticism for some of his performances last season. With Ten Hag having an opportunity to change things up upon arriving from Ajax, the armband could be one of the subjects up for debate.

United’s non-international players will return for pre-season training on Monday, though Maguire has been allowed to go on his honeymoon before linking up with the rest of the squad. And, according to The Daily Star, the new manager could end up making Ronaldo captain when he sits down for talks with last season’s top scorer.

Ronaldo is expected to extend his United stay by 12 months, despite the club slumping to a sixth-place finish last season. While the 13-point gap to the top four will have frustrated those at Old Trafford, the former Juventus star did at least finish top of the scoring charts for the club and third in the overall Premier League standings.

The lowly finish ensured Ten Hag was appointed before the end of the campaign, with former interim boss Ralf Rangnick leaving over the close-season to take charge of Austria’s national side. The new manager is set to speak to Ronaldo in a bid to make clear his plans, reassuring Ronaldo about United’s transfer plans and – as The Star reports – possibly even offering him the armband.

United’s captaincy is a subject which remains the matter of debate, and conversations may continue even if Maguire continues in the role under Ten Hag. Indeed, when discussing the subject on the McClaren Performance podcast, assistant coach Steve McClaren kept his cards very close to his chest.

Who should captain Man Utd this season? Have your say in the comments section

“Going into Manchester United, straightaway in my mind is who are the cultural architects?” McClaren asked. “Who can you build this team around?

The comments might be interpreted as a similar setup to that employed by other Premier League clubs who use leadership groups rather than individual captains. Arsenal, for example, didn’t rush to appoint a permanent captain after previous skipper Pierre-Emerick Aubameyang moved to Barcelona.

In April, when Maguire was left on the bench for United’s Premier League loss against the Gunners, it was Bruno Fernandes who wore the captain’s armband. However, as he prepares for a new campaign, manager Ten Hag will surely have ideas of his own.