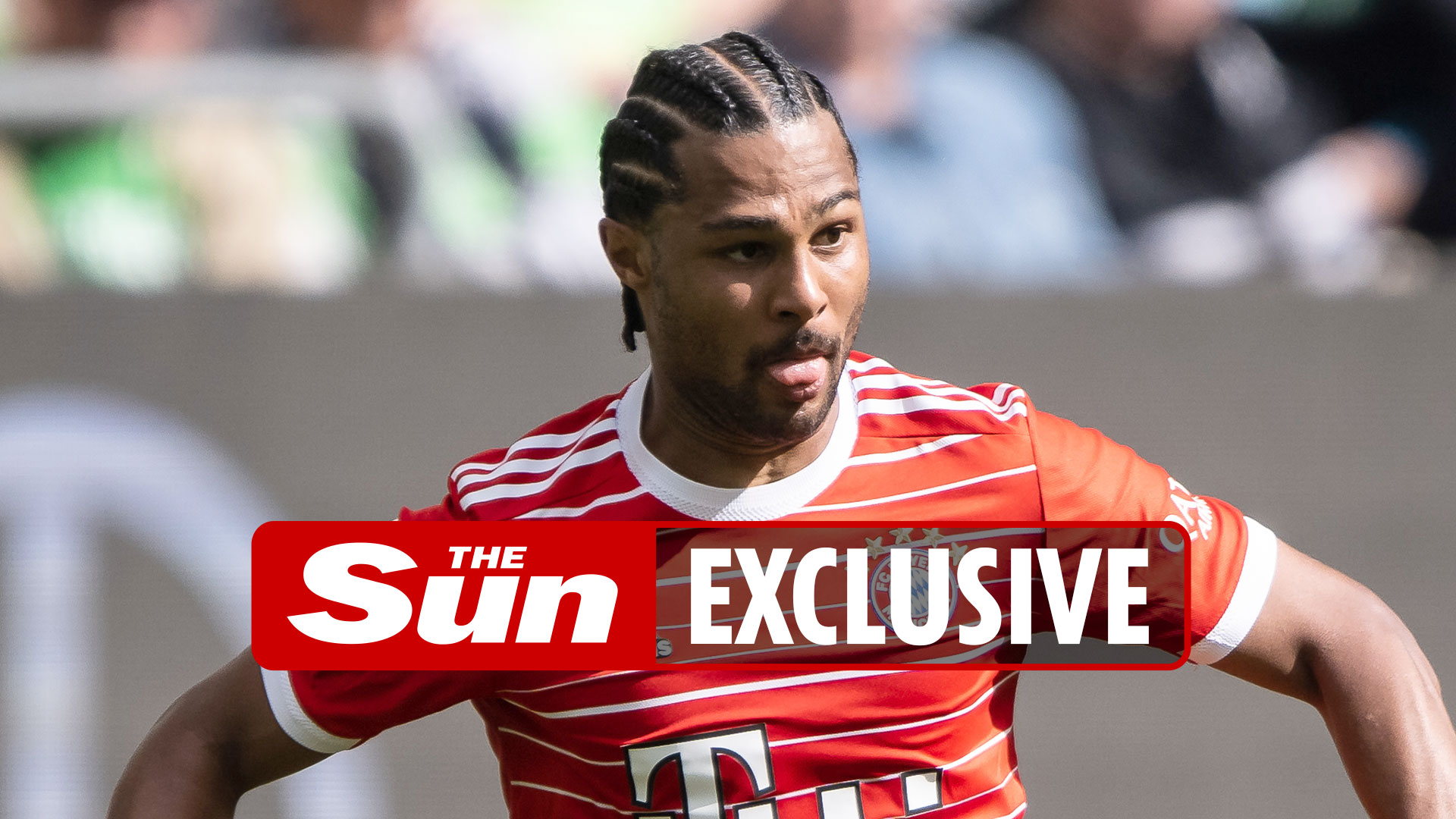 SERGE GNABRY is a shock name on the transfer radar of both Manchester clubs.

And he will leap to the top of City boss Pep Guardiola’s hit list if Raheem Sterling does leave the Premier League champions this summer.

Gnabry has turned down a new contract with Bayern Munich worth just over £200,000 a week.

Bayern are keen to keep the former Arsenal attacker who has just 12 months left on his current deal.

But the German champions will be open to a sale if they cannot reach an agreement.

And if Gnabry, 26, shows no sign of putting pen to paper in the current window, Bayern would be prepared to cash in for around £35million, as it is their last chance to demand a decent fee.

Yet if City and England forward Sterling does end up being sold to Chelsea, Guardiola would move to bring in a replacement, with Gabriel Jesus also leaving the Etihad for Arsenal.

And the speedy Gnabry’s ability to play on both wings as well as down the middle makes him the perfect option should the City chief end up needing to snag another forward.

But Guardiola’s more immediate focus is adding a new left-back after the arrivals of Erling Haaland, Julian Alvarez and Kalvin Phillips so far this summer.

And he hopes to sort that shortly, with an official bid expected this week for Brighton’s £45m-rated Spanish defender Marc Cucurella.

City have so far spent £108m — but could raise as much as £270m in outgoings, including the £54m sale of Ferran Torres to Barcelona back in January.