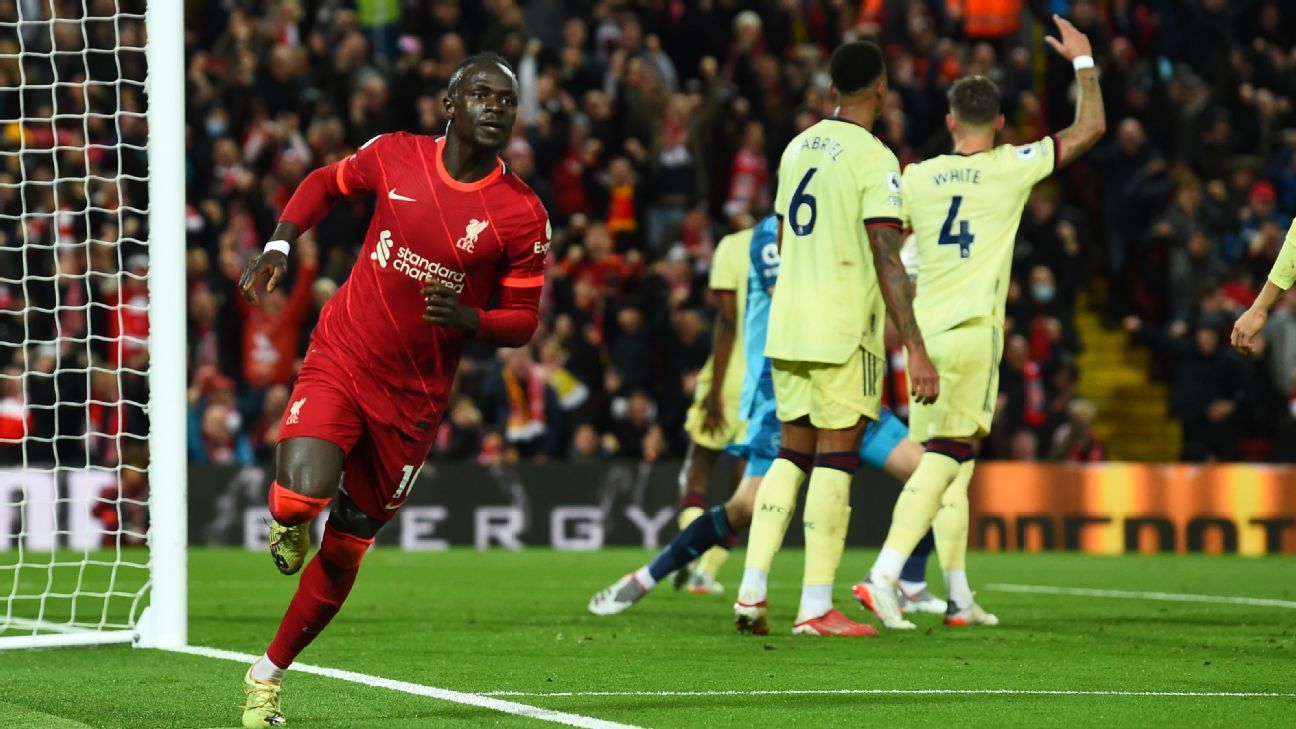 Sadio Mane is open to leaving Liverpool in the summer should he receive an offer from Barcelona or Real Madrid, according to Goal.

The 29-year-old winger is celebrating winning the Africa Cup of Nations with Senegal, but as he nears the final year of his contract that expires in 2023, there has still been no official contact from the Reds over a new deal.

And Mane is now reportedly beginning to think about the future.

It is a childhood dream of his to represent one of the LaLiga giants, adds the story. Set to turn 30 years old in April, Mane has informed his agent that he wants to have the chance to make his dream a reality before he retires.

Since joining Liverpool from Southampton in the summer of 2016, Mane has gone on to become a Premier League, Champions League and Club World Cup winner, while he could further add to his medal tally when Jurgen Klopp’s side take on Chelsea in the Carabao Cup final later this month.

And with the Reds confirming the signing of Luis Diaz from Porto in January, it may now be an easier decision for Klopp to let go of one of his star forwards.

– Tottenham Hotspur are keen on a move for Arturo Vidal, with manager Antonio Conte making contact with the 34-year-old midfielder’s representatives. Chilean newspaper La Tercera writes that Vidal has already decided that he wants to leave Internazionale in the summer, and that the Premier League would be a dream destination for him. Vidal has made just one start in Serie A this season.

– Atalanta are looking for solutions after discovering that Duvan Zapata will require surgery. Calciomercato writes that they are considering making a move for Diego Costa, who is a free agent. The 33-year-old striker has recently been linked with Fenerbahce, with his goalscoring form helping Atletico Mineiro to the Brazilian league title in 2021.

– Xavi Hernandez is pushing for Gavi to sign a new contract, according to Sport. After an impressive display against Atletico Madrid, the 17-year-old midfielder further displayed his importance to Barcelona’s long-term project. The latest suggests that Xavi will now step up talks to get the deal over the line, with the Camp Nou hierarchy prepared to offer their star asset a new five-year extension until the summer of 2027.

– A number of teams are looking to capitalise on the contract situation of Schalke 04 goalkeeper Martin Fraisl, reports the Daily Mail. The 28-year-old shot-stopper is out of contract at the end of the season, and that has seen Norwich City and Rangers now monitoring him over a potential precontract agreement ahead of the summer.

– It’s good news for Arsenal fans as the latest suggests that they will head back into the market to acquire a striker this summer. Fabrizio Romano reveals on the Here We Go podcast that Mikel Arteta‘s side were prepared to spend big in January, but there were a number of targets on the shortlist that clubs did not want to part ways with in the middle of the season. The Gunners are already considering a number of options to begin approaches for, and they will move quickly in the summer to land a marquee signing upfront.