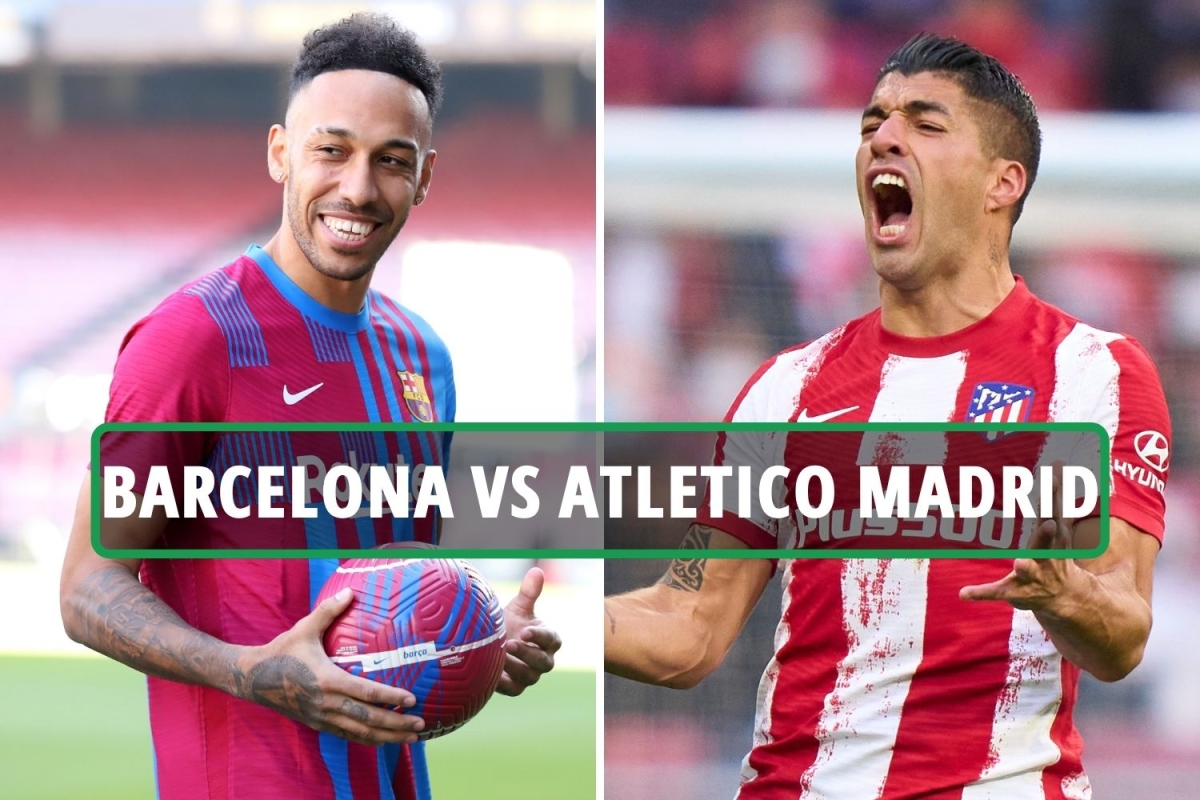 BARCELONA host Atletico Madrid as they look to leapfrog the La Liga champions and move into a Champions League place.

And all eyes will be on Pierre-Emerick Aubameyang, who could make his debut following his free transfer from Arsenal.

The former Gunners captain was raring to go but admitted his only issue at Arsenal was boss Mikel Arteta.

He commented: “I think it was only with him and then he took this decision. He wasn’t happy and that’s it. I was calm.”

Barca have underachieved this year and currently sit in fifth position in La Liga.

But Atletico are having a wretched season themselves as they sit fourteen points behind league leaders Real Madrid, as well as Sevilla and Real Betis.

Diego Simeone’s side are currently in fourth place, just a point ahead of Barca.

What time does Barcelona vs Atletico Madrid kick off?

What TV channel is Barcelona vs Atletico Madrid on and can I live stream it?

Pierre-Emerick Aubameyang is expected to start alongside fellow new signing Adama Traore, with Luuk de Jong in the middle of a front three.

But elsewhere on the pitch, Barca are beset by injuries.

Former Barcelona star Antoine Griezmann is out for Atletico, along with Geoffrey Kondogbia and Marcos Llorente.

New signing Daniel Wass may well be the man chosen to fill in at right-back for the injured Llorente.

*Odds from Betfair correct as of Saturday, February 5