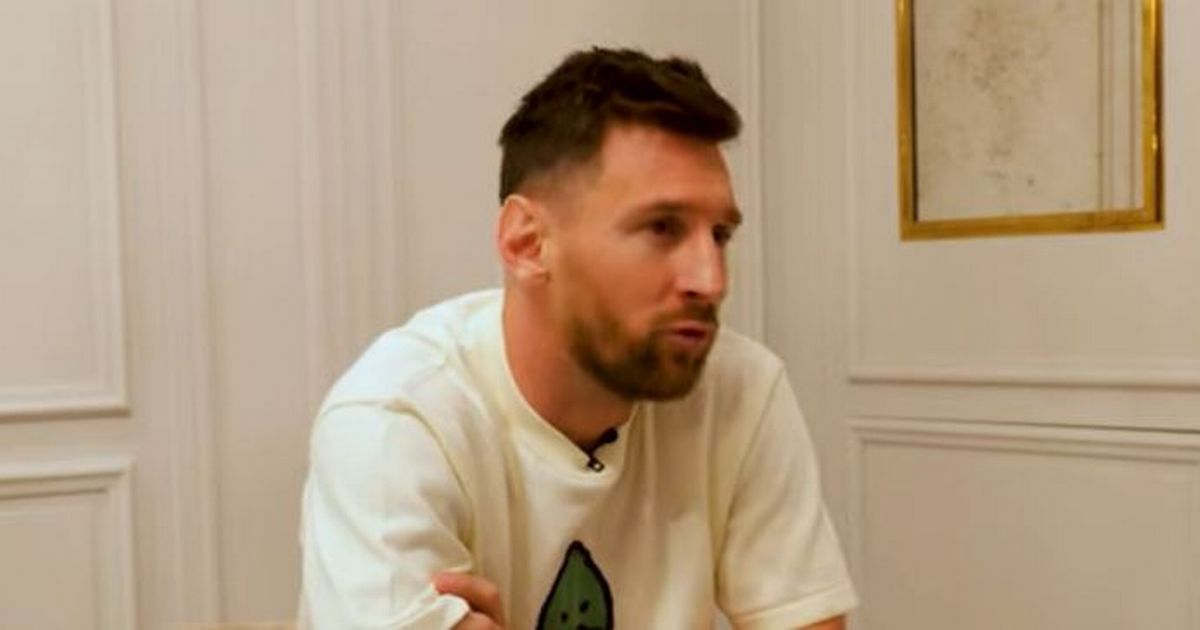 Lionel Messi and Cristiano Ronaldo have never got into a slanging match or rubbished the other in the press. In fact, they’ve often shown each other the utmost respect off the pitch

Lionel Messi and Cristiano Ronaldo have been rivals since the moment they emerged on the football landscape.

But not rivals in the typical sense.

Messi and Ronaldo have never got into a slanging match or rubbished the other in the press.

In fact, they’ve often shown each other the utmost respect off the pitch, with Ronaldo even inviting Messi to dinner back in 2019.

“We have shared the stage 15 years. I don’t know if that’s happened before – the same two guys on the same stage all the time,” Ronaldo said of Messi three years ago.

“Of course, we have a good relationship. We haven’t had dinner together yet, but I hope in the future. We had that battle in Spain. I pushed him and he pushed me as well. So it’s good to be part of the history of football.”

Have Your Say! Who is the better player between Cristiano Ronaldo and Lionel Messi? Tell us in the comments.

Lionel Messi is one of the greatest footballers of all time
(

Messi later accepted the invite, telling Supersport TV: “Yes, I don’t have any problem with that. We might not be friends because we’ve never shared a dressing room together but I always see him at award shows and there’s no problem.

“I don’t know if there will be a dinner because I don’t know if our paths will cross for obvious reasons, each one of us has our own life and our own commitments. But obviously, I would accept the invitation.”

Of course, there have been moments of friction.

Ronaldo never shies away from an interview and is always keen to give his often opinionated thoughts on a topic.

Upon winning his fifth Ballon d’Or in 2017, Ronaldo heaped praise on himself and even name-dropped Messi, suggesting the Argentine ace is not in his league.

Ronaldo said: “No other player has won as many individual trophies as me. And I’m not only talking here about the Ballon d’Or. That says something, no?

“It’s not only the work that I’m doing in the gym as people think. It’s a combination of many things.

“Legends like Floyd Mayweather or LeBron James, they didn’t get to this level of perfection by chance. It must be many factors coming together. To be at the top and stay there, you must always have more talent than others.

“You know, I respect everyone’s preferences. But I don’t see anyone better than me. I always thought that.

“No other footballer does things that I am not capable of doing myself. But I see that I do things that others can’t do. There’s no player more complete than me. I play well with two feet, I’m fast, powerful, good with headers, I score goals, I deliver assists.

“People have the right to prefer Neymar or Messi. But I insist: There is no one more complete than me.

“You will go and say that I have a big head, but when you’re at the top, it’s normal that you’re criticised. I am the best player in history, in both good and bad times.”

Messi has since gone on to eclipse Ronaldo in the Ballon d’Or stakes, winning a record seventh this season.

After collecting the Golden Ball, the PSG star opted against referencing his rivalry with Ronaldo in any following interview.

The Manchester United forward, however, responded with the word “facts” to an Instagram post suggesting France Football always find a way to award Messi the Ballon d’Or over Ronaldo, even if he’s had a poor season.

As aforementioned, Ronaldo always has more to say about his rivalry with Messi and has on a number of occasions aimed a subtle dig in the direction of his counterpart.

But that doesn’t mean to say the Argentine has never done the equivalent.

While Messi always keeps his cards close to his chest, he did take a mild swipe at Ronaldo’s penchant for attention after collecting his sixth Golden Shoe award for scoring the most league goals in Europe’s top divisions in 2019.