ARGENTINA made it to the Copa America Final thanks to Emiliano Martinez’s heroics in an intense semi-final clash that ended with a penalty shoot-out.

The two teams drew 1-1 during normal period at the Estadio Nacional de Brasilia thanks to Lautaro Martinez’s opener for the Albiceleste and Luis Diaz’s equaliser.

Lionel Scaloni’s men opened the scoring after just seven minutes when Giovani Lo Celso’s wonderful through ball found Lionel Messi in the area and the captain passed back to Lautaro who beat David Ospina with a fine finish.

Colombia then missed three major chances to equalise, first with Juan Cuadrado who was played in the area thanks to Diaz and was denied by Martinez from close distance just a minute after the Argentines’ opener.

Then Wilmar Barrios fired a powerful shot from the edge of the box that caught a deflection off Lo Celso before hitting the left-hand post.

A minute later Yerry Mina got a header from a corner-kick and forced a spectacular save from the Aston Villa goalkeeper, who lunged towards his top left corner.

Argentina then came close to doubling their lead when Nicolas Gonzalez picked up a header from Messi’s corner-kick but was denied by Ospina from close range.

Colombia finally got their equaliser on 61 minutes when Edwin Cardona played Diaz down the left flank and the Porto star completely outran Gonzalo Montiel to beat Martinez from a tight angle.

Argentina then missed an incredible opportunity to regain the lead when Daniel Munoz lost the ball in midfield and Ospina foolishly came off his line after 74 minutes.

Angel Di Maria dribbled past the Colombia goalkeeper and passed to Lautaro whose shot was blocked on the goal line by Barrios.

Then Messi hit Ospina’s right-hand post after a beautiful through ball by Di Maria in the 80th minute.

The penalty shoot-out was as dramatic as the rest of the match with Rodrigo De Paul missing for Argentina following a dreadful shot that went over the crossbar.

But Albiceleste goalkeeper Martinez ended up being the hero as he denied Davinson Sanchez and Mina as well as Cardona’s critical spot kick.

Messi, Leandro Paredes and Lautaro were all on target whereas Cuadrado and Miguel Borja were the only ones who scored for Colombia.

That led to a 3-2 win for Argentina on penalties and now Scaloni’s men are set to face bitter rivals Brazil on Saturday at the Maracana Stadium.

Colombia, on the other hand, will take on Peru in the third-place play-off the night before.

In this article:Arsenal, Featured, Messi 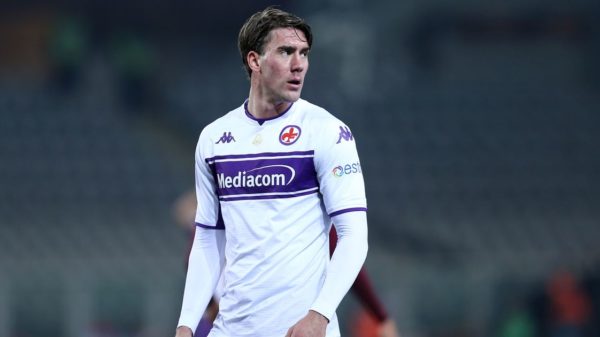