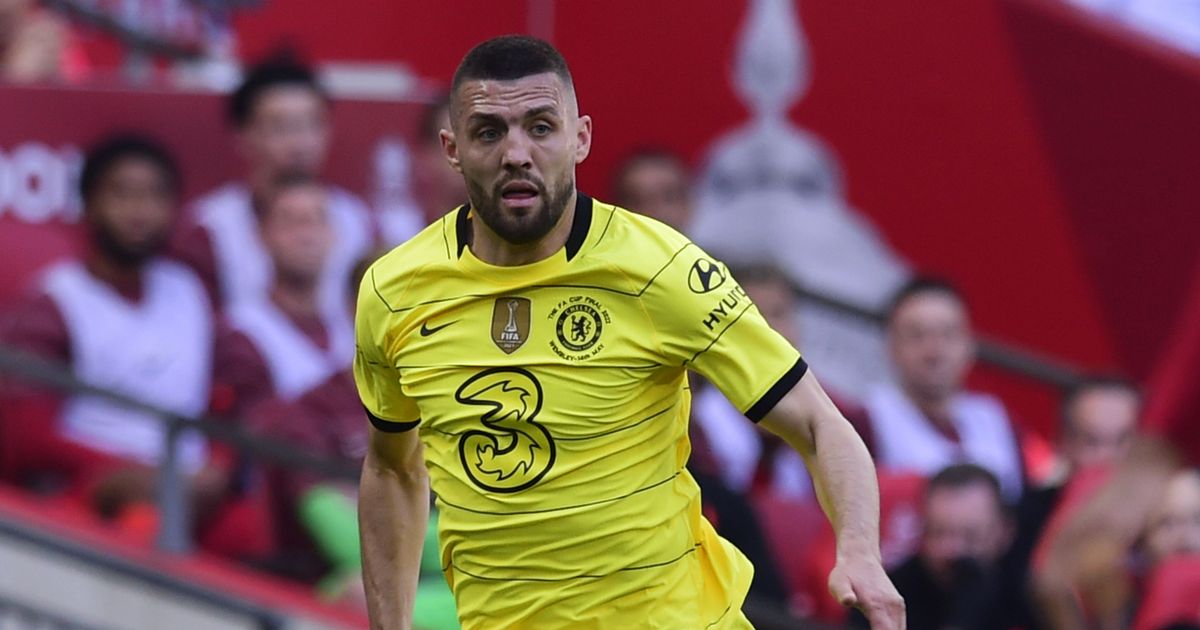 Chelsea have just one game left of an anti-climatic season in which they failed to mount a serious title challenge, with Thursday’s 1-1 draw against Leicester a prime example of how they have dropped too many points this campaign.

Nonetheless, Thomas Tuchel will be happy that his side picked up no fresh injuries from that midweek stalemate against the Foxes, although he could well remain without five players for their final game of the season against Watford on Sunday.

Here is all you need to know about the current state of play at Stamford Bridge and the expected return dates for those out injured.

Croatian midfielder Mateo Kovacic remains in the treatment room after picking up a recurring ankle problem against Liverpool on Saturday, which he sustained in the victory over Leeds just three days before.

It is yet another major blow for Kovacic, who missed out on Thursday’s draw with Leicester, and there remain doubts over whether he will feature in Chelsea ’s final game of the season on Sunday.

Speaking on May 11, following the 3-0 victory over Leeds, Tuchel said: “It looks swollen and painful. It’s the same ankle he had injured already. It doesn’t look good.”

Have Chelsea mightily underachieved this campaign? Let us know your thoughts in the comments section below.

Timo Werner has missed Chelsea ’s last two games after injuring himself during the warm up prior to last weekend’s FA Cup final against Liverpool at Wembley, with it believed to be a thigh problem that is troubling the forward.

The German revealed to his manager at the time that he did not feel comfortable to play and after missing out against Leicester on Thursday, there are doubts as to whether he will be fit enough to play against Watford on Sunday, meaning Werner’s season could be all but over.

Speaking in his post-match press conference following Saturday’s FA Cup final defeat, Tuchel said: “Timo felt uncomfortable during the warm-up and said he could not play.”

Andreas Christensen may have played his final game for Chelsea
(

Defender Andreas Christensen has also missed Chelea’s last two games but not through injury, after informing Tuchel on the morning of the FA Cup final that he would not be ready to play despite featuring for the full 90 minutes against Leeds United just three days before.

The Danish international has supposedly complained of stomach issues before games in the past, although his manager has revealed that the reasons for his recent absence will remain private and confidential, and it is unclear as to whether he will feature for the Blues on Sunday.

Speaking on Wednesday, Tuchel said: “[We’re] not sure yet, and at the weekend. [He] came on the morning of the [FA Cup final] and told me he was not ready. He had his reasons, they stay private and confidential, but it was not the first time.”

Chelsea winger Callum Hudson-Odoi has been out of action since starting in the 3-2 victory over Luton Town in the FA Cup fifth round on March 2, before picking up an Achilles injury following his involvement in that match, which was followed by some lower back problems.

The 21-year-old has been ruled out of action ever since and Tuchel has officially confirmed this week that he will not be in contention to feature against Watford this weekend, but is expected to rejoin the squad in pre-season, as he continues his individual training for now.

Speaking on Wednesday, Tuchel said: “”He just dropped out of the squad from one day to another. He’s still in individual training. He will come earlier in pre-season, like Ben Chilwell, to come back on July 2 with team training.”

Left-back Ben Chilwell remains out for the season after undergoing surgery for a torn ACL back in December, with his last appearance coming in the 4-0 victory over Juventus in the Champions League group stage that month.

The England international has begun his rehabilitation and stepped up his recovery of late, and while there was hope that he could link up with the rest of the squad by the end of the campaign, it seems as though Chilwell will have to wait until pre-season to do so.

Speaking on Wednesday, Tuchel said: “It was a big injury, a long time since he was out so hopefully he can reach his level as quickly as possible. He will need pre-season. This will start from July onwards.”