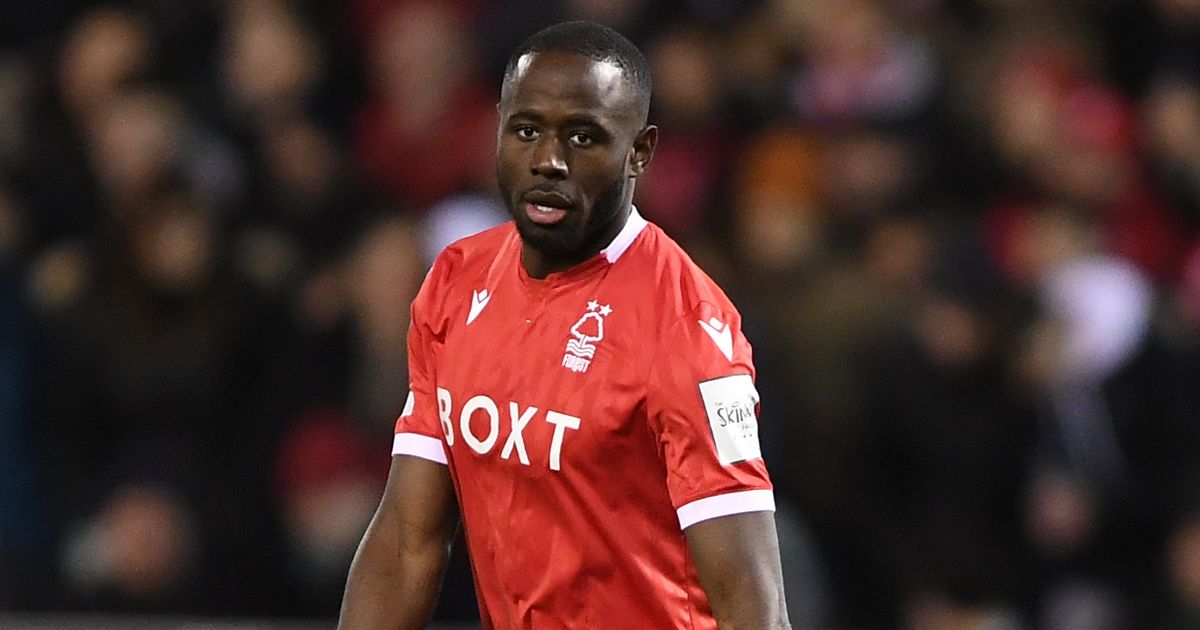 The pitch invader who thumped Keinan Davis is restrained

Keinan Davis has been cleared to return to action for Nottingham Forest on Wednesday night after being attacked by a fan.

Striker Davis helped Championship Forest dump Premier LeagueLeicester out of the FA Cup in a shock 4-1 win at the City Ground.

But the televised Cup clash was marred by an away fan invading the pitch and attacking Davis as home players celebrated going 3-0 up.

Davis played on and was later subbed before posting on social media: “what a win but i’ve got a headache.”

Reds boss Steve Cooper confirmed he held talks with the forward on Monday after reviewing footage of the incident. But he says Davis, who is on loan from Aston Villa, is in their squad for their trip to Blackburn on Wednesday.

And he has backed the police, both clubs and the FA to investigate and deal with the culprit, who has been banned for life by Leicester.

Keinan Davis in action on his Nottingham Forest debut

Cooper said: “I have spoke to Keinan about the incident. He is fine

“I’ve now seen it back and there is obviously no place for any supporter to enter the pitch at any time at any club.

“Certainly the act that was done, there is no place for that in society, nevermind the game.

“I believe both clubs and the police and the governing bodies are in control of everything and I am sure the right process will take place in dealing with it.”

Davis’ clash with the hooligan overshadowed his own latest promising display for Forest.

The powerful 6ft 3in forward has two goals in six appearances during which time Forest have beaten both Leicester and Arsenal in the Cup.

Cooper added: “We are really happy with Keinan and how he has settled in and his performances on the pitch.

“His first few weeks and games have given him a real base to kick on here. We are really enjoying having him and he seems to be enjoying it himself.

“Keinan has made an impact with his hold up play and linked up with the midfield. He can offer some size and aerial ability as well which helps us. He is a good technician and footballer.

“I knew he was decent anyway but when you start working with him up close in some tight exercises and drills, you realise he has a good touch.

“He can certainly keep the ball fairly comfortably.”