Mikel Arteta pulled no punches when it came to Arsenal’s transfer window and how important it would be for his tenure.

“The squad needs changing,” he said. “There were already a lot of changes in December, something that has not been done in years, but it tells us where we were.”

And so far, all of those changes have come in the shape of departures.

David Luiz and Matteo Guendouzi have both departed the Emirates, while youngsters Ben Sheaf and Daniel Ballard have also completed moves to the EFL.

Focus will now turn to potential incomings and with Euro 2020 now very much at the business end, the market could be on the verge of accelerating.

Nuno Tavares and Albert Sambi Lokonga will provide depth, but it’s improvements to the starting XI that are on the mind of every Gunners supporter.

Ben White looks primed to be Arsenal ’s marquee signing of the summer window and recent reports have suggested that bosses are confident of agreeing a fee with Brighton for the £50m-rated defender.

Football.London claim that a deal is close to completion and that his move could be confirmed at the end of England’s Euros.

According to French publication Le10Sport, Arsenal have also submitted a bid to sign Houssem Aouar from Lyon, 12 months after extensive links with the midfielder.

It is suggested that Lyon could be willing to accept around £21m for Aouar, with just two years remaining on his current contract.

Those arrivals would signal a real statement of intent from Arsenal’s owners, something Arteta was confident would happen at some point this summer.

How many players do Arsenal need to sign in the summer window? Have your say here

The Kroenke’s have received huge fan fury in the aftermath of the European Super League, but the Arsenal manager revealed talks he held with Josh, reaffirming his ambition to take the club to the next level.

Asked about conversations he held with Mr Kroenke at the final game of last season, Arteta explained: “The same that he says every time that we’re on the phone, that he’s very supportive, very passionate about the club and he wants to take the club to a different level.

“That’s the ambition and that’s why he’s here.”

“I think a project has its phases and I am telling you we are in a much better position today to be where we want to be very soon – if we do what we have to do.

“But we have to be ruthless. There is no time to waste and there is a lot to do.”

The signings of White and Aouar would go some way to proving that Josh Kroenke is willing to follow through on his major Arsenal promise.

Fiorentina striker Dusan Vlahovic has been linked with a move to Premier League side Arsenal during this month’s January transfer window, and the move... 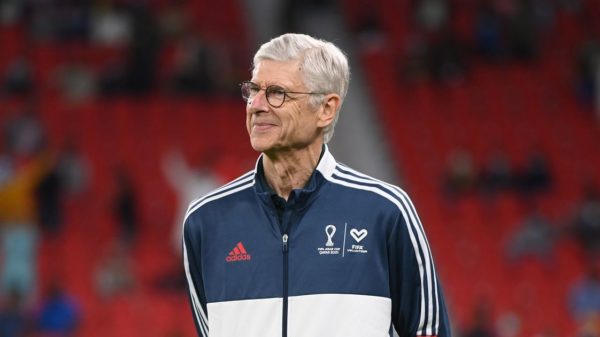 Arsene Wenger will take charge of a charity match in Monaco with Ian Rush – who was supposed to be involved before picking up...