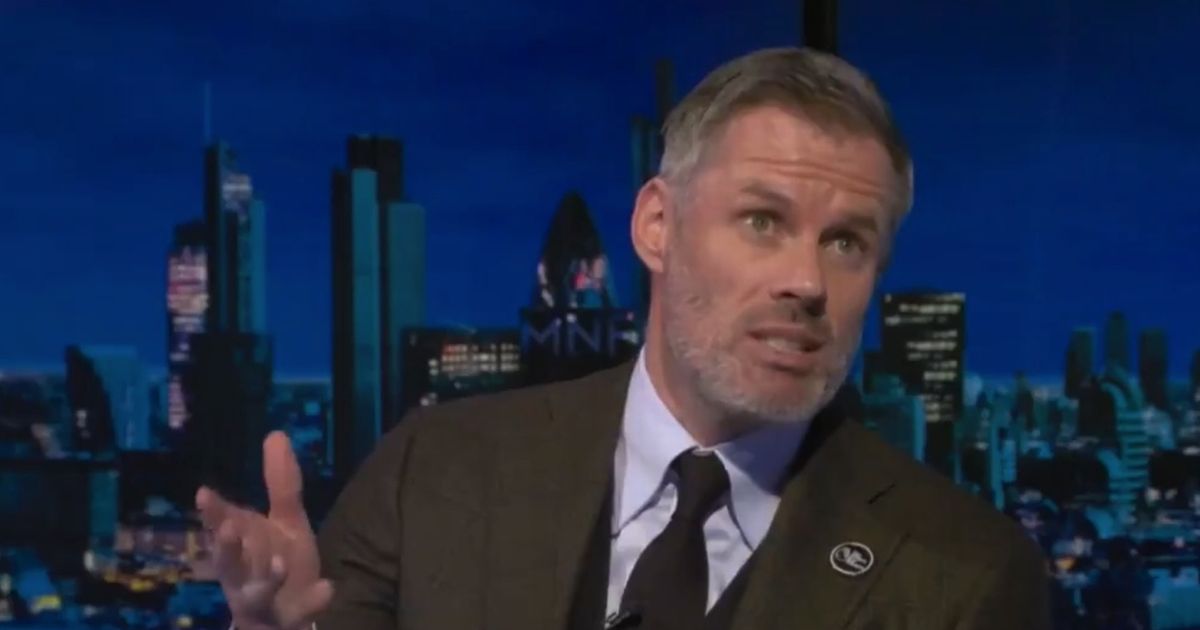 Jamie Carragher believes that Manchester United’s efforts to finish in the Premier League ’s top four will “go to the wire” because of three key factors.

United are currently fifth, a point behind West Ham, after dropping valuable points in back-to-back 1-1 draws against Burnley and Southampton last week.

Ralf Rangnick’s side have taken the lead in both matches, only to be pegged back and frustrated by their opponents.

Jadon Sancho gave them the lead against Saints, but after missing some golden opportunities, United were made to pay by Che Adams’ equaliser just after the break.

Arsenal moved up to within a point to United with their 1-0 win over Wolves on Thursday and there are now five sides in the running to claim fourth place.

Jamie Carragher has given his Premier League top four verdict
(

Former Liverpool defender Carragher thinks that United have a real fight on their hands, with their rivals possessing many advantages on the pitch.

“I think it will be tough for West Ham to get in the top four,” he said on Sky Sports.

“Arsenal, what a win that was for them away to Wolves. The games in hand, no European football.

“You think about how long Manchester United will be in the Champions League, that could play a part. It feels like it will go to the wire.

“I think it will go all the way to the end. Arsenal, do they have enough forwards? Spurs look to be in trouble.

“Right now I’d think you’d take them out of it. Wolves look [like] a really good team.

“Man United, scoring goals is the hardest thing. They are really struggling for any sort of continuity. They seem to be lacking confidence, belief and a system that works for them.”

HAVE YOUR SAY! Which team will clinch fourth place in the Premier League this season? Comment below.

Manchester United struggled in front of goal against Southampton on Saturday
(

West Ham struck in the 91st minute to earn a 2-2 draw against Leicester on Sunday and reclaim fourth place from United.

Tottenham are in eighth place and have now lost three games in a row following their 2-0 defeat by Wolves at home, but have three games in hand on West Ham.

Arsenal also have the benefit of having played fewer games, but may be hindered by their attack, which is reliant on Alexandre Lacazette after Pierre-Emerick Aubameyang left for Barcelona in January.

United will be hoping to get back to winning ways when they take on Brighton on Tuesday night.

Victory would take them into fourth place and two points ahead of West Ham, before they face Leeds United in a derby at Elland Road on Sunday.

While United face Atletico Madrid in the last-16 of the Champions League and the Hammers remain in the Europa League, Arsenal, Wolves and Spurs have the potential benefit of no European football in the run-in.